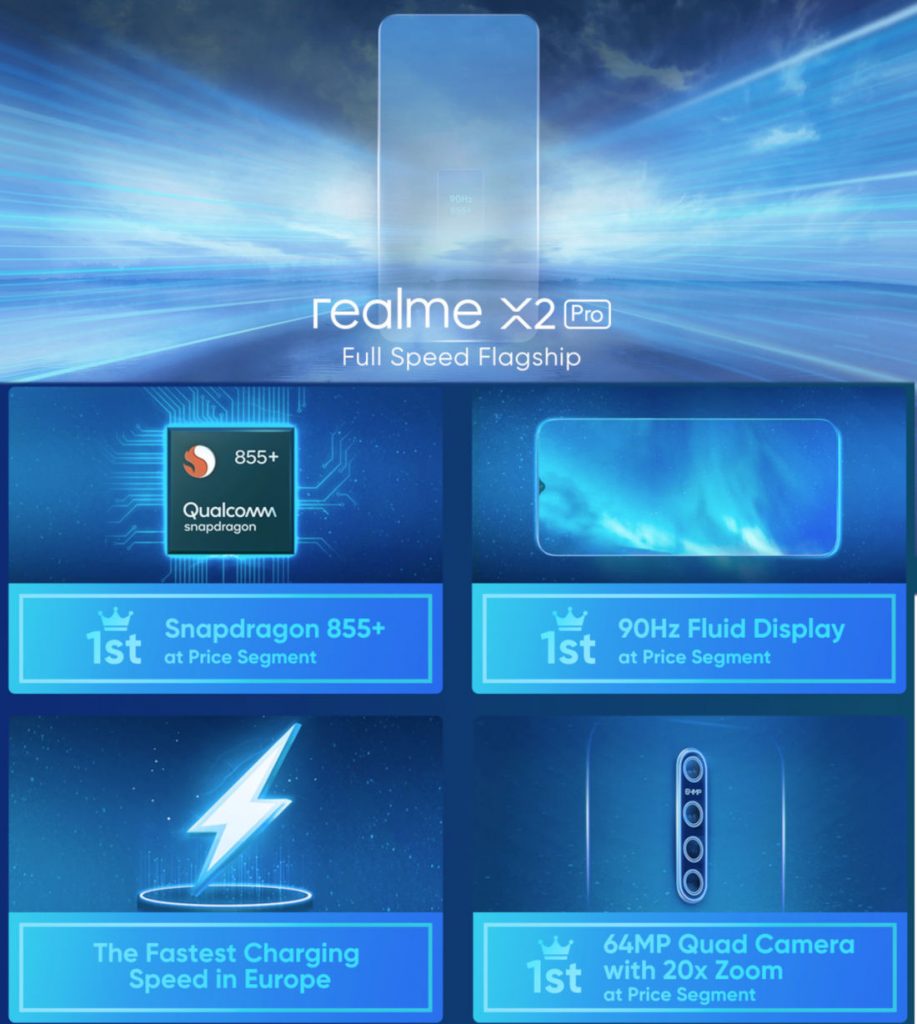 Update: October 5, 2019: realme has confirmed Dual Stereo Speakers with Dolby Atmos and Hi-Res audio certification for the phone. We just have to wait for the release date.

🤖Our best smartphone will allow you to enjoy an immersive experience thanks to Dual Stereo Speakers with Dolby Atmos and Certified Hi-Res Sound Quality.https://t.co/a2vwKml83N#realmeX2Pro pic.twitter.com/FMaUoWGKLR

Update: October 3, 2019: realme now says that the X2 Pro will feature 50W SuperVOOC Flash charge, compared to 65W SuperVOOC fast charging support in OPPO Reno Ace that will be introduced on October 10th in China. Yesterday it said it will have 65W charging, but the new teaser says 50W. 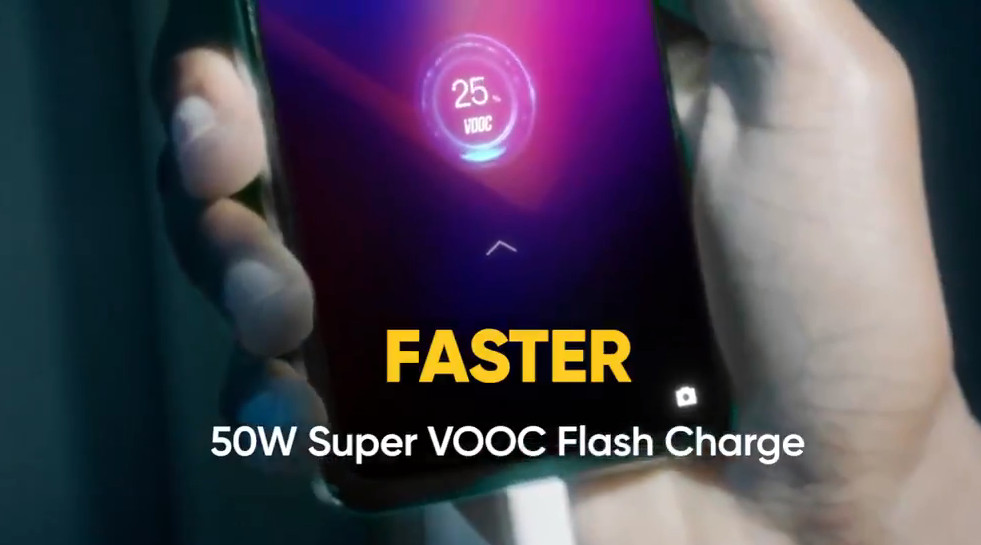 Update: October 2, 2019: realme has posted a new teaser for the Fluid AMOLED display. The teaser also mentions UK, so we can expect it to launch in UK as well, in addition to Spain, as mentioned earlier. 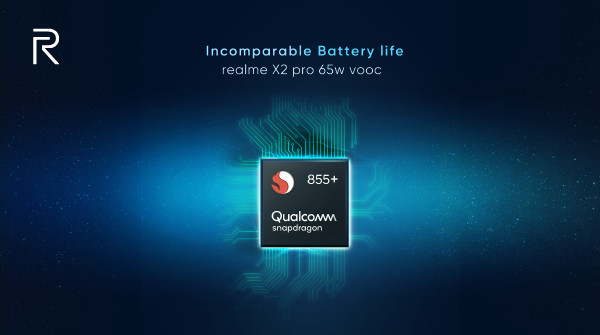 The most advanced screen on the market is on our best smartphone.

Take a look at our realme X2 Pro. Our 90Hz screen will make you not want to look at any other screen. https://t.co/QMXqilKky0#FullSpeedFlagship #realmeX2Pro pic.twitter.com/0kgR0vunZZ

Update: October 1, 2019: realme has confirmed that it will be introduced in European market, in Spain later this month. The company will be revealing its specs every day till October 4th. In addition to Snapdragon 855 Plus, it has now confirmed 64MP quad rear cameras for the phone like the realme X2, but this will replace the macro lens with a telephoto lens that will offer 20x hybrid zoom. 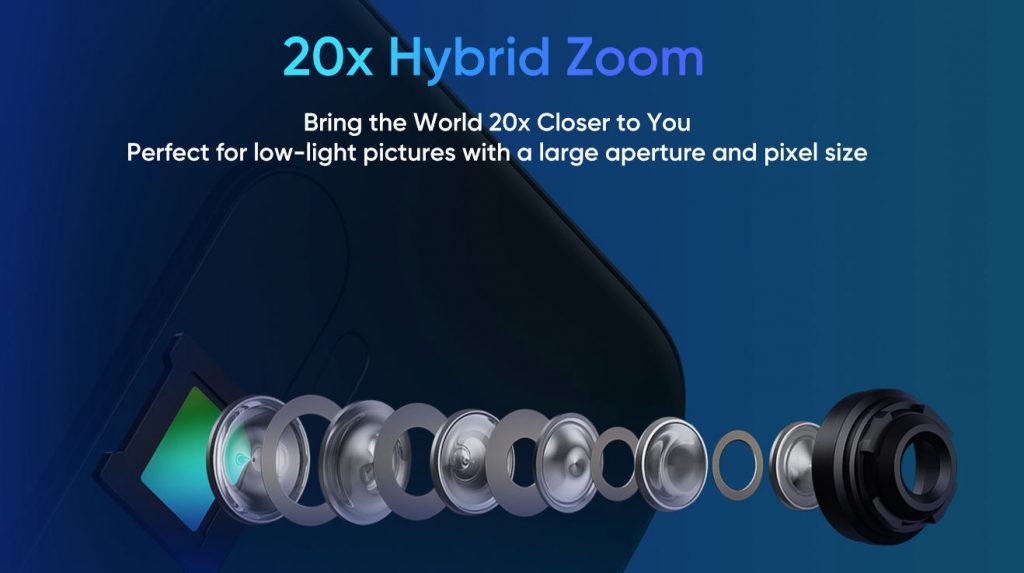 There will also be a 115° ultra-wide angle lens that will also be capable of shooting 2.5cm macro shots and there will be a portrait lens. It has also confirmed 90Hz Fluid display.

Rumors from China reveals 6.55-inch FHD + Samsung display with 90Hz refresh rate, same as OnePlus 7T, but this is said to use dual 1950mAh batteries similar to the OPPO Ace. 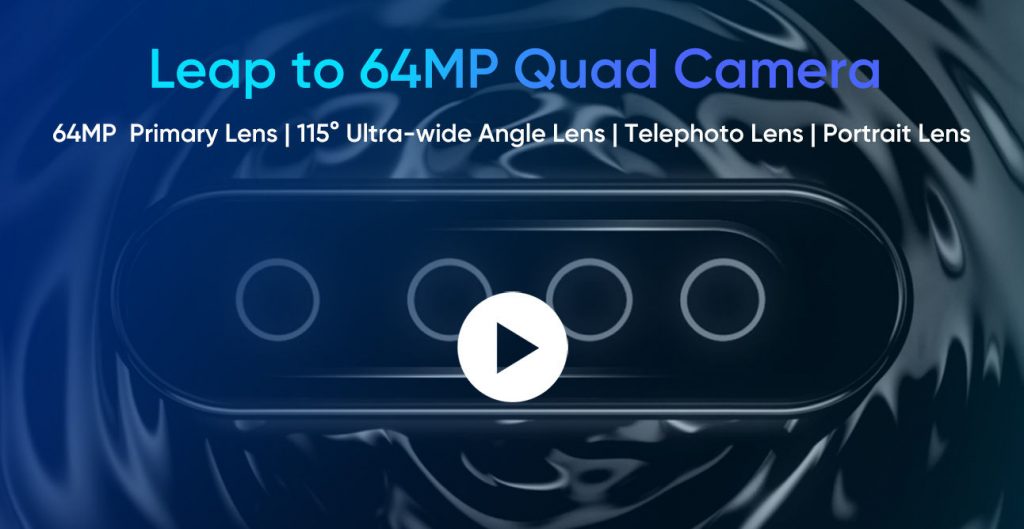 The screenshot confirms Full HD+ (2400 x 1080 pixels) 20:9 aspect ratio display for the phone. The display size has not been revealed yet, but it should be AMOLED panel with support for an in-display fingerprint scanner.

We don’t have any other details of the phone, but it could come with improved cameras and the same 30W fast charging as the X2. It has just been a week since the company introduced the realme X2 smartphone with Snapdragon 730G in China, which will launch in India as realme XT 730G in December.