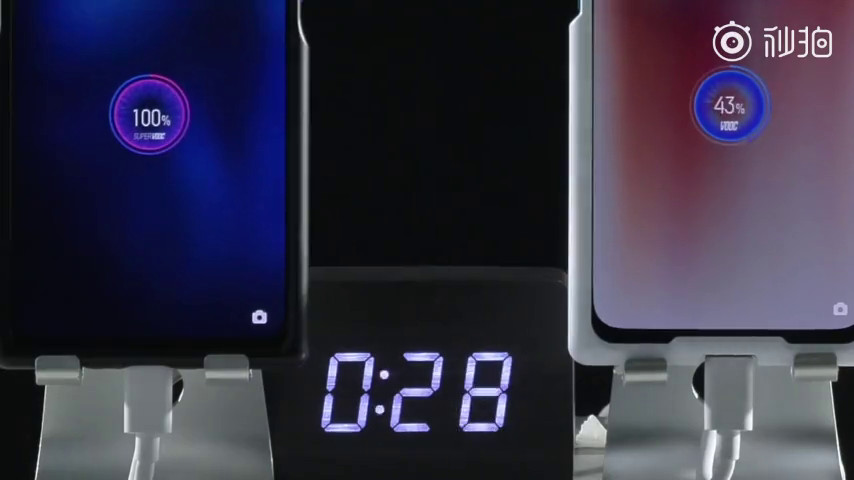 Yesterday OPPO confirmed that its Reno Ace with 65W SuperVOOC charging will be introduced in China on October 10th. As promised, the company has revealed details about its fast charging technology on the phone, which is faster than the 50W (10V/5A) SuperVOOC Flash Charge that was introduced with the Find X Lamborghini Limited Edition last year and is also present in OPPO R17 Pro.

After a lot of anticipation about 65W SuperVOOC, let me show you how fast it really is! 😎 pic.twitter.com/p1UHi18v6Q

As you can see, the 65W SuperVOOC Flash Charger can charge the OPPO Reno Ace’s 4000mAh battery in 27 minutes, and battery fully filled in 30 minutes(battery is not fully filled when the charging indicator hits 100%), while the VOOC 3.0 20W fast charging on the comparison phone was able to charge only 43% in that time. 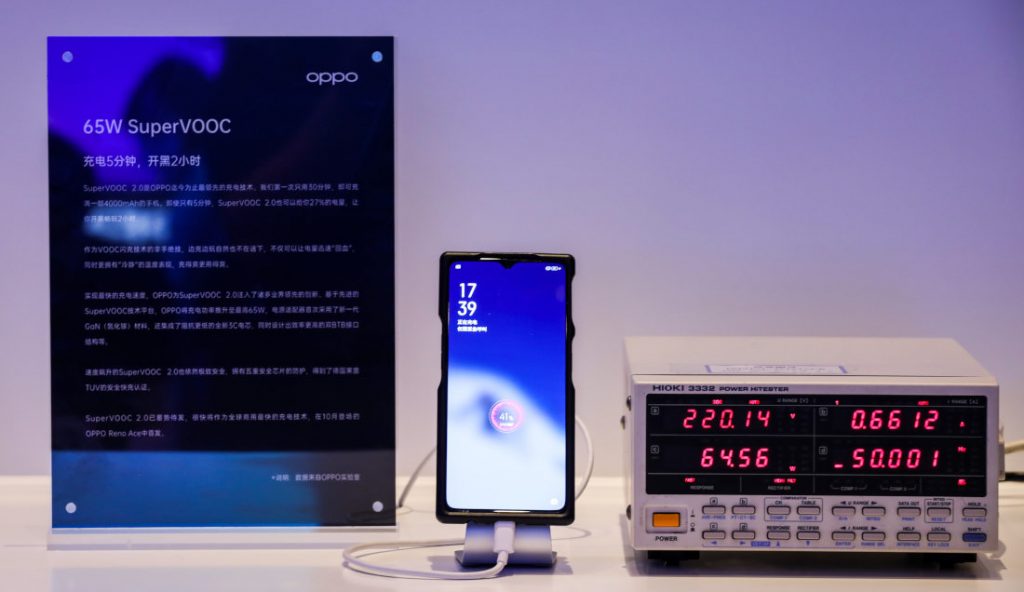 The SuperVOOC 2.0 not only delivers improved charging performance, but also enhanced safety. OPPO has placed five safety protection measures throughout the adapter, wire and handset ends to ensure maximum safety during charging.

The OPPO Find X Lamborghini Edition with the 50W SuperVOOC charging technology was able to charge the phone’s 3400mAh battery from 0 to 100% in just 35 minutes and the OPPO R17 Pro’s 3700mAh can be charged using the same charger in 40 minutes.

We still don’t know any other specifications of the Reno Ace, but it is earlier teaser hinted at 90Hz screen. The phone is expected to be powered by Snapdragon 855 Plus with support for liquid cooling and improved cameras. We should know more details in the coming weeks.