Update: August 20, 2019 — The company has posted first image of the Redmi TV that shows narrow bezels around the screen and Redmi branding on the bottom bezel.

Xiaomi’s Redmi brand today announced that it will introduce its first smart TV in China on August 29th, after it passed 3C certification in China with the model number L70M5 a few days back. The company also confirmed that it will be a 70-inch smart TV. It should be a 4K TV with HDR support, Patchwall UI, Dolby + DTS audio and support for Bluetooth Voice Remote. 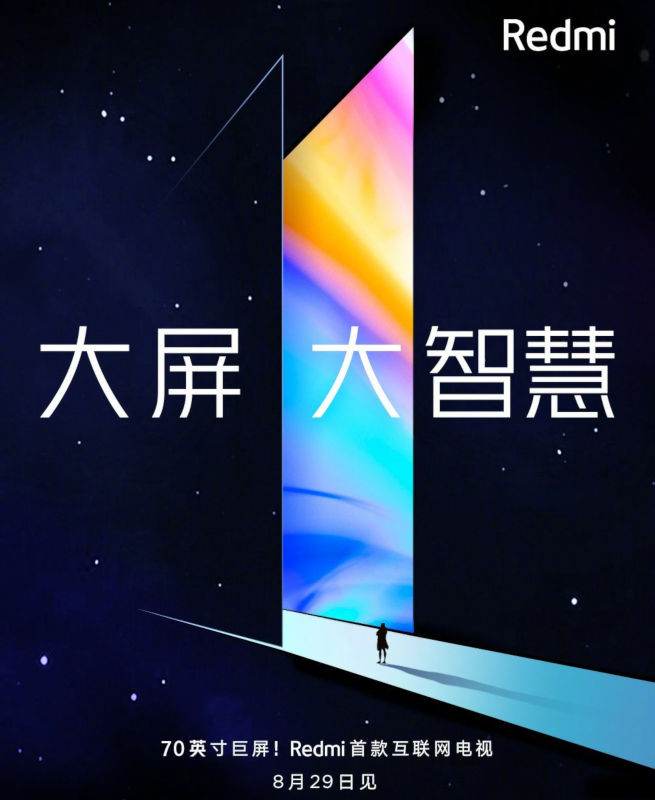 Xiaomi’s CEO Lei Jun in the announcement post on weibo, gave a ‘thumbs up’ emoji as a response to the user who asked if Redmi Note 8 is releasing on the same day. This hints that the company might announce the Redmi Note 8 and the Redmi 8 series phones as well, as the Redmi 8/8A got certified by TENAA last week revealing the complete specifications.