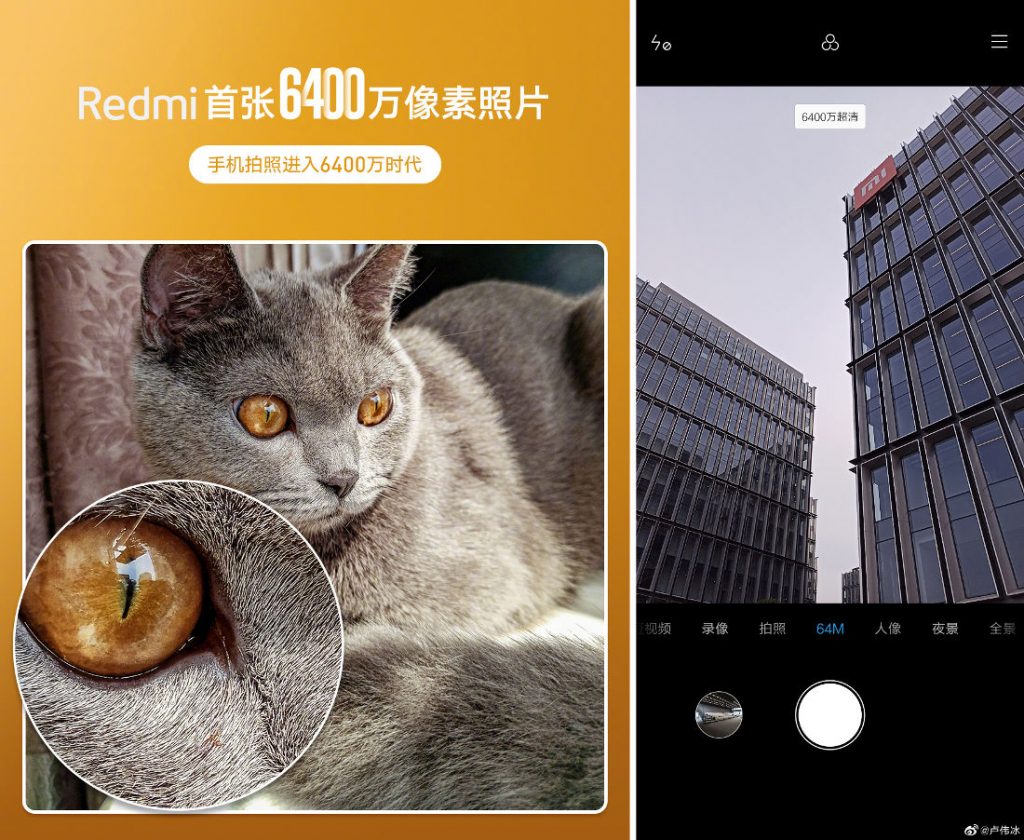 We already know Xiaomi is working on a new smartphone with a 64MP sensor. Today the company has posted the first camera sample from the smartphone, which shows the details it captures that is clear even when you zoom in. Redmi General Manager, Lu Weibing has also posted a screenshot of the camera UI that shows the 64MP mode, similar to the 48MP option on its phones which support it.

This will likely use Samsung’s 64MP ISOCELL Bright GW1 sensor that uses Pixel-merging Tetracell technology and the remosaic algorithm offers 16MP images in low-light environments where four pixels are merged to work as one to increase light sensitivity and highly-detailed 64Mp shots in brighter settings. It also supports real-time high dynamic range (HDR) of up to 100-decibels (dB) that provides richer hues.

Since Xiaomi has started teasing the Redmi phone, we can expect the phone sometime in August.