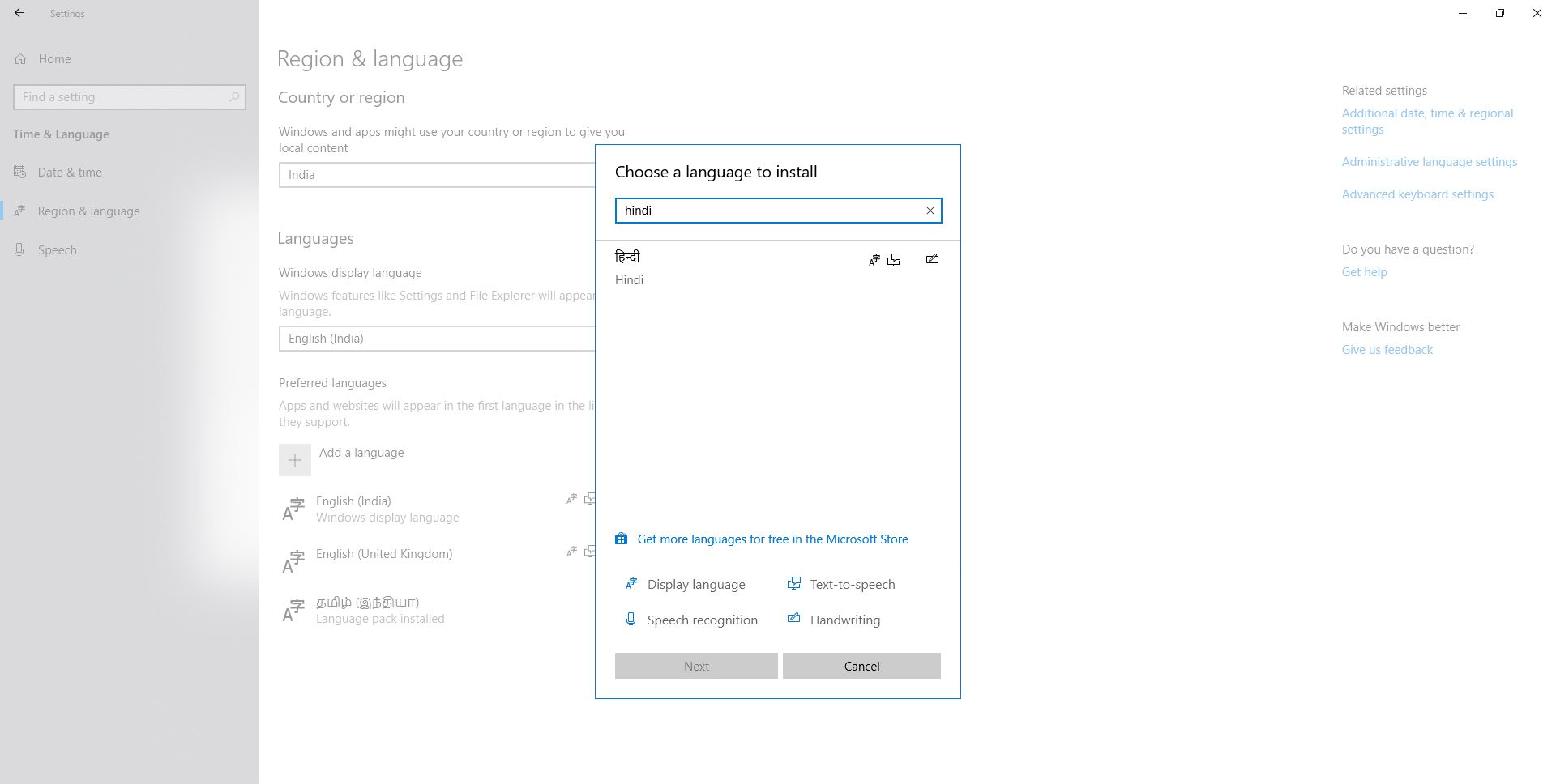 Microsoft rolled out the Windows 10 May 2019 update earlier last month with a light theme, Kaomoji support and more. Today, as a part of the update, Microsoft has announced the release of smart Phonetic keyboards for 10 Indian languages. It is based on natural pronunciation and users can simply start using them immediately without having the need to learn.

The updated phonetic keyboards are available in 10 Indian languages namely Hindi, Bangla, Tamil, Marathi, Punjabi, Gujarati, Odia, Telugu, Kannada, and Malayalam. Users can work in their native or preferred languages on this new keyboard without having the need to purchase customized Indic hardware keyboards. It has also made simpler for users to input transliterated Indic text using the existing keyboards and automatically convert the text from one script to another.

The new tools are expected to improve typing speed and accuracy in Indian languages by at least 20% and also make many regional symbols easier to input. Microsoft says that, earlier, Indic users were required to download Microsoft Indic Language Input Tool (ILIT) and this new update nullifies the need to download and install any external tools.

The updated keyboards have automatically been made available with the recent Windows 10 update (19H1) and the users who have not updated their operating system may get the latest update simply going Settings> Updates & Security> Windows Update. Once the update is installed, they can activate the Phonetic keyboards by going to Language settings.