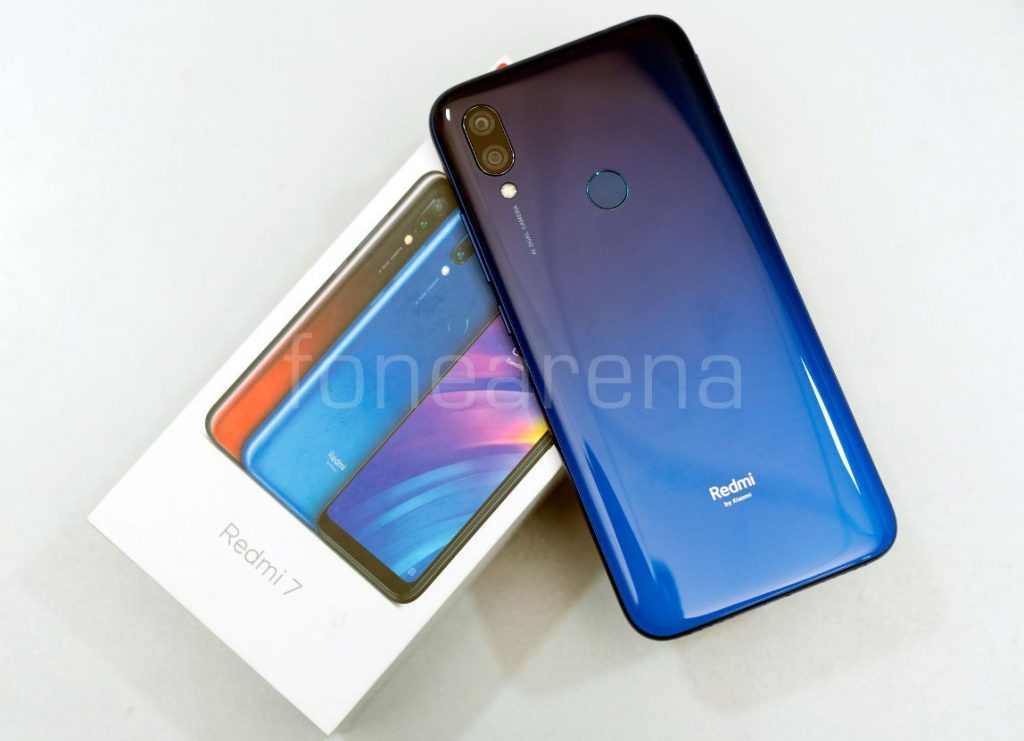 Xiaomi launched the Redmi 7 smartphone along with Redmi Y3 on April 24 in India. We already brought you the Redmi Y3 camera samples and now we have the Redmi 7 Indian retail variant in Lunar Red and Comet Blue colors, check out the unboxing and first impressions of the device, 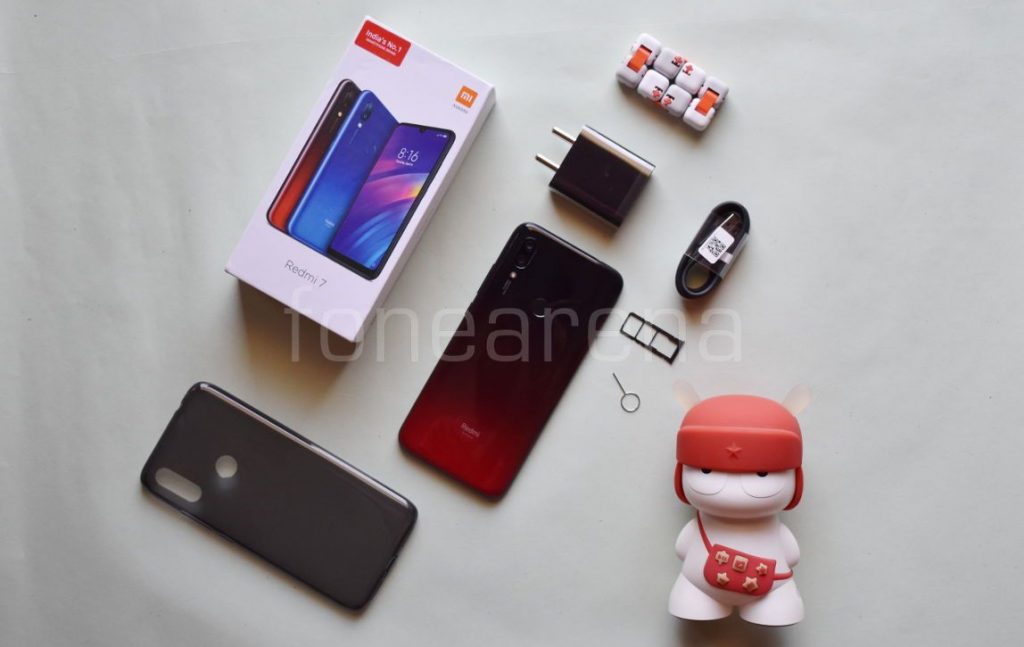 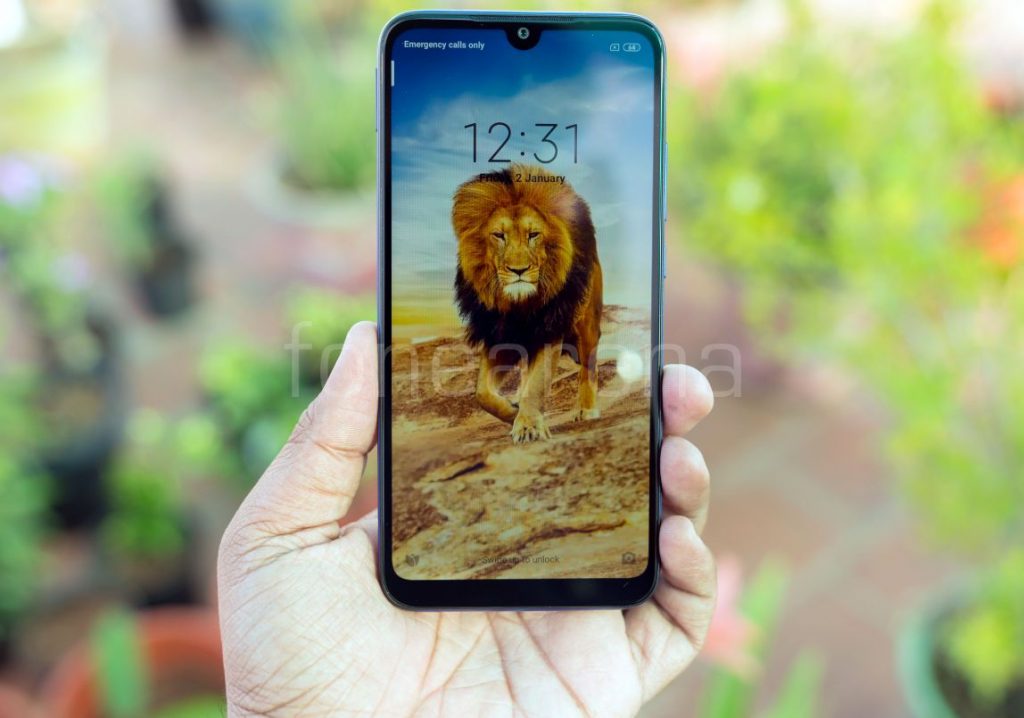 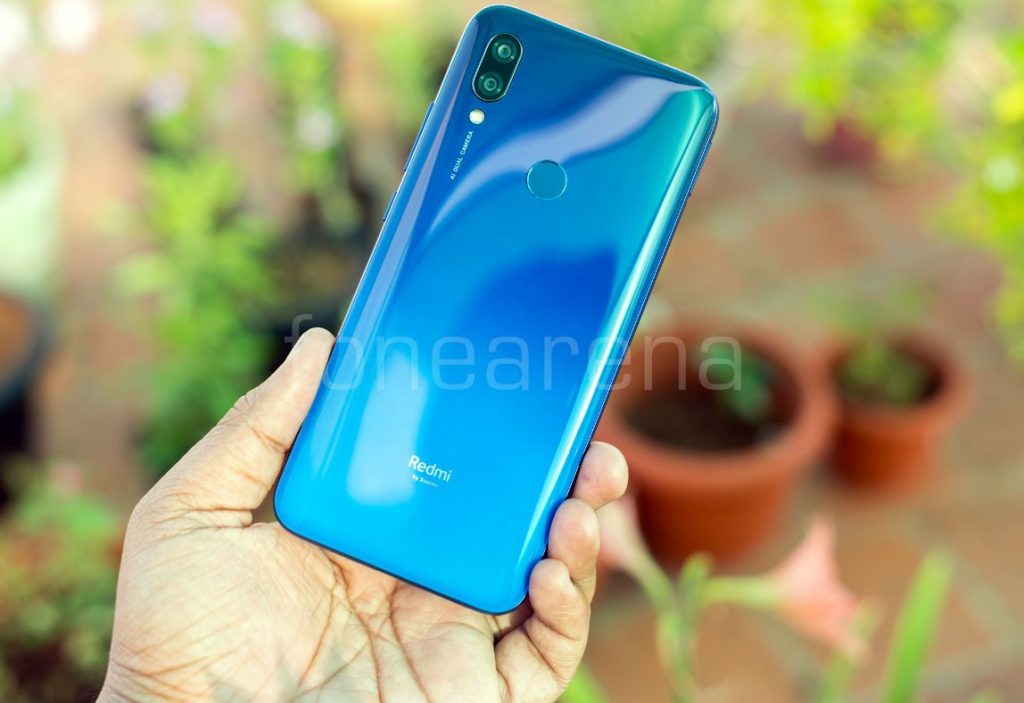 Similar to Redmi Y3, it also has a polycarbonate back that houses fingerprint scanner as well, the aura smoke design on the Redmi 7 makes it stand out from the competition in this segment.

Xiaomi started providing P2i hydrophobic nano-coating on Redmi Note devices with Redmi Note 6 Pro and the same is found on Redmi 7 as well to protect it against accidental liquid spills. 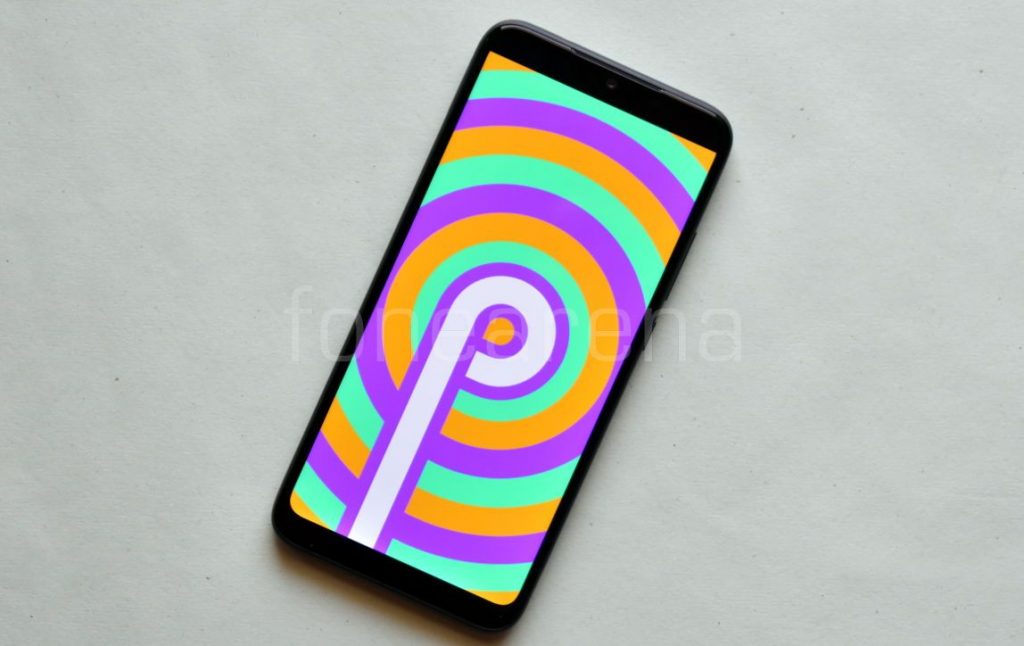 Redmi 7 is powered by Octa-Core Qualcomm Snapdragon 632 with 2GB or 3GB RAM and runs on latest Android 9.0 (Pie) with MIUI 10.2 on top. By default, PUBG runs on low graphics but the performance is fine. It comes with Dual 4G VoLTE support but lacks Wi-Fi passthrough that lets users use Wi-Fi and Wi-Fi hotspot at the same time. 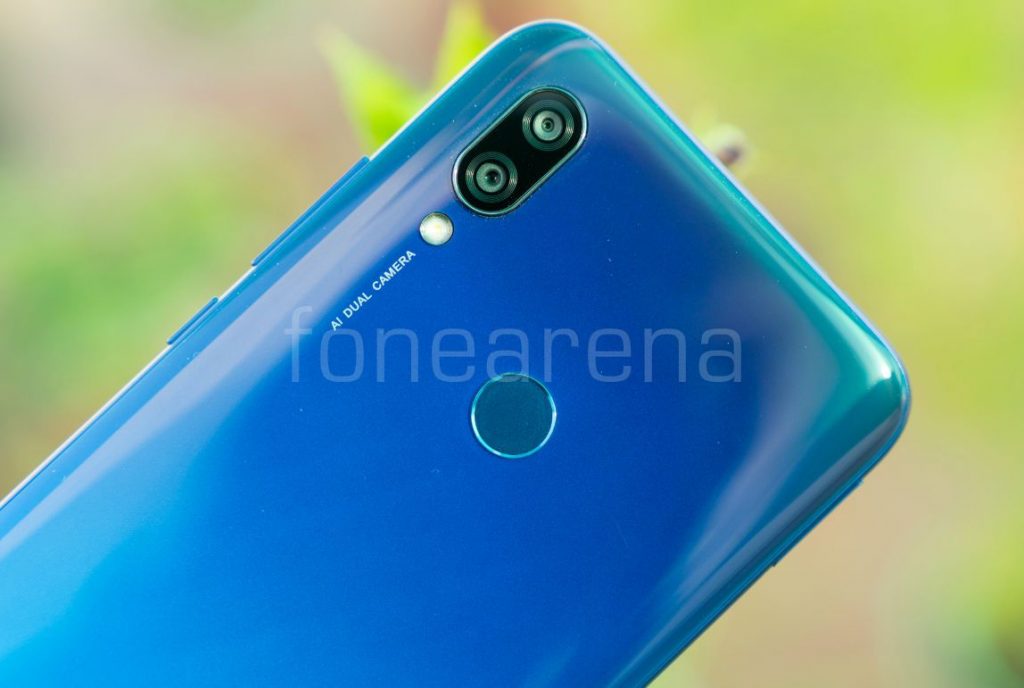 Redmi 7 packs dual cameras at the back arranged in a vertical array, the primary shooter is a 12-megapixel sensor with  f/2.2 aperture and large 1.25μm pixel size which is accompanied by another 2-megapixel secondary depth sensor for portrait shots, it also comes with AI features but the night mode found on Redmi Note 7 is missing here. The LED flashlight can be found below the camera module. On the front, it features an 8-megapixel front camera with f/2.0 aperture and 1.12μm pixel size.

Talking about the placement, the right side of the mobile have volume and power buttons, with tactile feedback. On the left, MicroSD and dual SIM slot can be found that accepts two nano-SIMs and a microSD, in addition to 32GB internal storage. 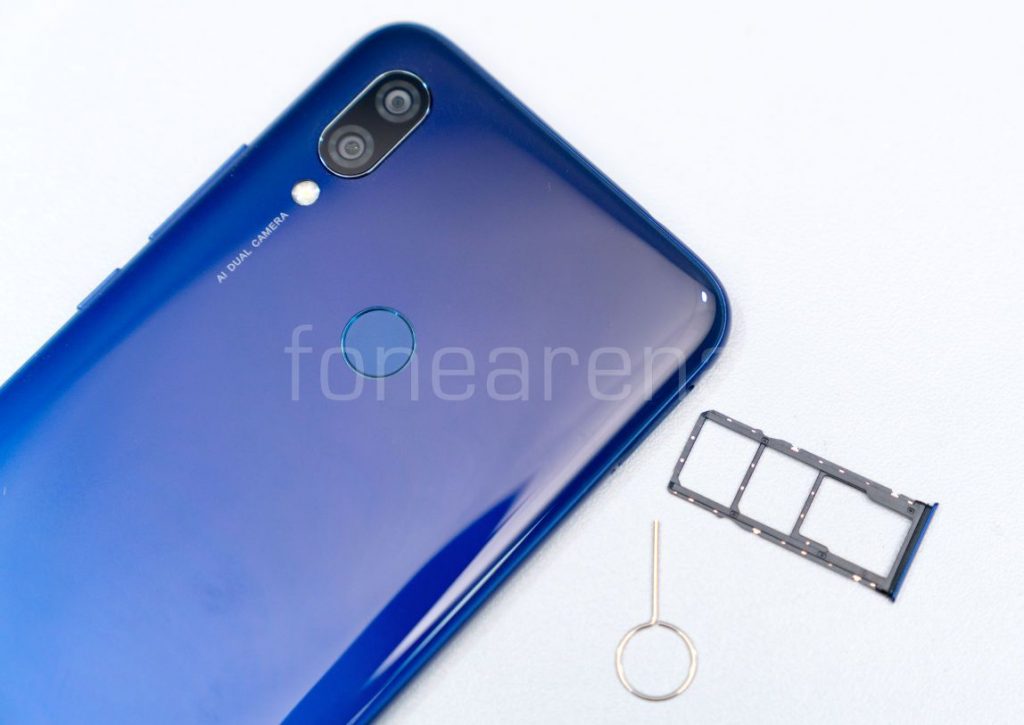 Redmi 7 retains 3.5mm headphone jack and IR emitters that can be found on top along with secondary noise cancellation microphone. Charging port (still micro USB) can be found at the bottom along with grilles on both sides, the right side houses a speaker inside and left side houses the primary microphone. On the back, we now get Redmi branding as Redmi is a separate sub-brand in China. 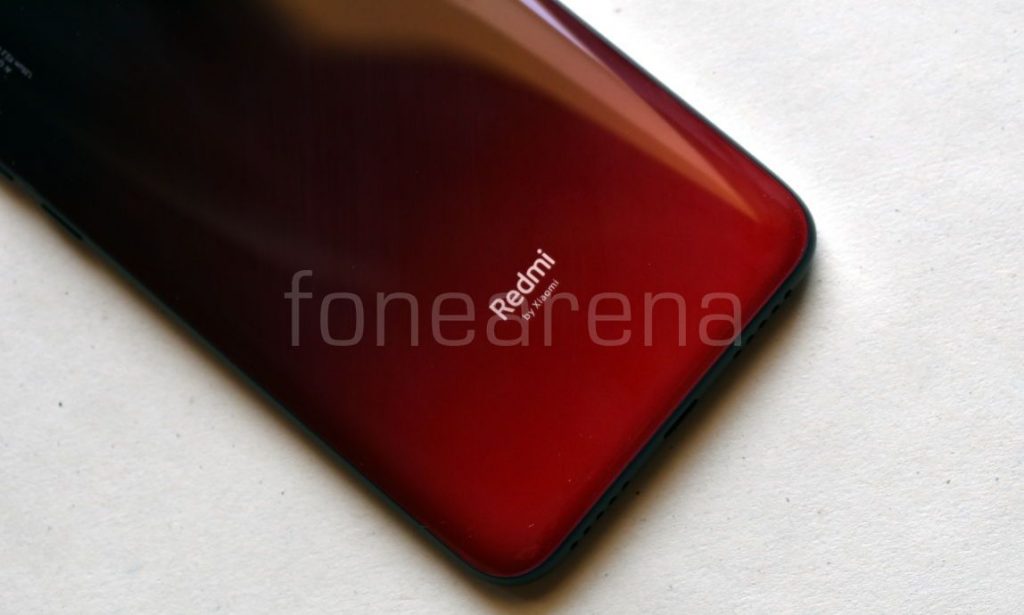 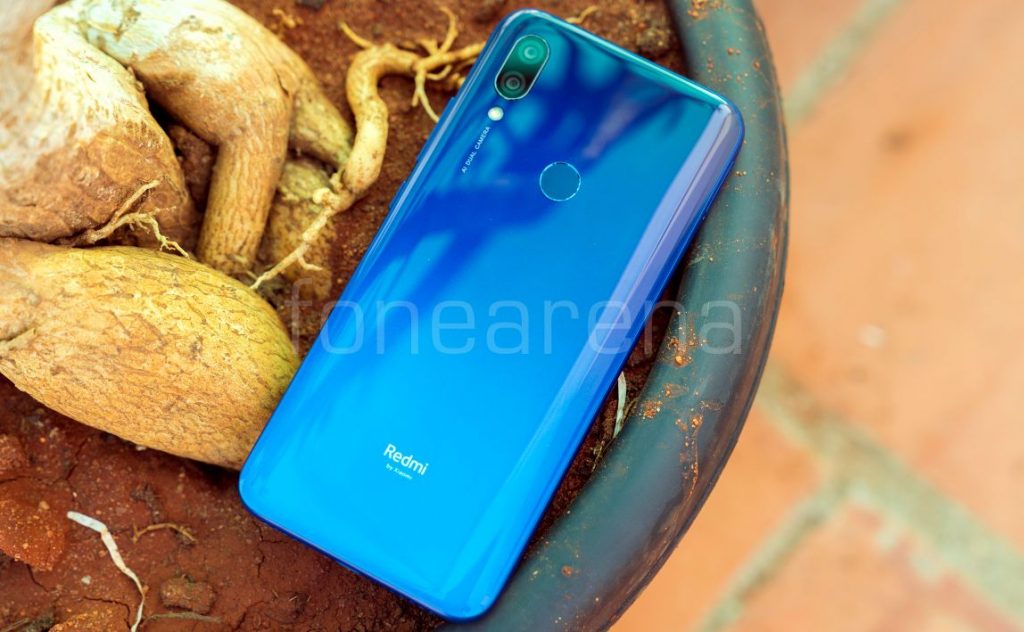