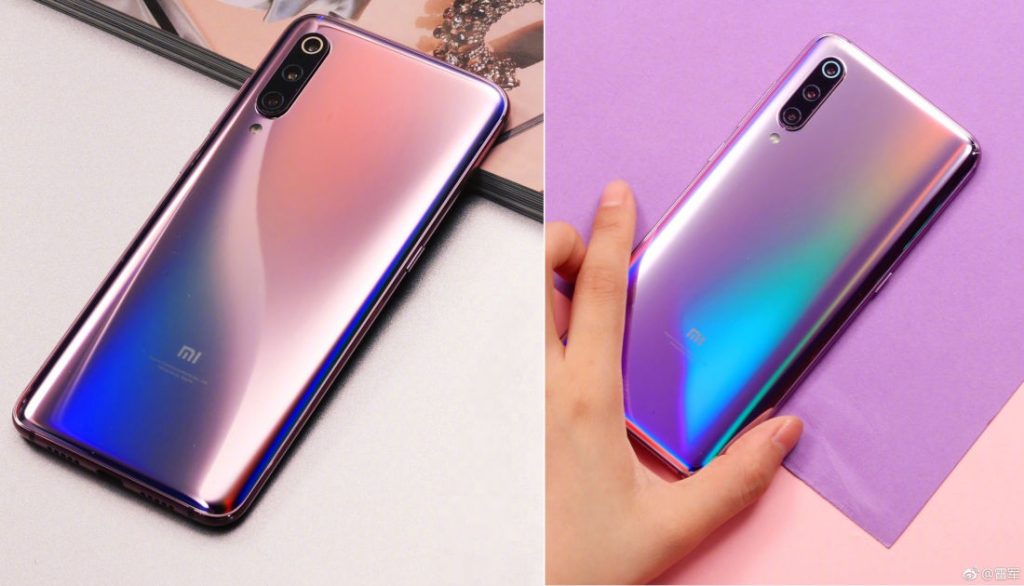 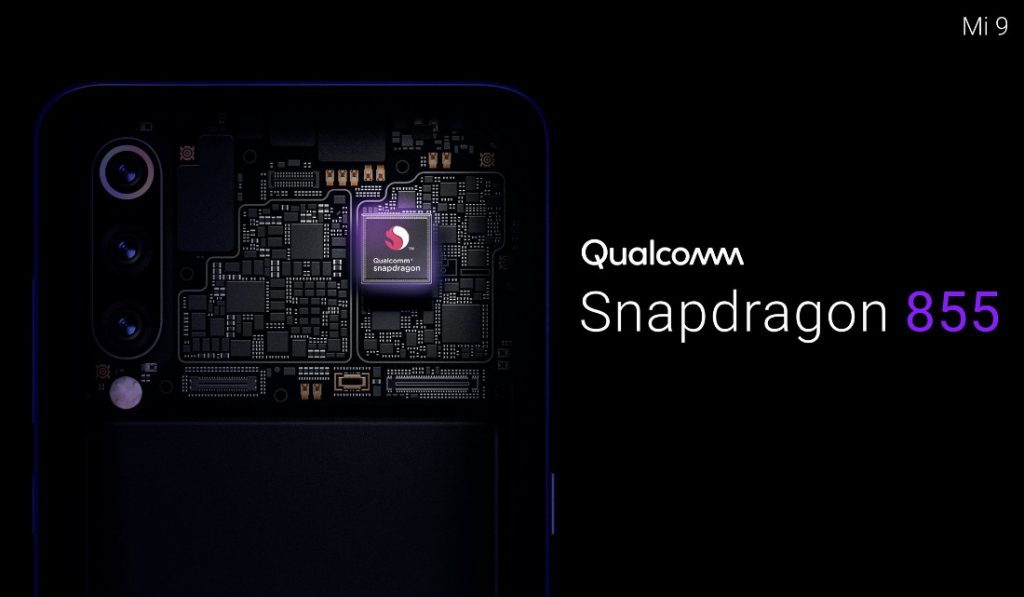 He also confirmed Snapdragon 855 for the smartphone. Even though he claimed that it will be the first Snapdagon 855-powered phone, we had already seen  Lenovo Z5 Pro GT that was announced back in December last year. Other flagships, including Samsung Galaxy S10 (US version), LG G8 ThinQ and Sony Xperia XZ4 are expected to be powered by Snapdragon 855. 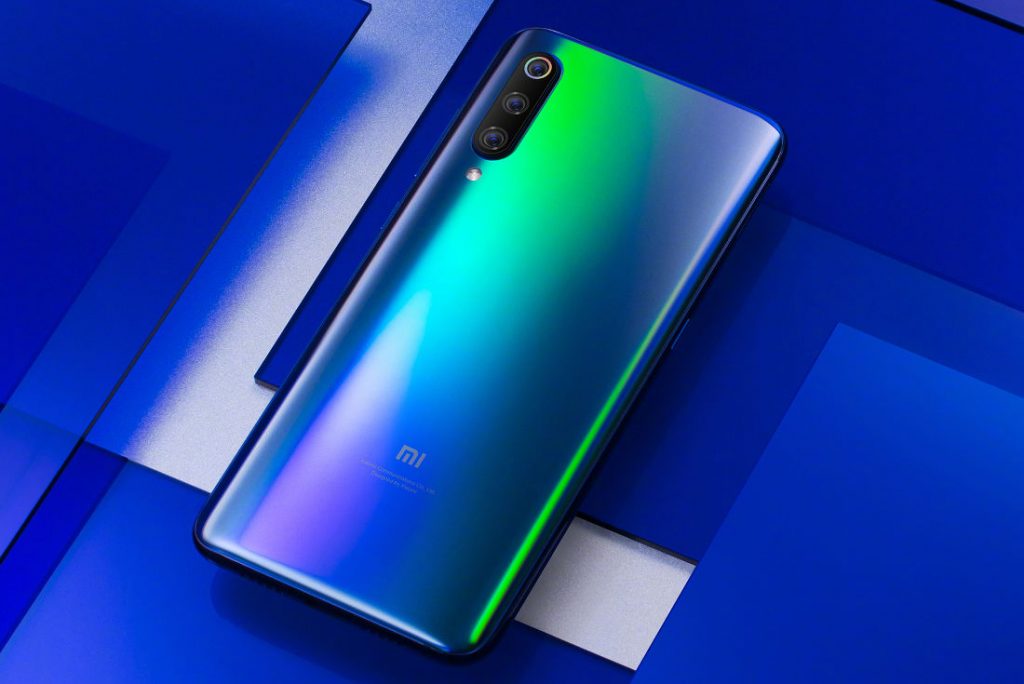 Earlier: Yesterday, Xiaomi confirmed that it will introduce its flagship Mi 9 smartphone at an event in China on February 20th. It also showed the back panel of the phone inside a case. Today the Xiaomi’s CEO Lei Jun has posted images of the Blue version of the phone with gradiant effect that changes colors when light hits the phone at certain angle. We had seen a similar effect on the Twilight version of the Huawei Mate 20 smartphone.

He added that the company has used nano-scale laser holography process and double-layer coating to create an unique color. 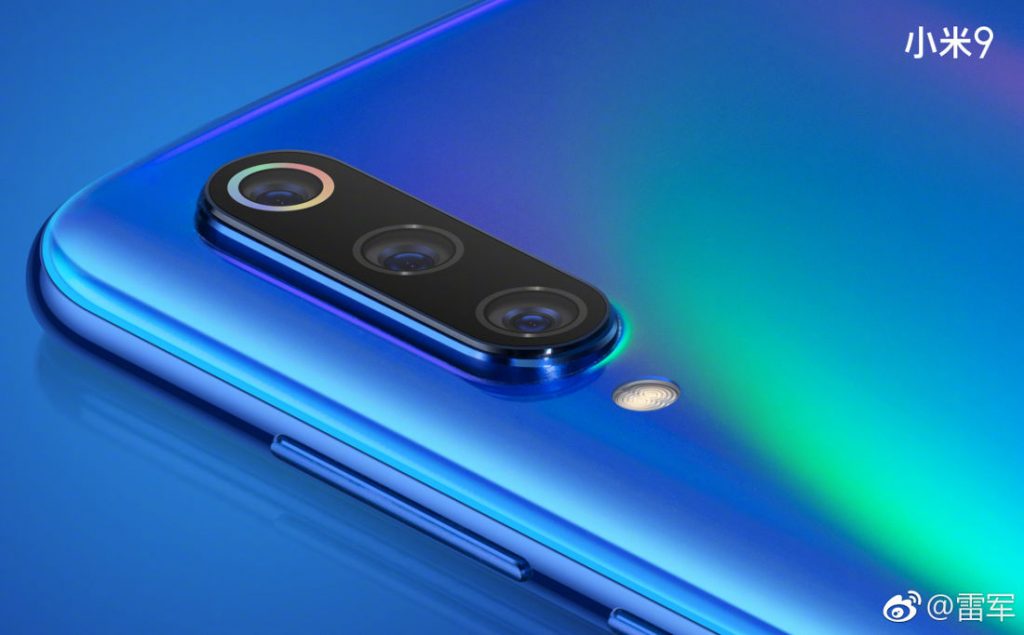 Xiaomi has also shared a close up shot of the triple rear cameras that shows the camera bump. A teaser posted by Xiaomi global hinted at normal, a depth sensor and an ultra wide-angle lens for the smartphone. The LED flash is present below the camera module.

The phone is rumored to feature a 6.4-inch Full HD+ waterdrop notch screen, 48-megapixel Sony IMX586 primary rear camera sensor and a 3500mAh battery with support for 27W fast charging. It is rumored to start at 2999 yuan (US$ 443 / Rs. 31,335 approx.). We should know all the details when the phone goes official next Thursday in China, before being showcased at the MWC on Sunday.