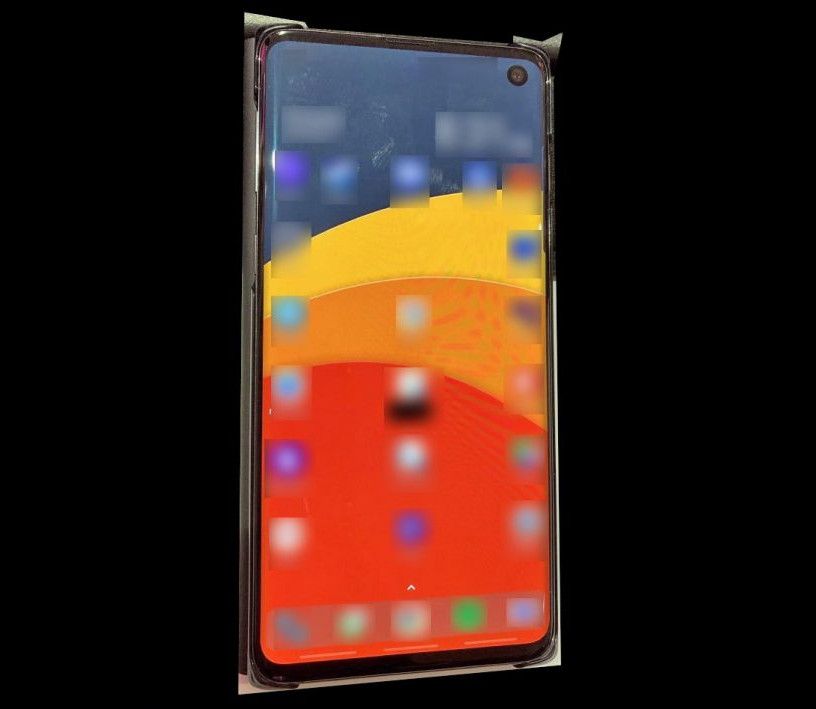 Samsung is working on the Galaxy S10 flagships which are due in February. We have heard many rumors and reports leading until today, but we haven’t seen the device in live, apart from renders. Filling the void, we are finally are getting to see the S10 “Beyond 1,” in the wild.

As expected the device features infinity O display wherein it has a cut out within the display to accompany the front-camera. Going by the surfaced image, the Galaxy S10 packs an ultra slim bezels on all corners giving more room for the display. Like the Mate 20 Pro, the Samsung Galaxy S10 Beyond 1, will also feature the ability to wirelessly charge other compatible devices like handsets and watches as well.

One cool feature I haven’t heard mentioned previously is this model’s ability to wirelessly charge other compatible devices like handsets and watches.

Since Beyond 1 is the base model of the Galaxy S10, it packs singe front-camera, whereas the Plus variant will have quad-rear cameras arranged horizontally, unlike the Galaxy A9 and dual-selfie shooters, so the cutout is a bit wider. The bezels on top and bottom are slim even when compared to the Galaxy S9, and Note 9.  According to rumors, the Galaxy S10 and the S10+ are expected to come in three variants; 5.8-inch, 6.1-inch, and 6.4-inch models and pack a Qualcomm-built in-display fingerprint scanner.

The flagships will be powered by the Exynos 9820 8nm SoC with Tri-cluster CPU, integrated NPU, up to 2Gbps LTE-Advanced Pro modem while the variant that will sell in the US will be powered by the upcoming Snapdragon 855. Like before, we currently don’t any details regarding the camera specifications, so we will have to wait for a while before something shows up.