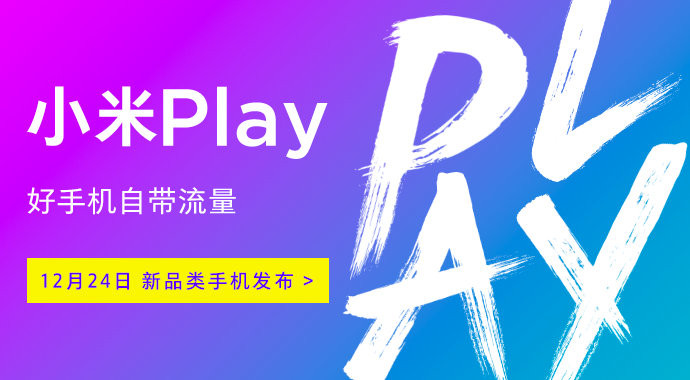 After a teaser recently, Xiaomi today announced that it will introduce a smartphone in the new Play series in China on December 24th. The company doesn’t reveal any details other than the name of the phone, but the name hints that it could be targeted at gaming. 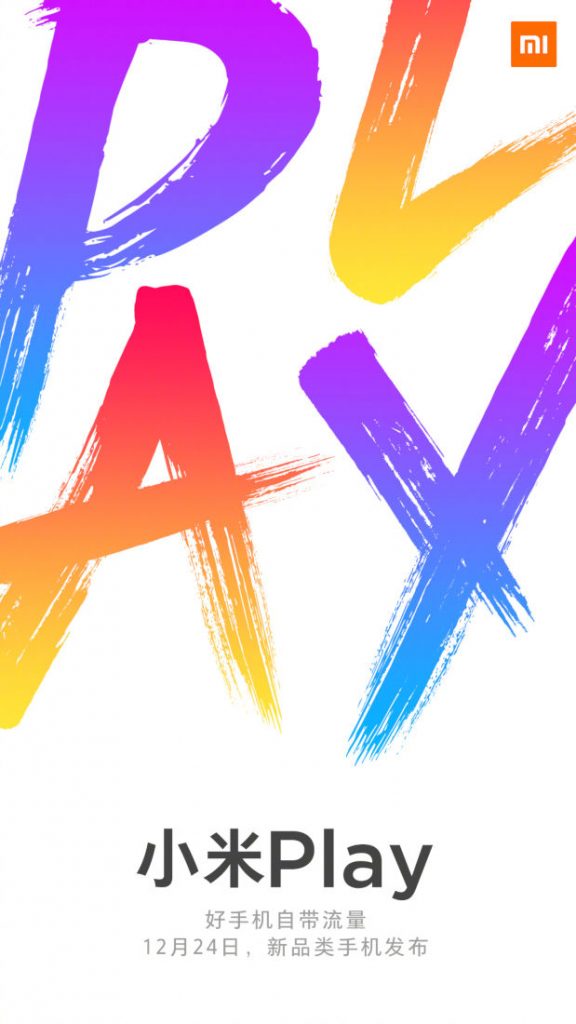 It could also be the 48MP camera phone that the company has been teasing. There are some rumors that say that it could be a version of Snapdragon POCO / POCOPHONE F1 for the Chinese market at an affordable price tag of less than 1999 yuan. We should know more details about the Xiaomi Play in the coming days.