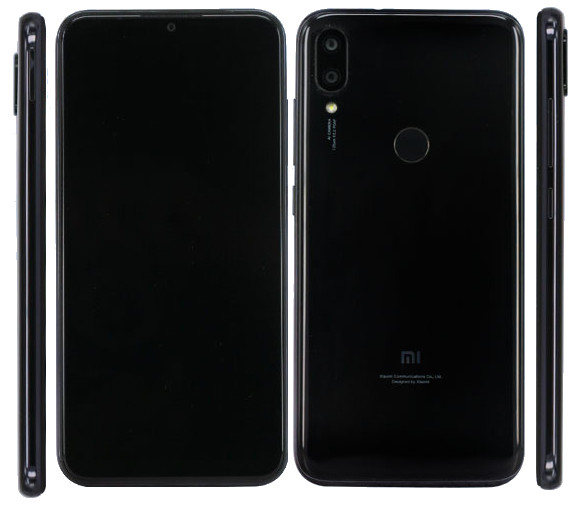 Update – December 18: Detailed specifications of the Xiaomi has surfaced on TENAA. It also reveals that the phone will come in a range of colors in addition to Black.

Earlier: Following the footsteps of OPPO and Vivo, Xiaomi is prepping for its first mid-range smartphone with a water-drop notch screen, as the phone has been certified by TENAA in China with the model number M1901F9T, after it passed through 3C certification along with M1901F7E, M1901F7T and M1901F7C. This also reveals AI dual rear cameras arranged vertically and a rear-mounted fingerprint sensor.

It also confirmed the phone’s dimensions – 147.76×71.89×7.8mm, 5.84-inch display size and a 2900mAh (minimum) battery. It also mentions Android, however the version is not mentioned. It could be released under the Redmi series as Redmi 7 Pro since the Redmi 6 Pro features the same 5.84-inch display size. There might also be Redmi 7 and Redmi 7A.

We should get to know the remaining specifications through TENAA in the coming days. Xiaomi has also been teasing a smartphone with 48-megapixel for January, so there are chances for all the smartphone to go official sometime early next month.