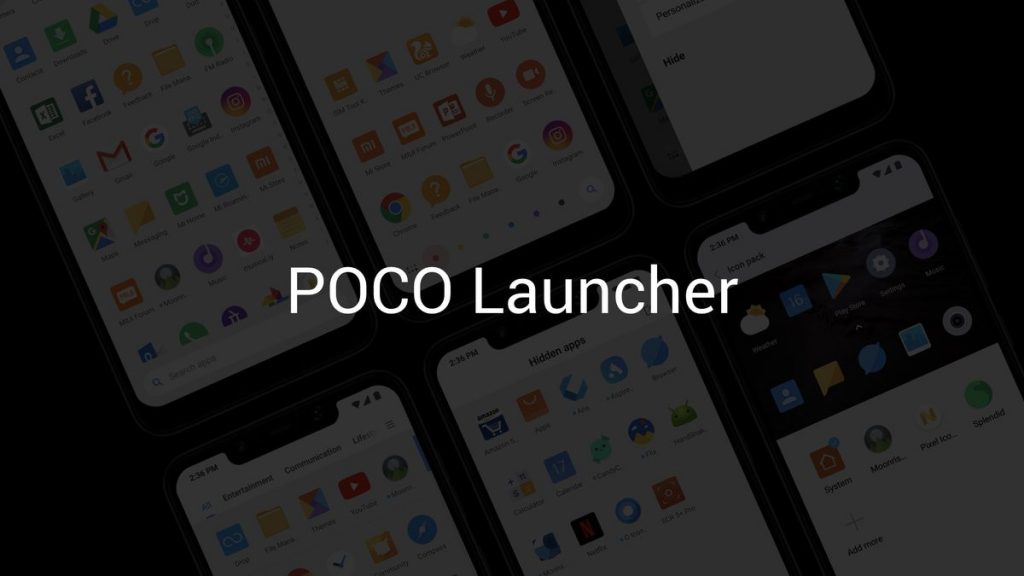 Xiaomi’s sub-brand POCO launched the POCO F1 running on Android 8.1 (Oreo) with a skin on top, which company is referring to as MIUI For POCO. MIUI for POCO is regular MIUI with few new additions like POCO launcher, stock Android like quick setting tiles and others. During the launch, the company mentioned that the POCO Launcher (Beta version) will be available on Play store starting August 29th but the launcher has been leaked within a few hours of launch event.

The major improvement in POCO launcher over MIUI launcher is the addition of app drawer which all of us wished to have since we started using MIUI, finally, MIUI users can also swipe up from the bottom to open the app drawer. POCO launcher also features a search bar at the bottom to search for a keyword, installed app and app in the app store (Mi App Store). Similar to Nova launcher and other third-party launchers, POCO Launcher also shows quick shortcuts for the various action on long press on an app icon, users can long press on an app in app drawer or home screen.