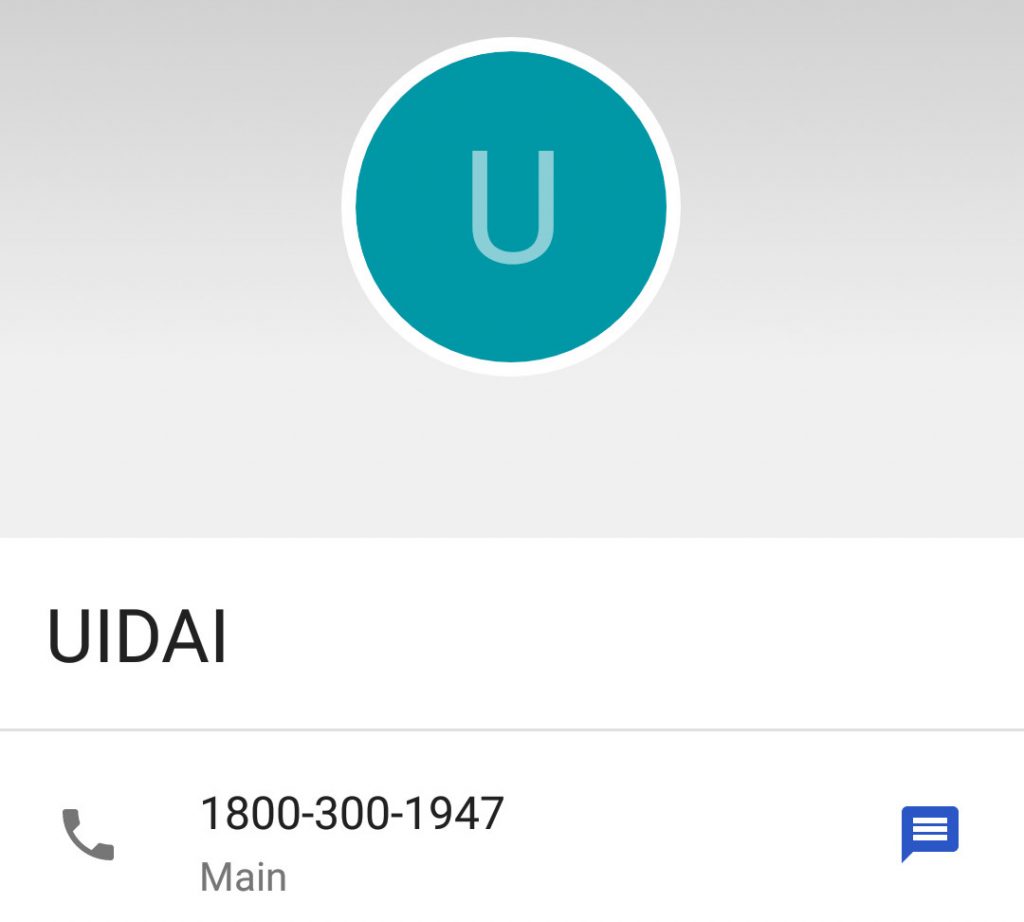 This week Android users in India reported Unique Identification Authority of India (UIDAI) toll-free helpline number saved in their phonebook automatically. After a sudden uproar on Twitter, UIDAI responded saying that it has not asked or communicated with any manufacturer or service provider for providing any such facility and the said ‘18003001947’ is outdated and invalid UIDAI toll-free number.

Today, Google has responded saying that it is responsive for this since the helpline number was accidentally coded into the SetUp wizard of the Android release given to OEMs for use in India back in 2014, and it has remained there since, so it got transferred to the contacts on any new device.

This makes sense since some of the iOS users also saw the UIDAI contact in their phonebook, so it must have got synced when they moved from Android to iPhone. Google also assured that this is not an unauthorised access of their Android devices. It is working on a fix, which will be rolled out to all OEMs in an upcoming release of SetUp wizard.

Our internal review has revealed that in 2014, the then UIDAI helpline number and the 112 distress helpline number were inadvertently coded into the SetUp wizard of the Android release given to OEMs for use in India and have remained there since. Since the numbers get listed on a user’s contact list, these get transferred accordingly to the contacts on any new device.
We are sorry for any concern that this might have caused, and would like to assure everyone that this is not a situation of an unauthorised access of their Android devices. Users can manually delete the number from their devices.

We will work towards fixing this in an upcoming release of SetUp wizard which will be made available to OEMs over the next few weeks.