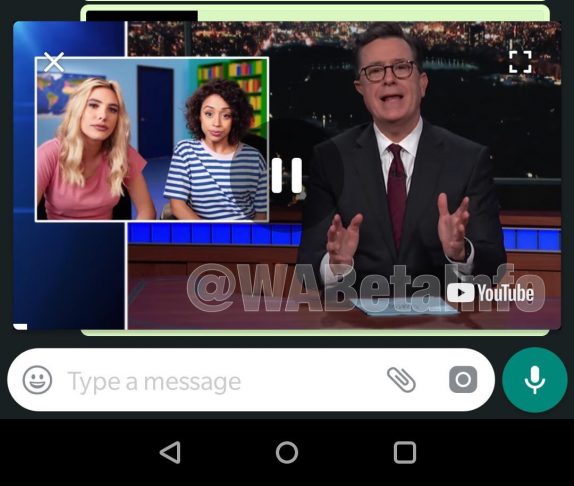 WhatsApp might be finally working on Picture-in-Picture mode for Android after rolling out the update to iOS earlier this year. The new beta update with version number 2.18.234 hints at references to the functionality.

WhatsApp for iOS, Picture-in-Picture mode supports Instagram, Facebook, YouTube.  The same PiP mode also supports Instagram Video on WhatsApp but doesn’t work with Instagram Story Videos. As we mentioned above, the feature isn’t available yet since it in the testing phase but might be added in the upcoming releases. When the feature becomes available, you will see a play symbol in the thumbnail preview. However, the company might change the feature when it begins rolling out.