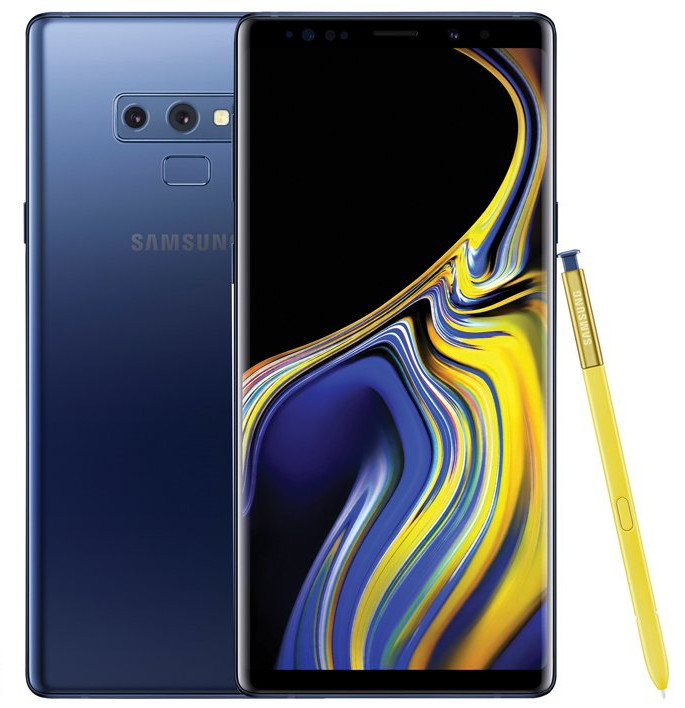 Note9 in (from L to R) black, blue, and brown. pic.twitter.com/Akr1tnrxiS 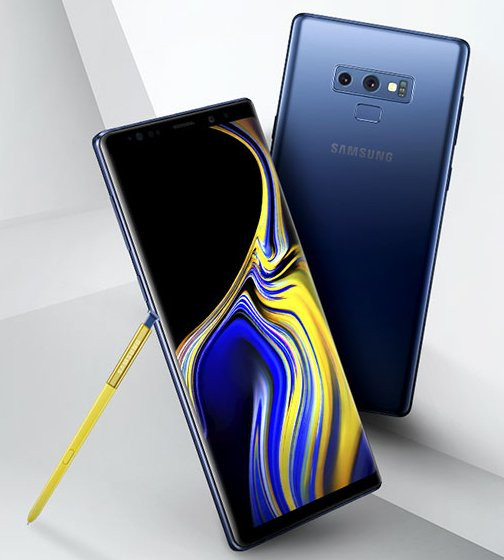 After the poster leak last week, the Galaxy Note9 has now surfaced in first press shot, thanks to @evleaks. This show S Pen stylus in the new Golden or Yellow color that we had seen in the poster. We already knew that the S Pen will come with Bluetooth support and it might be able to control music playback, long-range self-timer.

The S Pen will have a button on its surface along with a clicker on the bottom, according the image. The phone is said to retain the 3.5mm audio jack. On the back there are dual rear cameras arranged very much like the Galaxy Note 8, and the fingerprint sensor is now present below the camera module along with Samsung branding. The phone is said to retain the Iris scanner on the front.

The Galaxy Note 9 is expected to be powered by the Exynos 9810 or Snapdragon 845 depending on the market, the camera sensors are expected to be the same as the Galaxy S9+. We could finally see a 512GB storage variant, but it is unclear whether the 512GB variant will be available as widely as the 256GB Galaxy S9.

Samsung will also debut Bixby 2.0 which will offer improved response times. The phone is said to come in Black, Blue, Gray, Lavender and new Brown colors, pack a massive 4000mAh battery with support for wireless fast charging technology. The phone is said to be priced similar to the Galaxy Note9 , within the sub $1000 price range. We should get to see more press shots in the coming weeks ahead of official announcement on August 9.