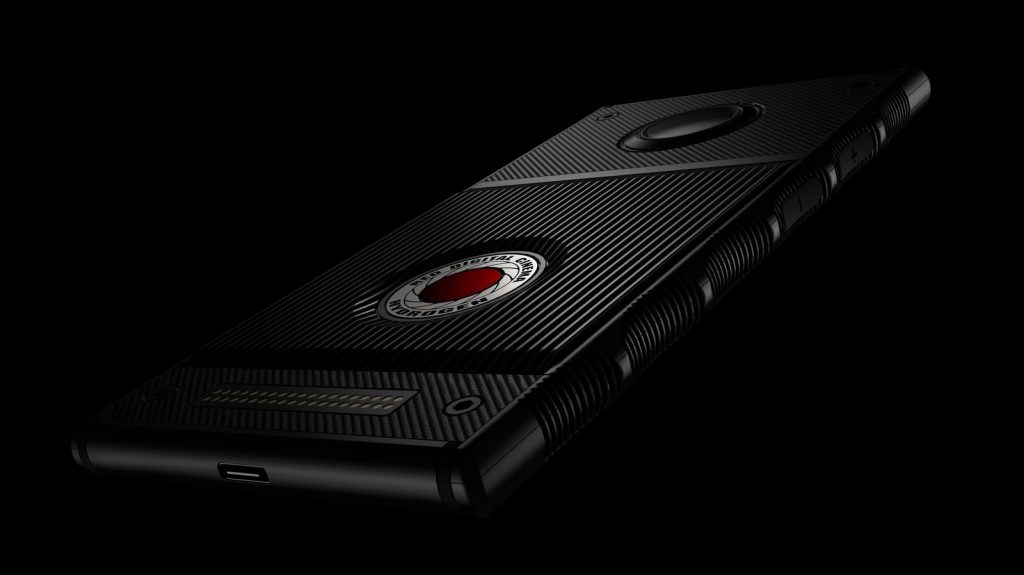 Ahead of the official release in August, RED Hydrogen One which was introduced last year has been spotted Geekbench benchmarks. It confirms most of the previously rumored details like the Qualcomm Snapdragon 835 chipset, and 6GB of RAM. 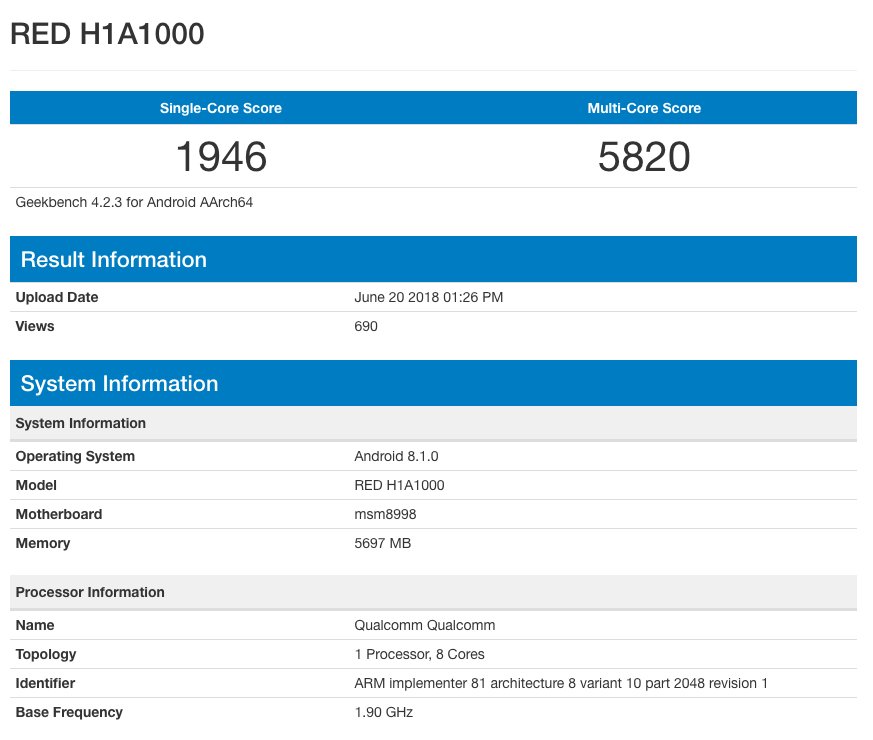 According to the Geekbench benchmark listing, the device has managed to score 1946 on the single core test and 5820 points on the multi-core. Furthermore, the Snapdragon 835 will be coupled with 6GB of RAM and will run on Android 8.1 Oreo out of the box.

RED HYDROGEN ONE is the world’s first holographic phone with 4-View technology that can display 3D content without glasses. It sports a 5.7-inch holographic display and features a pogo pin system that allows you to add stackable modules to the phone giving it a modular touch. There is a USB Type-C port on the bottom and the 3.5mm audio jack. The device will let you view both 2D and 3D VR and AR experiences.

The RED Hydrogen One will be available in two variants, and they will differ by the build quality; the first one might be built out of aluminum, and this was previously up for pre-order on RED’s website for $1295. On the other hand, the more premium option will have a titanium build and was available for $1595. The RED Hydrogen One will be available unlocked via AT&T and Verizon over in the US.