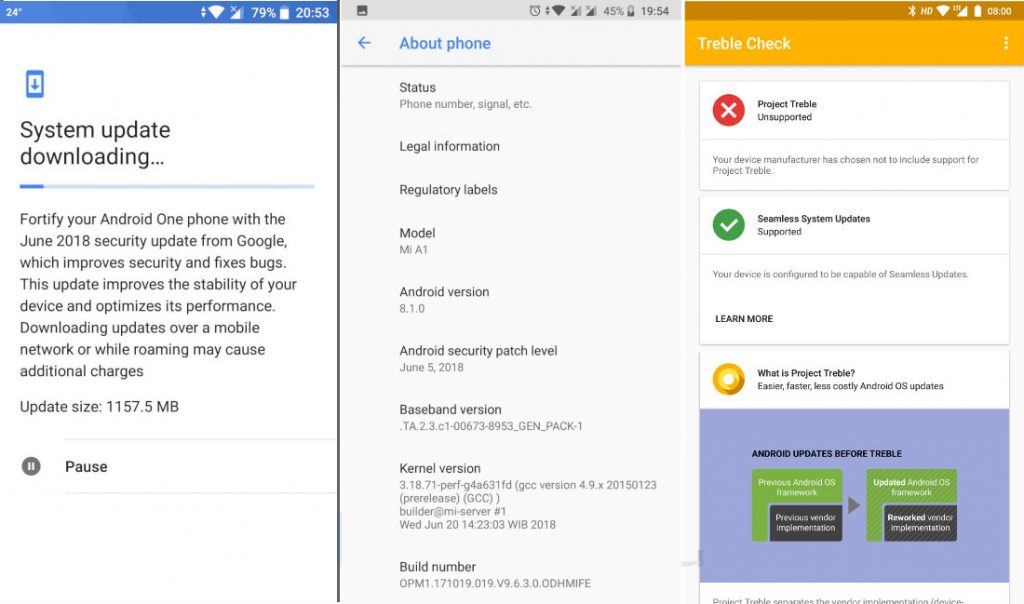 Xiaomi launched Mi A1 back in September last year under Android One programme in collaboration with Google with an aim to keep the Android version updated for next couple of years. At the event, Xiaomi and Google promised regular security patch updates every month along with Android Oreo in 2017 itself for Mi A1.

The company started closed Beta Oreo 8.0 testing in mid December and rolled out Oreo 8.0 update to public on 31st December. Xiaomi managed to keep the promise made during launch event but company suspended Oreo 8.0 update due to stability issues within two weeks. Couple of weeks back we reported that the company has started rolling out Android 8.1 closed beta update. Yesterday the company has finally started rolling out stable update for the Mi A1 users.

The Xiaomi Mi A1 Android 8.1 OTA update is 1.15GB in size, has the build number OPM1.171019.019.V9.6.3.0.ODHMIFE and also includes Android security update for June 2018, but it doesn’t have Treble support. As reported by the users, the update SMS bug that wipes entire SMS history being wiped after updating, after you swipe away the messages app. It is recommended to backup SMS to the cloud using third-party apps like Microsoft SMS Organizer before updating.

If you can’t wait, you can download the fastboot ROM and flash it manually using the Mi Flash tool on your PC.