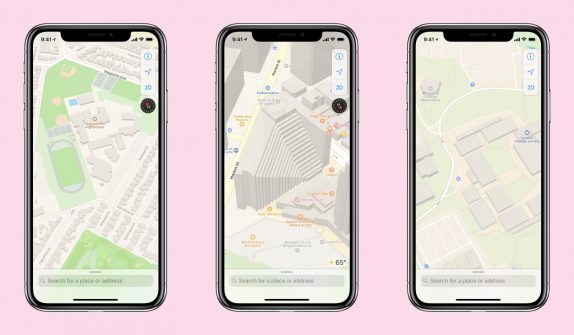 Apple is said to be working on re-building its Maps from the ground up, and the company is said to be using first-party data gathered by iPhones with a privacy-first methodology and its own fleet of cars packed with sensors and cameras. This new product from Apple will be introduced in San Francisco and the Bay Area with the next iOS 12 beta and will cover Northern California by fall.

With every version of the iOS update, Maps gets updated with improvements, more responsive to changes, rich visuals. It’s been four years since Apple began to develop its new data-gathering systems and this will eventually help Apple cut down the reliability on third-party data to provide the basis for its maps. 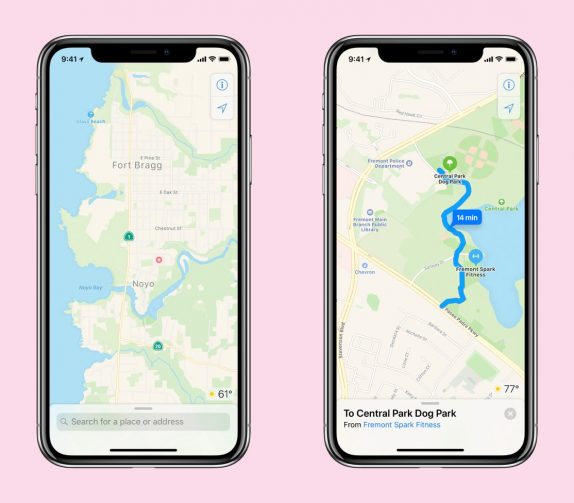 Though the redesign will roll out in the San Francisco and the Bay Area with the next iOS 12 beta, the rest of the US will receive the new maps “section by section” “over the next year.” Post the transition to the new design; Apple will avoid using all third-party mapping data, which is the same data it has been using for the vast majority of Apple Maps since the launch in 2012. Apple will be relying on sensor-packed vans that it’s been driving around the US for several years, and iPhones.

It will be gathering anonymized chunks of travel data when people open the Maps app, and this is much like how Google does. The company is also reworking what its maps look like thanks to all the new data. With the new Maps design in works for almost four years, it is interesting to see how Apple Maps will function and look once it is rolled out.

Since we introduced this six years ago — we won’t rehash all the issues we’ve had when we introduced it — we’ve done a huge investment in getting the map up to par. Who now owns Maps, in an interview last week.“When we launched, a lot of it was all about directions and getting to a certain place. Finding the place and getting directions to that place. We’ve done a huge investment of making millions of changes, adding millions of locations, updating the map and changing the map more frequently. All of those things over the past six years.