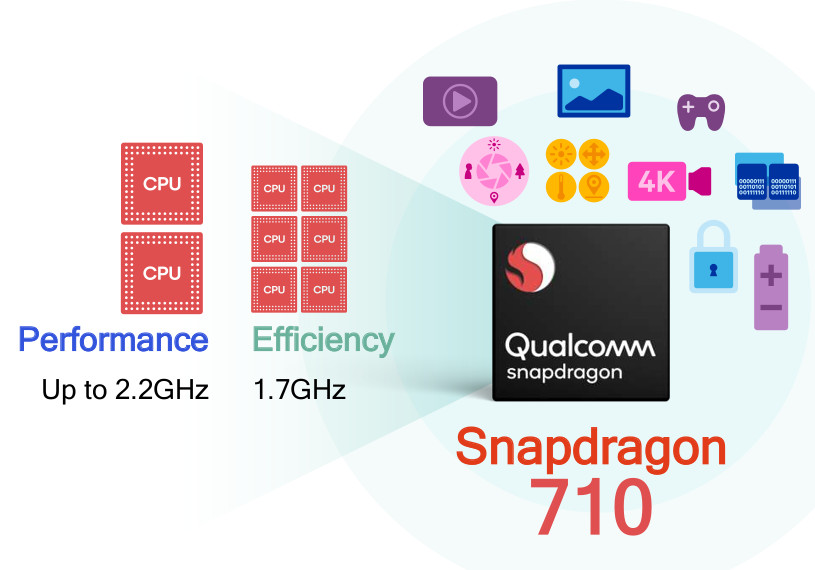 Qualcomm had announced the Snapdragon 710 platform built on the 10nm process last month in China. FoneArena got a chance to speak to Kedar Kondap, Vice President, Product Management, Qualcomm Technologies about the announcement.  The Snapdragon 710 platform is positioned between the flagship 800 series and the budget 600 series.  We are curious to hear about Qualcomm’s idea behind the 710.

The Snapdragon 710 boasts of  a 3rd gen Kyro CPU with up to 20% performance improvement, 2nd gen Spectra ISP for improved camera capabilities, 4K HDR playback support, X15 LTE modem for faster downloads with 4×4 MIMO. Qualcomm has always brought down features from higher premium tier chips to mid-tier and lower-tier chips. The 710 is no exception and shows Qualcomm’s commitment to democratizing premium features over the course of time.

The 710 offers a full AI ( Artificial Intelligence) experience with the combined hardware of the Kyro CPU, Adreno GPU and Hexagon DSP. There is also support for frameworks such as Google TensorFlow and Caffe 2 from Facebook.  The AI Engine will enable features like object detection, food tagging, Animoji, improved photography, face unlock and more.

“Although we drive AI type use cases with the 710, we also care about end consumer experience. Consumers care about battery life and we are proud to say that we have achieved 40% lower power drain on 4K video playback on the 710 platform compared to the Snapdragon 660” remarked Kedar when asked about the improvements in the 710 series. There is up to 40% lower power consumption for gaming and up to 20% lower power drain for video streaming as well. 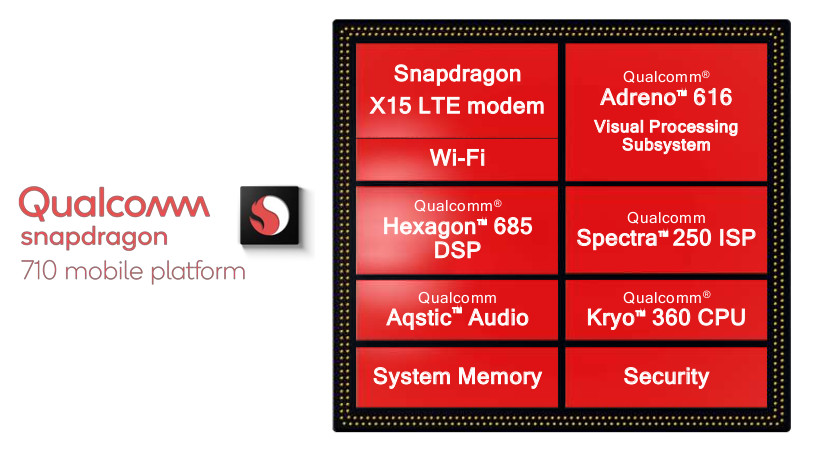 The x15 modem on the Snapdragon 710 will offer 2.5 times faster download speeds compared to Cat7 LTE modems on other chips and will fare better in areas with poor signal which is a major issue in India.

The 710 platform aims to deliver premium tier experience at an affordable price segment.  Features and technologies previously available only on premier tier smartphones will now be available in a wider range of smartphones. We expect to see some exciting mid-range smartphones powered by this platform in the coming months.

Kedar also reiterated Qualcomm’s commitment to the 600 platform and that they are not giving up on it. The 710 series is aimed at bringing premium features which consumers are interested in to a new tier of smartphones. Xiaomi has already launched the first Snapdragon 710 powered product – Xiaomi Mi 8 SE and the Vivo NEX that was introduced today is the second product, we can expect to see more new products from OEMS in Q2 of this year.