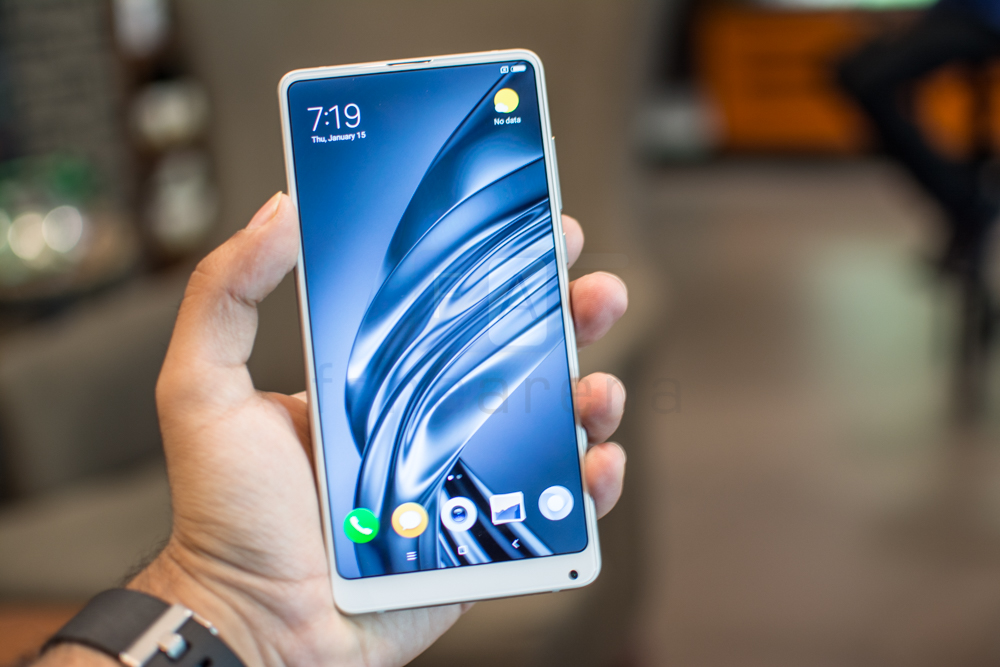 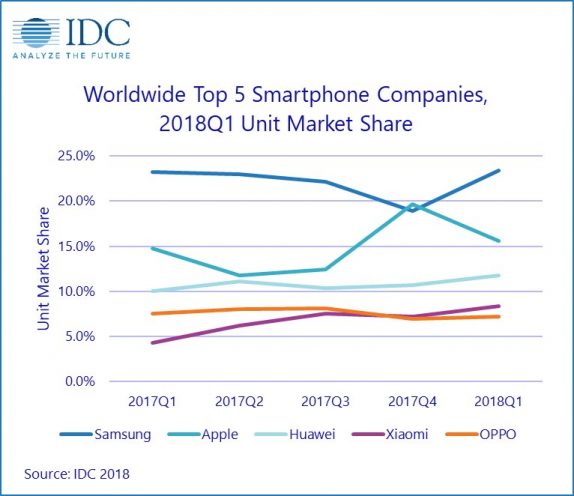 According to IDC, a drop of 100 million in the first quarter in China led to the drop in the worldwide shipments. This decline is first since 2013 in the Chin market. According to the survey, despite the presence of flagships from Samsung, Huawei, and the iPhone X, users were unwilling to shell out big bucks on the flagships. As expected, Samsung retained the leader of the global smartphone market with a market share of 23.4% share despite a 2.4% decline from Q1 2017. 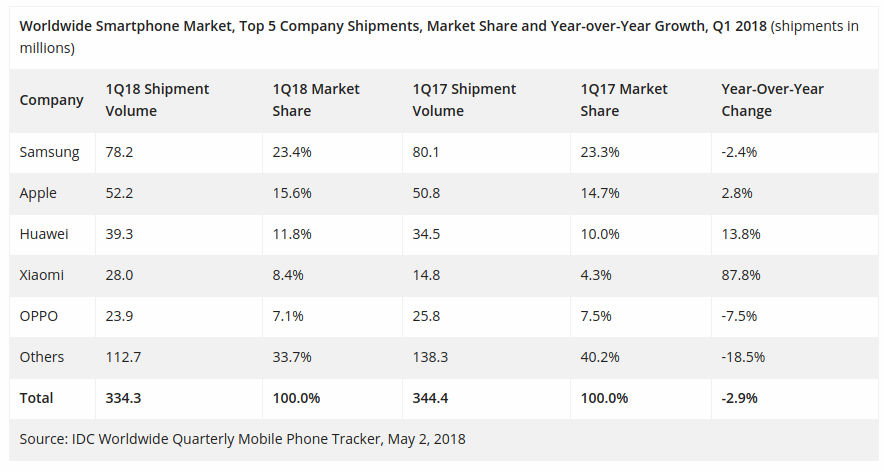 The Samsung Galaxy S9 and S9+ lead the way as the new flagships, however, brisk initial sales of the new devices kept the overall yearly decline at a minimum as the bulk of the positive impact is expected to arrive in Q2 2018. On the other hand, Apple’s first quarter saw a 52.2 million iPhones shipments representing a modest 2.8% year-over-year increase from the 50.8 million units shipped last year.

Despite the rumors claiming that iPhone X is underperforming in the quarter, Apple stated that the iPhone X was the most popular model each week in the March quarter. Huawei saw a new market share as high as 11.8% even as it remained in third overall. While its high-end smartphones segment is popular in China, the bulk shipments of mid-range and affordable segment put the company in a commendable segment. Xiaomi and OPPO stand next on the list with 8.4% and 7.1% market share respectively, with Xiaomi posting 87.8% growth compared to same period last year.

Globally, as well as in China, a key bellwether, smartphone consumers are trading up to more premium devices, but there are no longer as many new smartphone converts, resulting in shipments dropping. When we look at it from a dollar value perspective, the smartphone market is still climbing and will continue to grow over the years to come as consumers are increasingly reliant on these devices for the bulk of their computing needs.