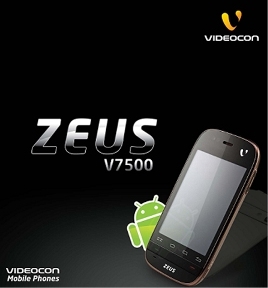 Videocon Mobile Phones made their entry into the Android world by announcing the Zeus smartphone powered by Android.

The Videocon Zeus is powered by Android 2.1 Eclair and it has the following specifications:

The package contents are: