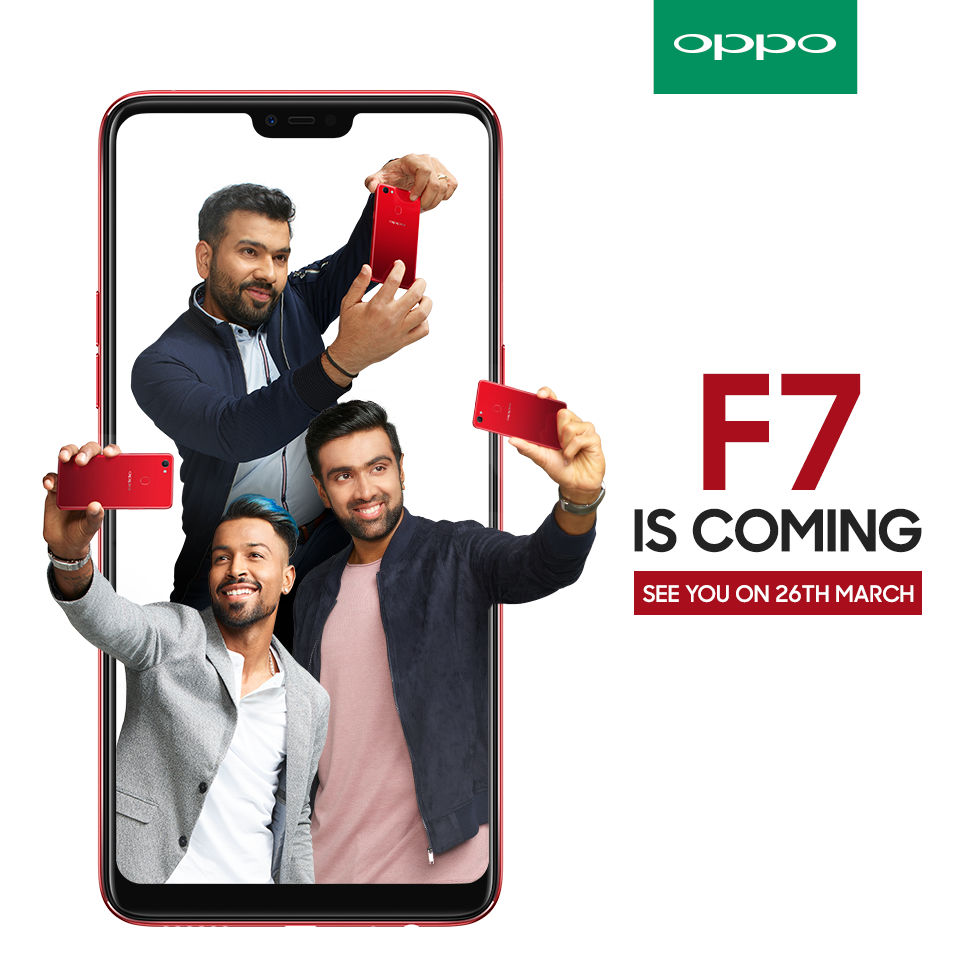 Update: OPPO has sent out invites for the launch of OPPO F7 smartphone on March 26th. It says that it will have “the best artificial intelligence”. It also said that it will be launched by 3 cricket starts – Hardik Pandya, Rohit Sharma and Ravichandran Ashwin.  It has also confirmed AI selfie, Cover Shot and AR (Augmented Reality) stickers for the phone.. 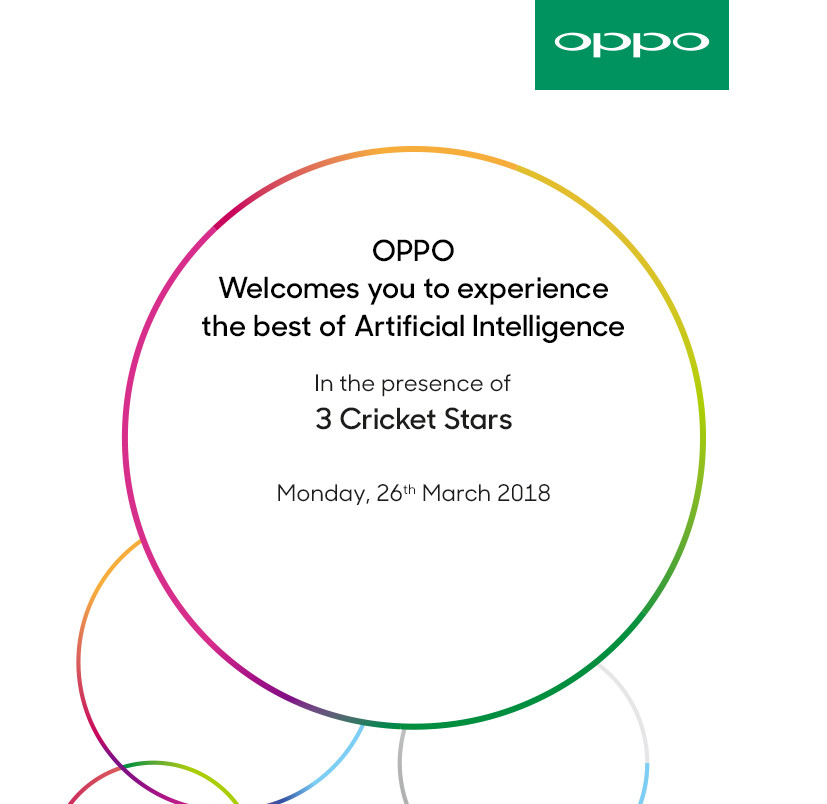 OPPO launched F5, a selfie-focused smartphone in the ‘F series’ India back in November last year. Today the company has confirmed that it will launch its successor – OPPO F7 in the country on March 26th, skipping the F6. It has also teased the phone with an image that shows full-screen display with a notch and minimal bezels, similar to the OPPO R15 that will launch in China later this month. 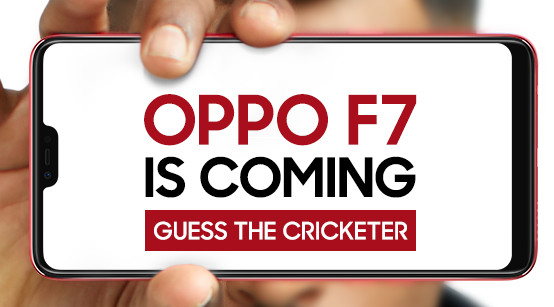 OPPO is also teasing its brand ambassador for the phone and asks its fans to guess the cricketer who is likely to be Hardik Pandya. The company has not revealed any specifications of the phone officially, but a report from ET recently said that the phone will feature a 6.2-inch Full HD+ 19:9 display with 89.09% screen-to- body-ratio. 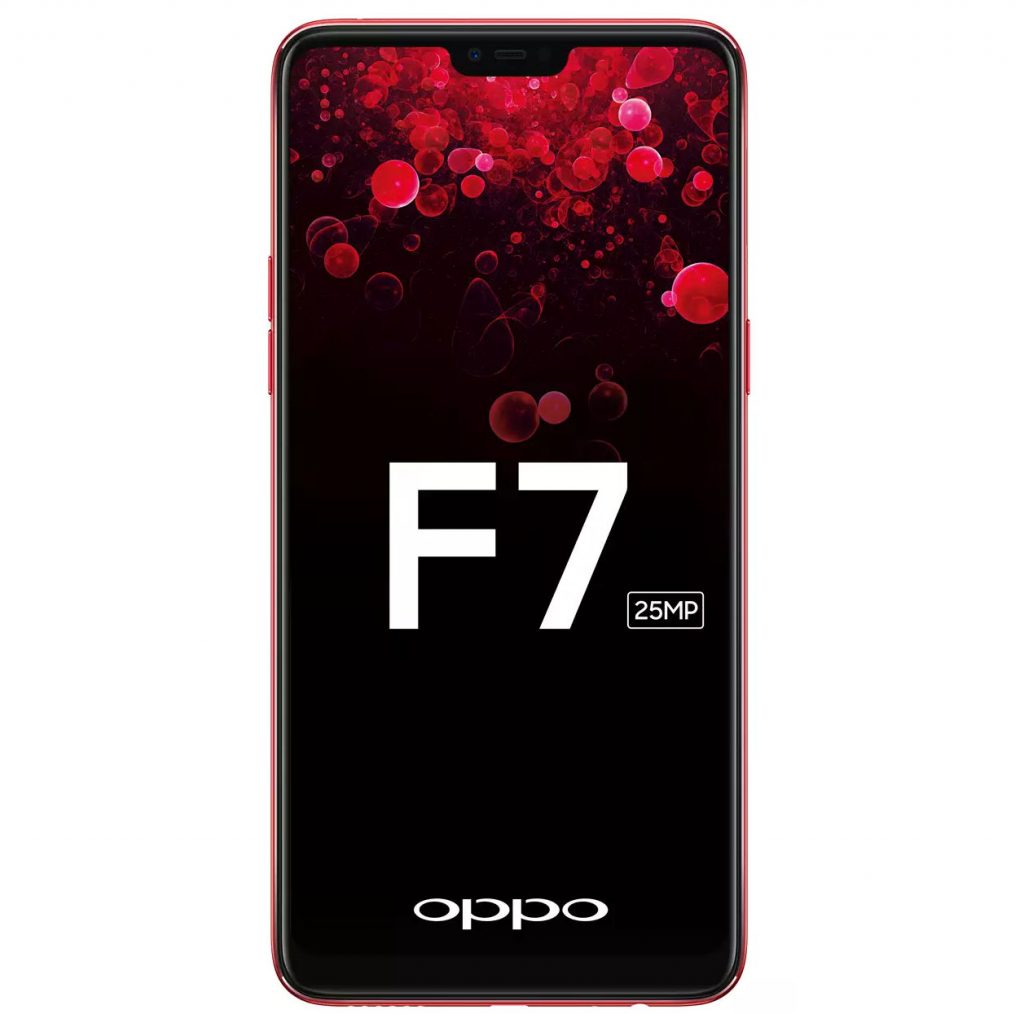 It is also said to come with a 25-megapixel front-facing camera with improved Artificial Intelligence features such as beauty mode for selfies, real-time HDR, AR stickers and more. We should know more details about the phone soon.