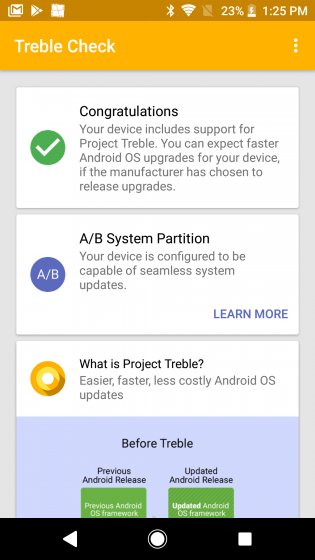 The key motive behind this feature is user can continue using his phone during an OTA (over-the-air) update installation process with very little downtime. Moreover, it also reduces the risk of errors on a new OTA firmware and if something does happen during the update process, the phone will boot into the old partition, until the new update is tried again. Currently, Sony Xperia 2018 phones have support for the seamless updates and we expect to see the support in more premium phones in the days to come.