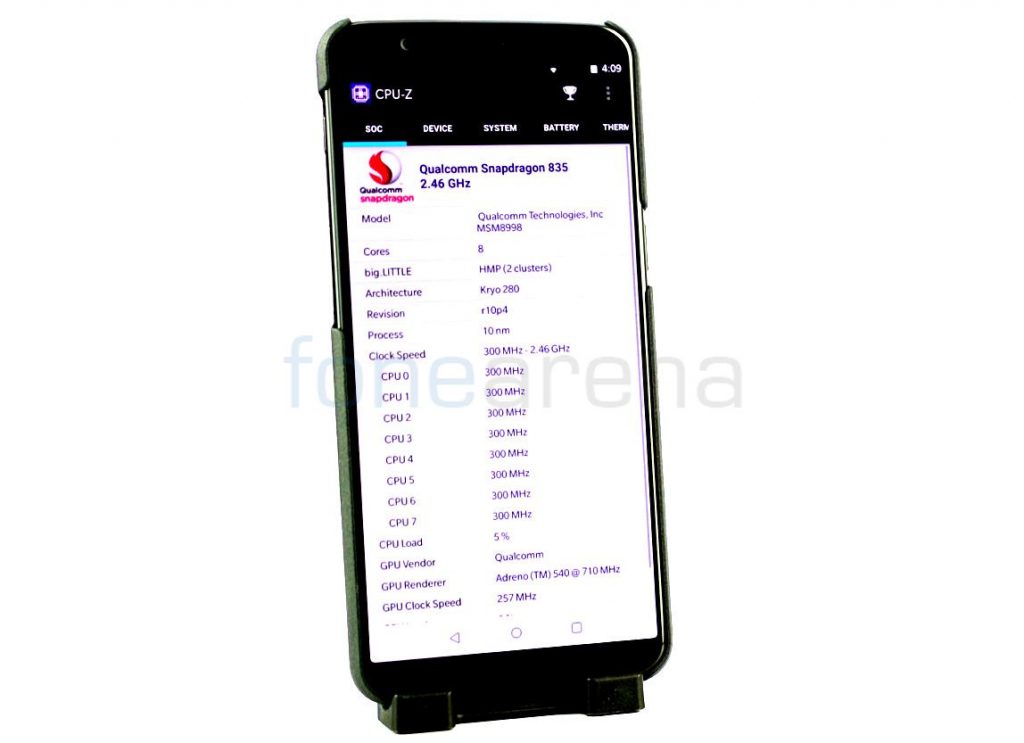 OnePlus launched its flagship OnePlus 5T  smartphone in India. We already brought you the unboxing of the phone, here we have the benchmarks of the smartphone. The OnePlus 5T is powered by an Octa-Core Snapdragon 835 10nm Mobile Platform with that has four custom Kryo 280 Performance cores clocked at 2.46GHz per core and four smaller Efficiency Kryo 280 cores are clocked at 1.90GHz per core and has 710 MHz Adreno 540 GPU,  8GB LPDDR4x RAM, same as OnePlus 5, but this has a larger 6.01-inch 18:9 Full HD+ Optic AMOLED display and runs on Android 7.1.1 (Nougat) with Oxygen OS 4.7. Check out the synthetic benchmark scores. 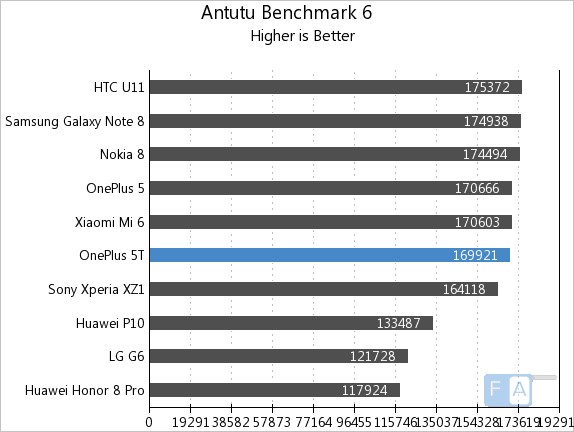 It scored 1,69,921 points in the AnTuTu Benchmark 6 and is placed in the middle, slightly behind the OnePlus 5. 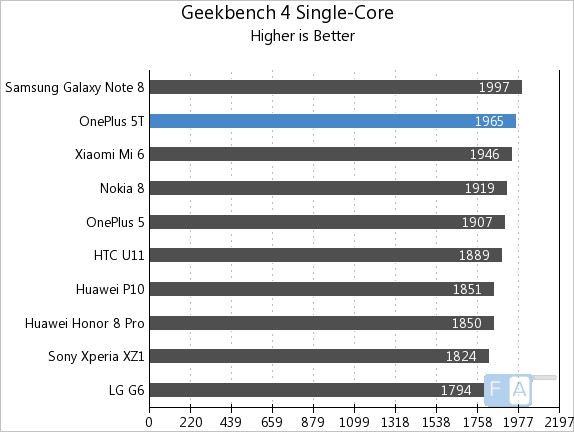 It scored 1965 points in the Geekbench 4 Single-Core benchmark and grabs the second spot. 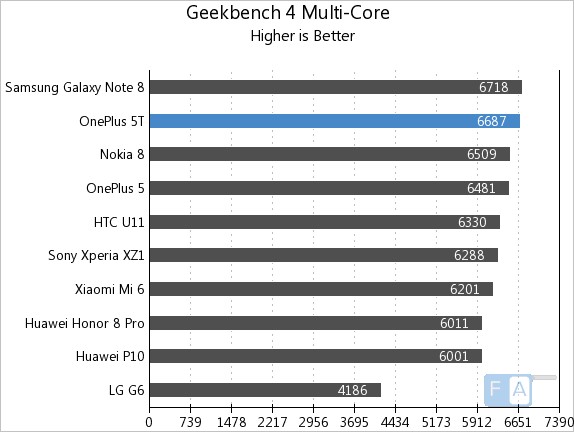 It scored 6687 points in the Geekbench 4 Multi-Core benchmark and grabs the second spot. 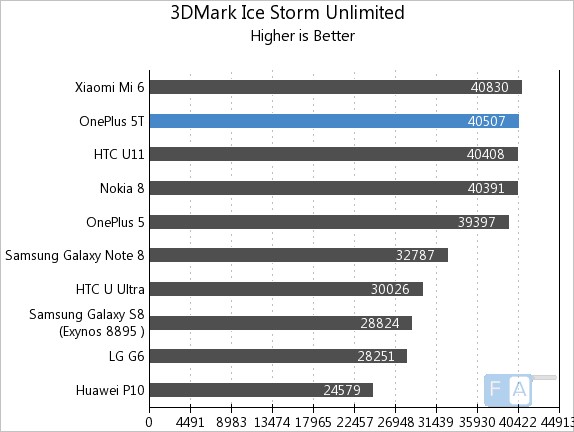 It scored 40507 points in the 3DMark Ice Storm Unlimited GPU benchmark and grabs the second spot, behind the Xiaomi Mi 6. 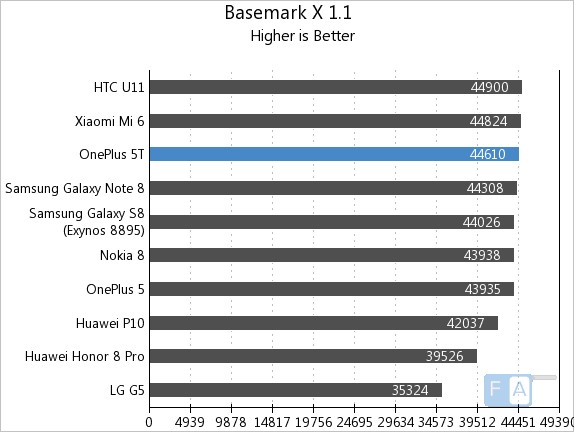 It scored 44610 points and grabs the third spot in the Basemark X 1.1 benchmark. 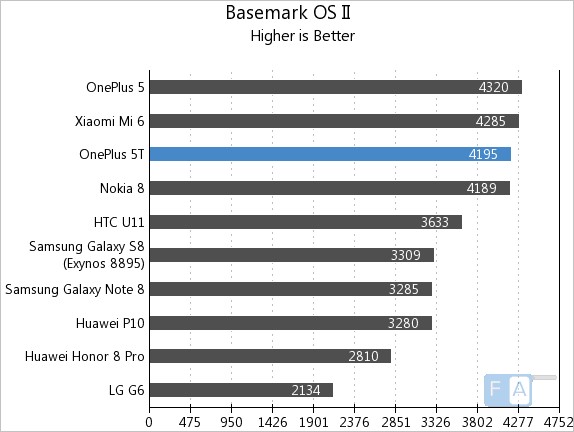 In Basemark OS II benchmark is grabs the third spot scoring 4195 points. These are just synthetic benchmark scores. Check out the real life performance test results in the complete review.