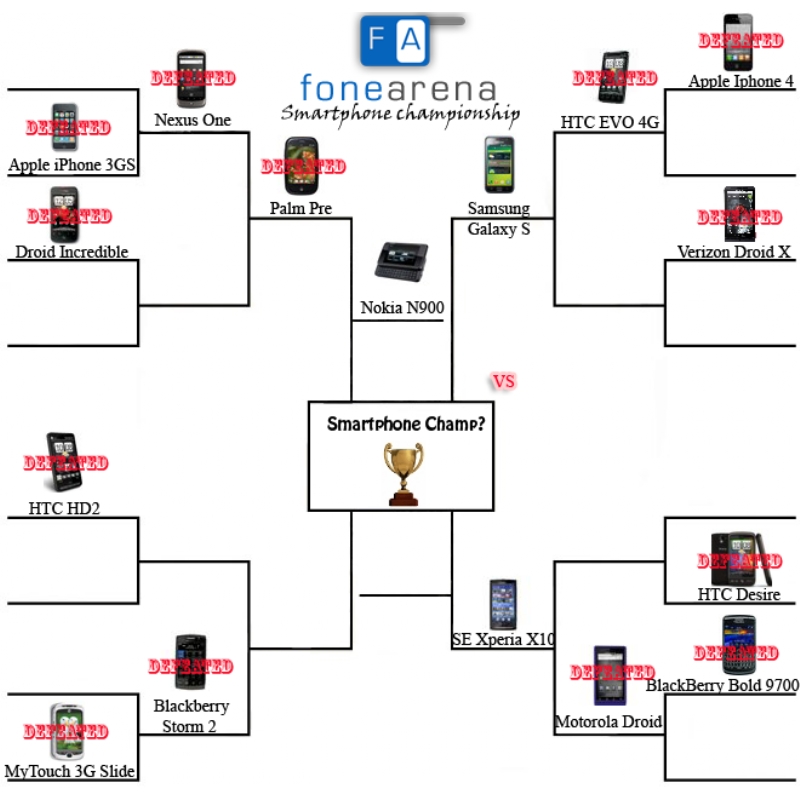 Nokia N900 vs Palm Pre match was the best match of Smartphone Championship yet, where both phones got a lot of support from their fans, but unfortunately there is only one winner. We got total of 6,756 votes, from which Nokia N900 got 3,468 and Palm Pre got 3,288, and finally Nokia N900 takes the lead by 180 votes. I want to thanks everyone for voting, and all the sites for mentioning us. And I heard some of the people were saying that we were supporting Nokia N900 personally, and when N900 takes the lead, we closed the poll. I want to clear the air that this is not true, every poll runs for 2 days, and after 2 days the poll closed it self automatically. The first round of semi final is over, and now lets head to second round.

The next match is between the popular Samsung Galaxy S and Xperia X10. So check out the specs of Xperia X10 and Samsung Galaxy S, and choose the one you think is better. So folks, on your marks, get set, VOTE !