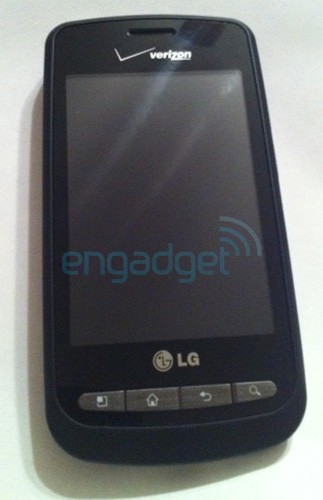 Yesterday, we saw the first shot of the upcoming LG Vortex, which is actually the LG Optimus One for Verizon. We already know about the specs about the Optimus One, but one feature is missing in Vortex. Vortex will not be featuring the FM Radio, which is a bad news for folks who love radio-capable phones.

Verizon picked up Bing search over Google search for LG Vortex. The phones comes with Froyo in it, and Engadget tipster told them that it’s a pretty good device. I think Vortex would be a good choice for folks who are looking forward to a cheap, good, and a reliable Android device. Watch another shot of the Vortex after the break: 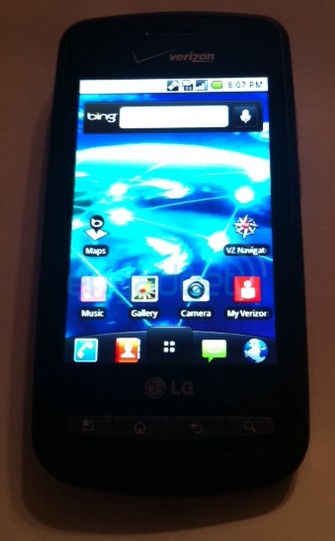