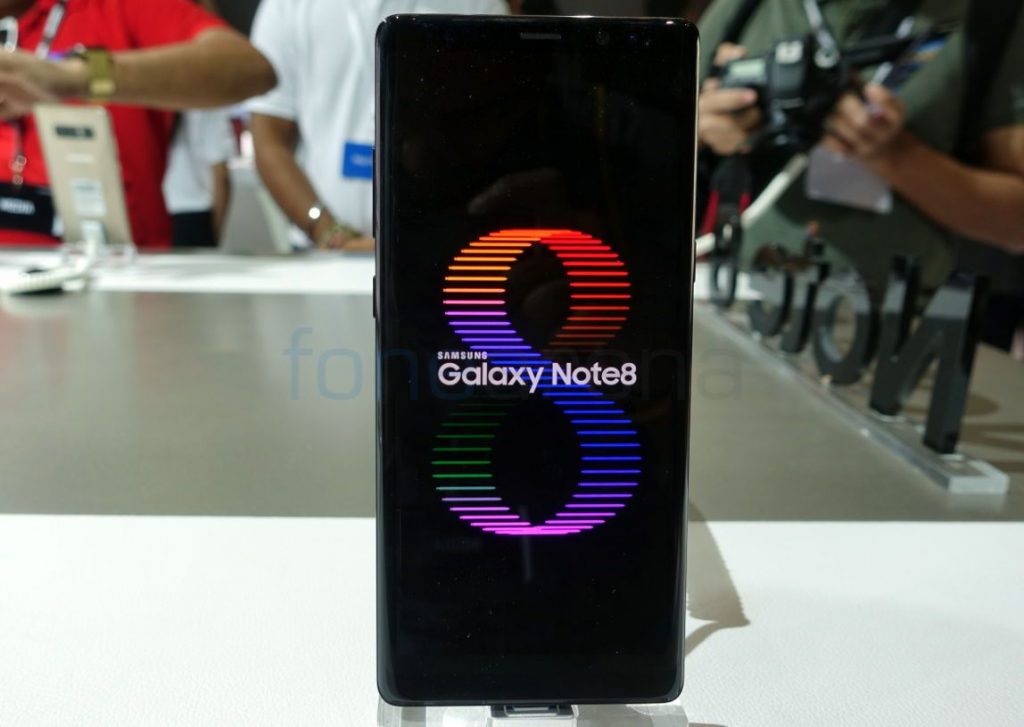 Samsung unveiled the Galaxy Note8 smartphone last month, and as promised, it has started rolling out the smartphone globally from today in 42 countries including the US, Canada, Singapore, Korea and major European markets. Samsung said that the phone will continue rolling out to additional markets in the weeks ahead.

It was launched in India earlier this week for Rs. 67900, is already available for pre-order from Amazon.in, Samsung Shop online as well as retail stores offline and goes on sale in the country from September 21st.

Last week Samsung said that more people in the U.S. have purchased the Galaxy Note8 than previous Samsung Note phones during the same time period.

To remind you, the Note8 packs a 6.3-inch Quad HD+ Infinity Display and comes with 12-megapixel primary camera with f/1.7 aperture and wide-angle lens and a 12-megapixel secondary camera with f/2.4 aperture and telephoto lens offering 2x optical zoom and OIS for both. It has Iris scanner, fingerprint sensor as well as heart rate monitor and is also water resistant up to 1.5 meters of water for 30 minutes with IP68 ratings.