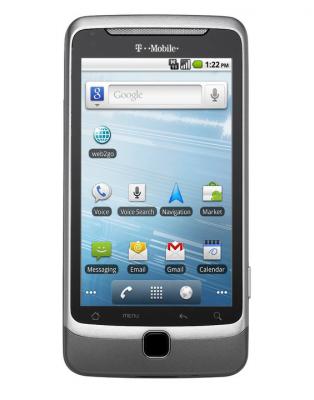 Yesterday, T-Mobile launched the long awaited smartphone, the T-Mobile G2, a true and a powerful successor to the first Android device, the T-Mobile G1. We told you that you can expect a price tag around $200, and yes we were right. Best Buy is the first one to bring G2 in the shelves for people, and they will begin the pre-sale from tomorrow, you can get it for $199.99 with a 2 year agreement. Best Buy also made it official that the phone will be available in stores by Oct.6.

Most of the people are thinking that the G2 is a weak phone because of the 800 MHz processor, but it’s not. You can check out this benchmark test in which the G2 beats the Samsung Captivate, and is almost equal to Nexus One which is running on Android 2.2. The processor overclock speed is less, but it’s a next generation thing. For example, if you buy a Pentium 4 with 3.0 GHz overclock speed, it’s still not faster than the Core 2 Solo with 3.0 GHz speed, so the thing I am trying to say is that the processor in G2 is somehow equal to the Nexus One, or may be better, you don’t need to think that it’s an old 800 MHz processor. All I want to say is that the G2 is going to be my next phone. What about you?