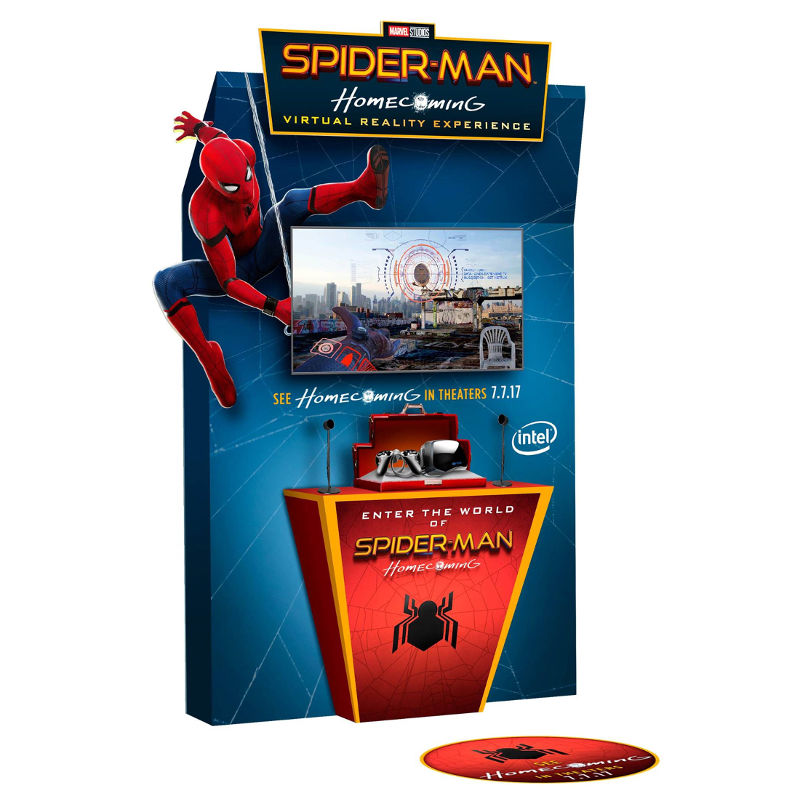 Spider-Man: Homecoming VR will be available for free across all major VR platforms, including PlayStationVR, HTC Vive and Oculus Rift, starting June 30, ahead of movie release on July 7.

Spider-Man is the most beloved superhero in the world, so we knew Spider-Man: Homecoming VR had to be something special. Fans can wear the suit, fire the new web shooters – THWIP! – and swing through the air in a faceoff with The Vulture. It’s every fan’s fantasy turned into virtual reality.

This collaboration is a first for Intel and Sony Pictures Virtual Reality, starting a new era in Intel/Hollywood VR production partnerships using premium cinema content. Together with our silicon, the pervasive power of the Intel software ecosystem offers VR content and game developers the opportunity to create fully immersive experiences that bring the next evolution of compute to mainstream audiences. We are excited to be a part of this blockbuster partnership.