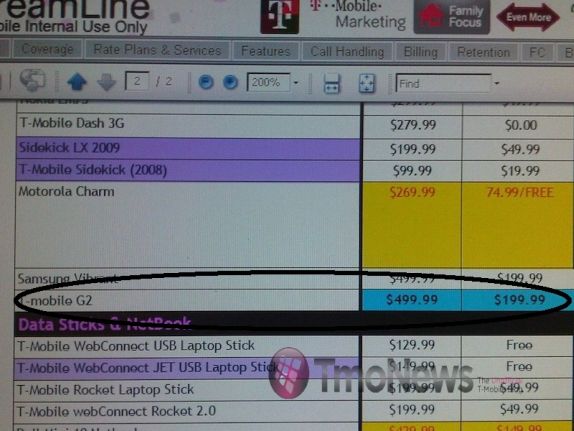 The folks from TmoNews have shared the price for the upcoming T-Mobile G2. It would cost $199.99 with a contract after a $50 mail-in rebate.Looks like it would cost $499.99 without a contract.But it’s not clear if it would be available to non-T-Mobile customers on Pay-as-you go.

The T-Mobile G2 is expected to be launched shortly to mark the 2 year anniversary of the first Android Phone launch. The T-mobile G1 was the first Android phone to hit consumers and we still love the device in and play with it in our labs.The only bummer on the T-Mobile G1 was the incredibly poor battery life and the poor Camera. Hope HTC and T-mobile surprise us with the G2. The leaked pics of the device are certainly interesting !