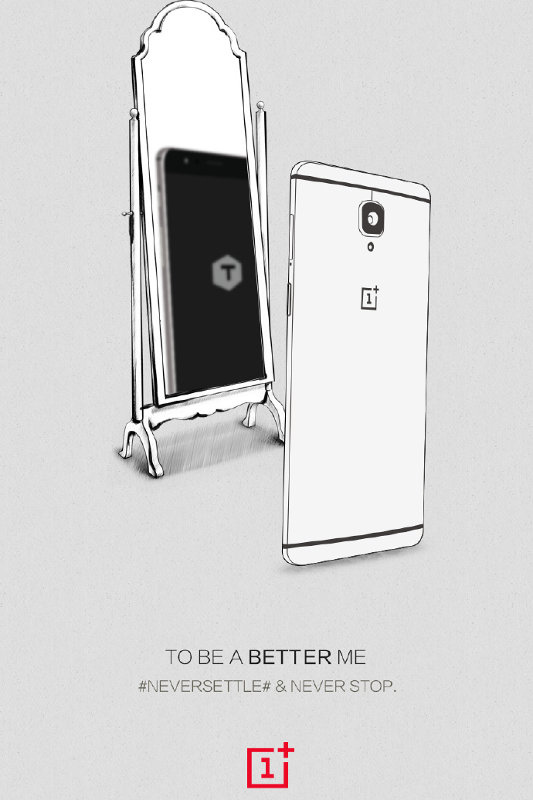 OnePlus already confirmed that it will introduce a Snapdragon 821-powered smartphone on November 15th. Now it has released a new teaser in China that shows a similar design and also confirms the 3T name in the image. It also has a caption – Another self, may be better for you. “T”, coming soon!

It has also released two new teasers on Twitter with captions – More power and More precision. These hint at a better performance or bigger battery and may be an improved camera.

Snapdragon 821 also has support for Snapdragon VR SDK which allows for Daydream support as well as dual phase detection. It is expected to run Android 7.0 (Nougat) out-of-the-box apart from a new processor of course.

We should know all the details about the OnePlus 3T when it goes official tomorrow at 1PM EST (11:30 PM IST).