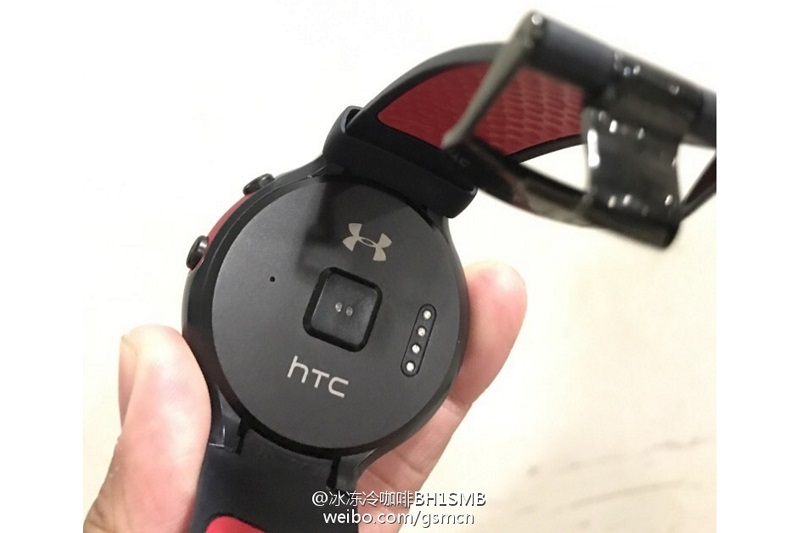 HTC was rumored to be working on a smartwatch for almost two years however that never saw the light of the day. Now, a couple of  images of a Android smartwatch from HTC have surfaced in a new Weibo leak.

Two images of the smartwatch which is codenamed as ‘Halfbeak’ offers a clear look at the watch from front and back. Firstly, the watch has a circular display with a resolution of 360 x 360. On the right side you can see two physical buttons probably for power and navigation. The watch has a sporty look thanks to the rubber straps. 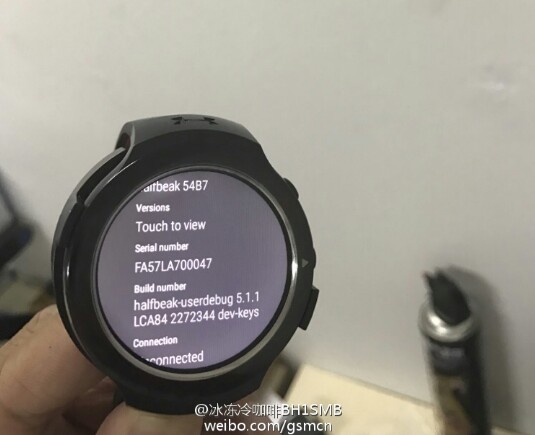 At the bottom you can see HTC and Under Armour branding. HTC had teamed up with Under Armour last year for Healthbox, a connected fitness system that is currently available. The heart rate sensor and pogo pins for charging are also visible. One of the images shows the ‘About’ screen which says the watch is running Android 5.1.1.

A separate report last year stated that HTC is working on a smartwatch codenamed PETRA that run on custom OS. But the smartwatch was never announced.