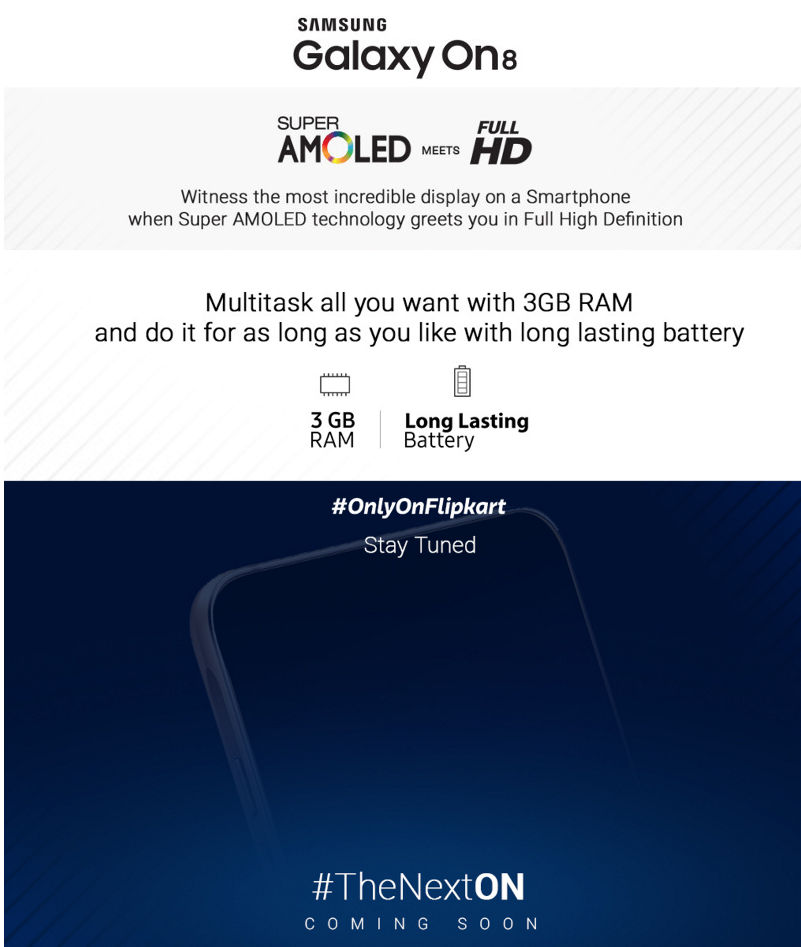 Samsung introduced its new Galaxy On7 (2016) smartphone in China and also teased the Galaxy On5 (2016) yesterday. Now Samsung is gearing to launch the Galaxy On8 smartphone in India. Flipkart has started teasing the phone as #TheNextON on its website and also says that it will be available exclusively available on Flipkart.

The teaser image doesn’t confirm any other features, but the “Big Billion Days Sale” page mentions the Samsung Galaxy On8 as a partner, so the phone will likely go on sale on or after October 3rd when Flipkart offers discounts on “Mobile and Accessories” as a part of the sale.

We should get more details about the upcoming Galaxy On series smartphone next week.