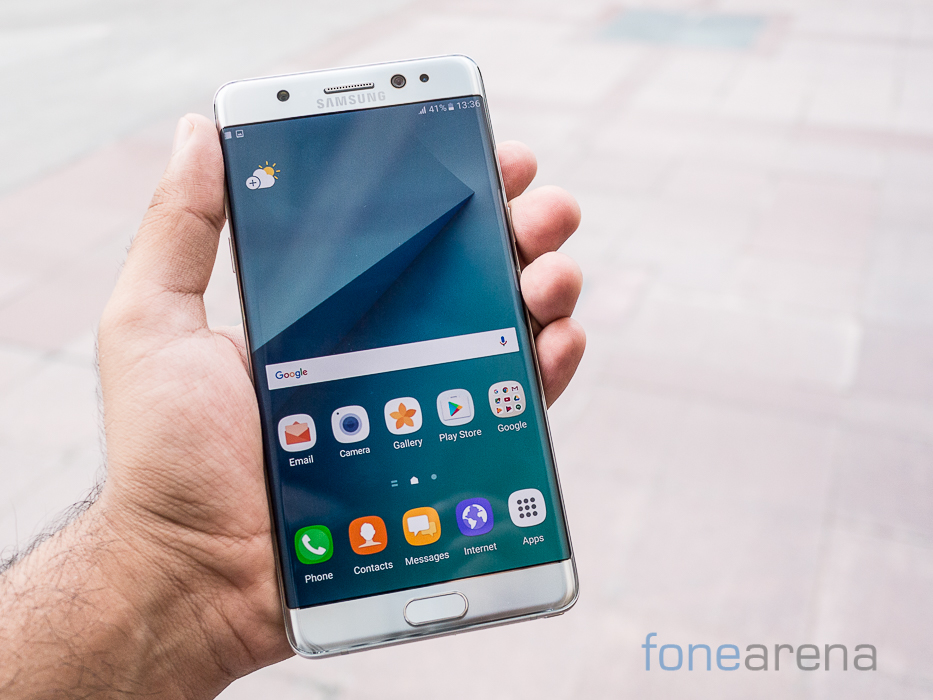 Its just been a few days since Samsung launched the Galaxy Note 7 internationally and it has already made its way here to India. At a press event in Delhi, the company introduced its new flagship level handset.

From the front, the Note 7 is a clear cut evolution of the design pioneered by the Galaxy S7 Edge. The 5.7 inch 2K display on the Note 7 curves over on both sides and leads to an almost bezel less look for the phone. The entire design is very minimal and very focussed on the display creating a highly immersive experience. Up at the top of the screen is the iris scanner, there’s an earphone in the center while a proximity sensor and front facing camera are placed next to it. 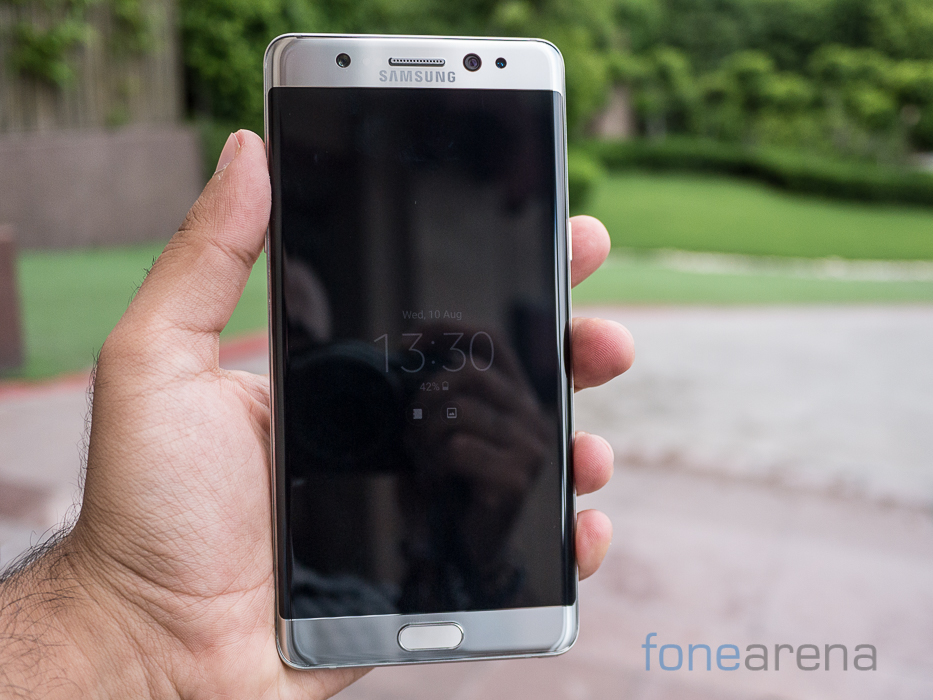 Below the screen lies a hardware home key that also doubles up as a fingerprint scanner. On either side of the button are capacitive keys corresponding to the back and menu keys.

The phone has a Gorilla Glass 5 layer both on the front and the back of the device with an aluminum frame surrounding it from all sides. The volume rocker is also made of machined aluminum and as you’d expect, the tactile feedback is excellent here. Same goes for the power button placed on the right hand side. 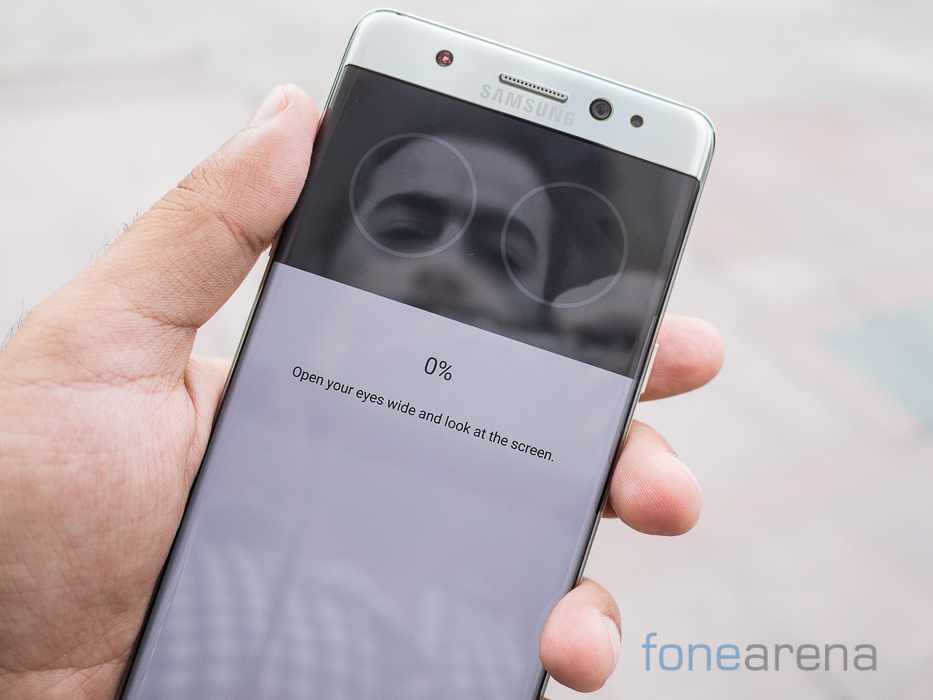 As you’ll note in our hands on video, the iris scanner placed at the top works extremely well in practice and is very quick to both set up and to log you into the device. 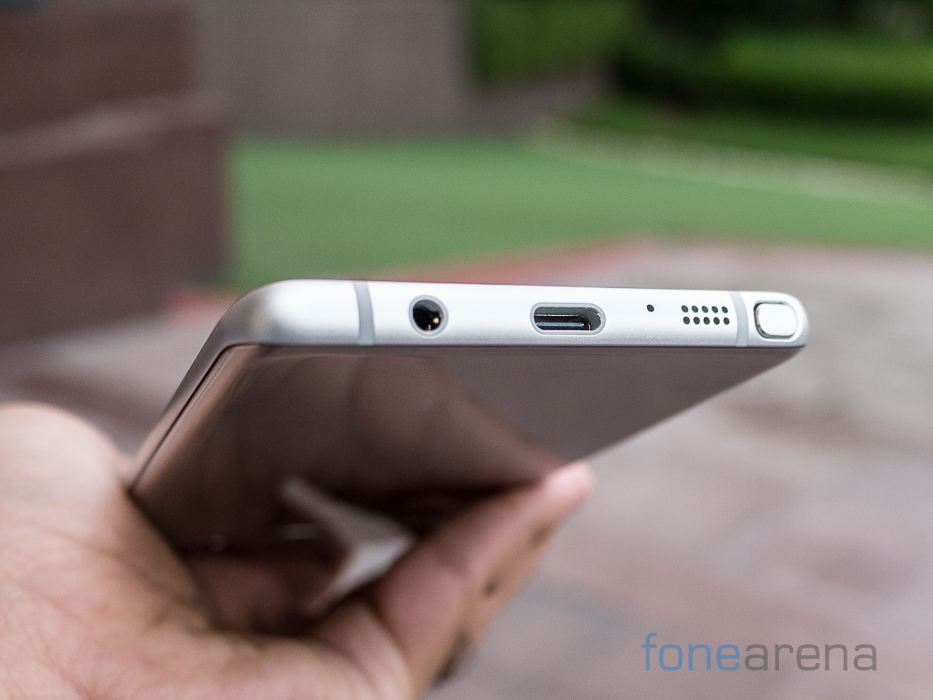 At the bottom lies the USB Type C port. The phone supports USB 3.1 for fast data transfers and also supports fast charging allowing you to top off the 3,500 mAh battery very quickly. There is wireless charging support as well for those who like to live on the cutting edge so to speak. 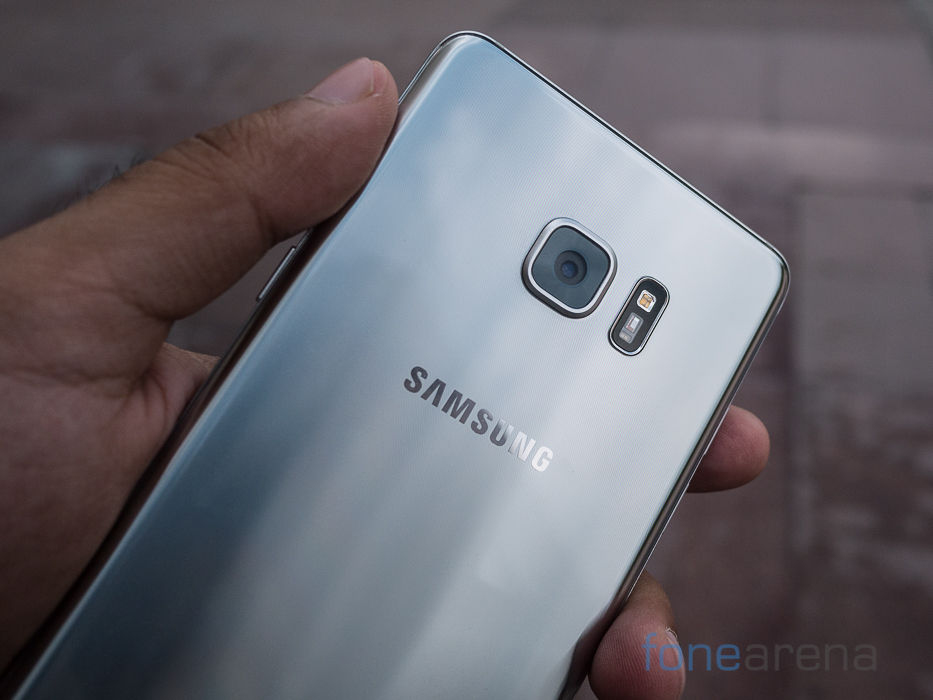 At the back, the design of the phone is quite spartan and once again carries forward the design sensibilities seen on previous Galaxy hardware. There is nothing extraordinarily new here but it is quite clearly an evolution of what we’ve already seen on Samsung’s high end devices. 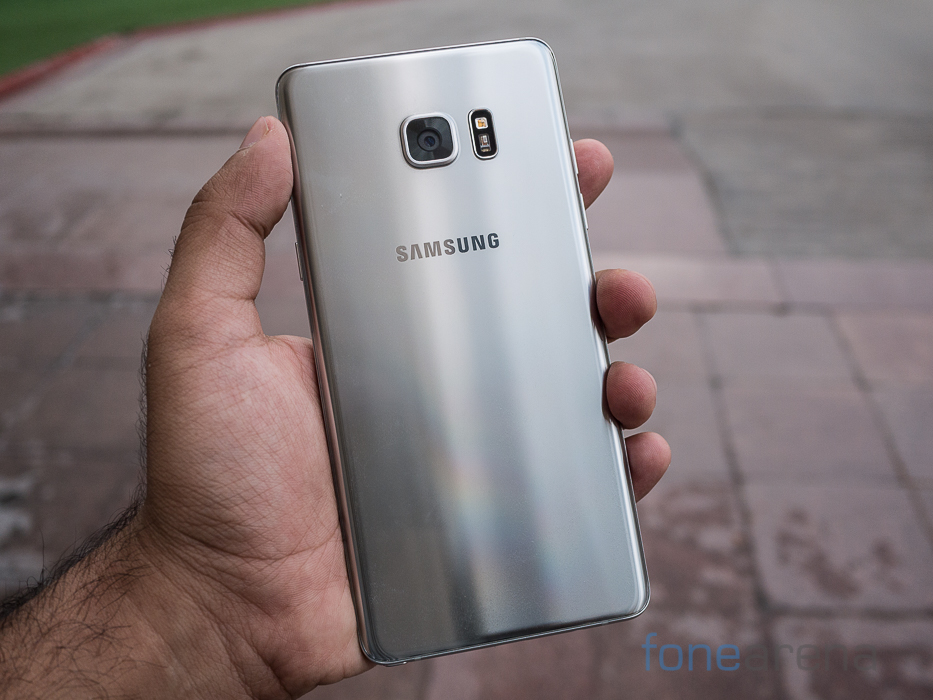 The camera on the phone is a 12MP Dual Pixel unit which includes optical image stabilization. On the right lies the LED flash as well as the laser autofocus module. In our brief testing, the camera quality was just as good as that on the Galaxy S7 which means that you should some of the best smartphone photography capabilities here. It is a bit unfortunate though that the camera module still sticks out marginally from the back of the device. 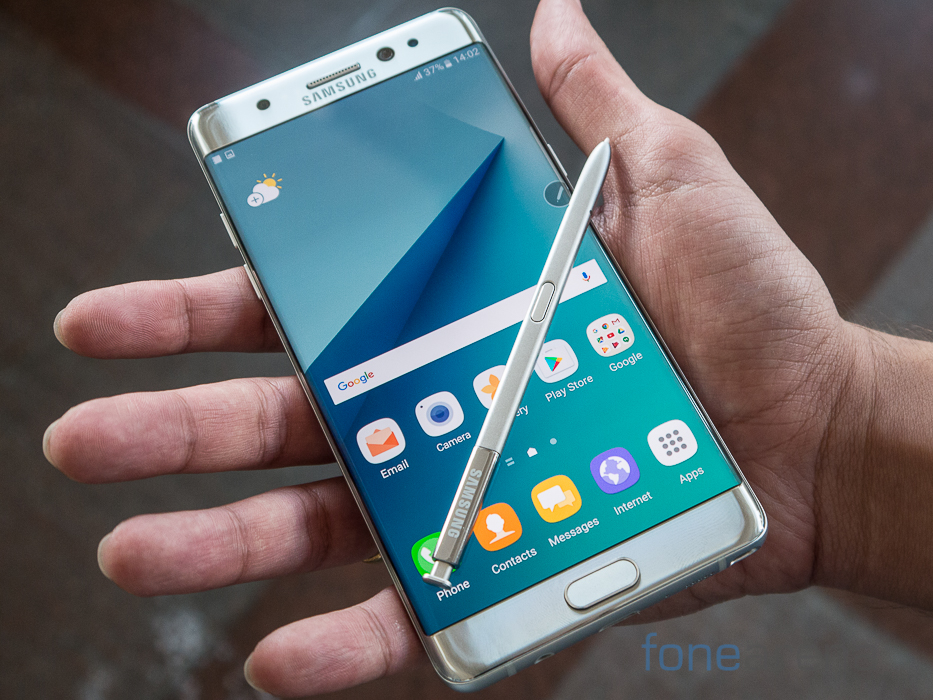 The highlight feature of the Note series is always the S-Pen and Samsung has done well to expand the feature set. Also worth noting is that with the IP68 rating of the phone, you can actually use the S-Pen even when the phone is wet. From a software perspective, you get a new glance mode as well as the ability to translate text using just the S-Pen. 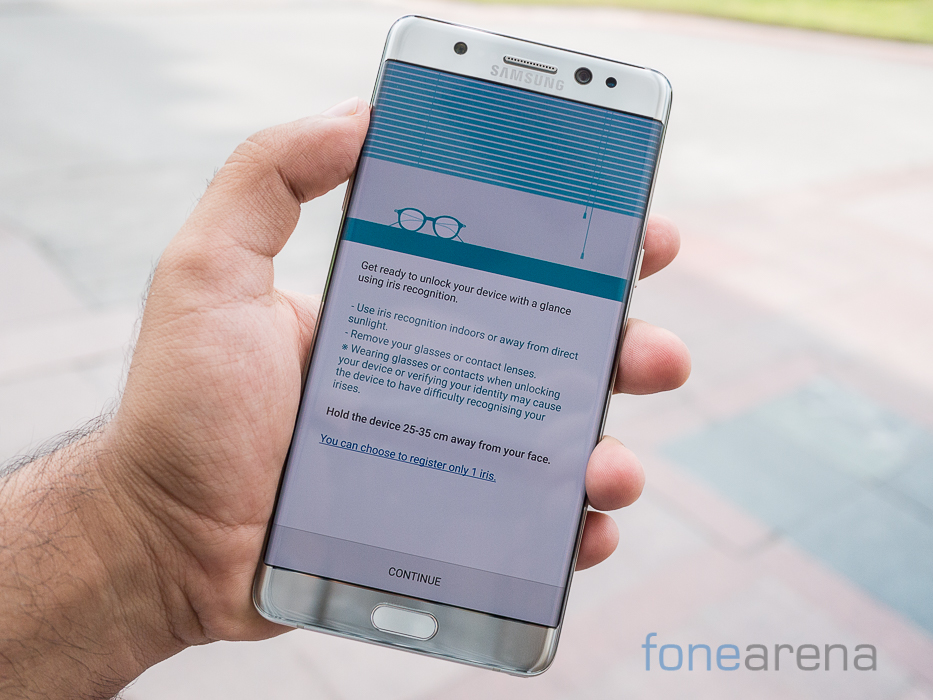 Given the brief amount of time we had with the handset, we haven’t had a chance to test out everything on the device but we certainly like what we see here. The Galaxy Note 7 now at parity with the S7 brings the same powerful hardware with an enhanced software stack geared towards those who like having a stylus on hand. The Samsung Galaxy Note 7 is priced at Rs. 59,900 in India and will be available in Gold Platinum, Silver Titanium and Black Onyx colors.