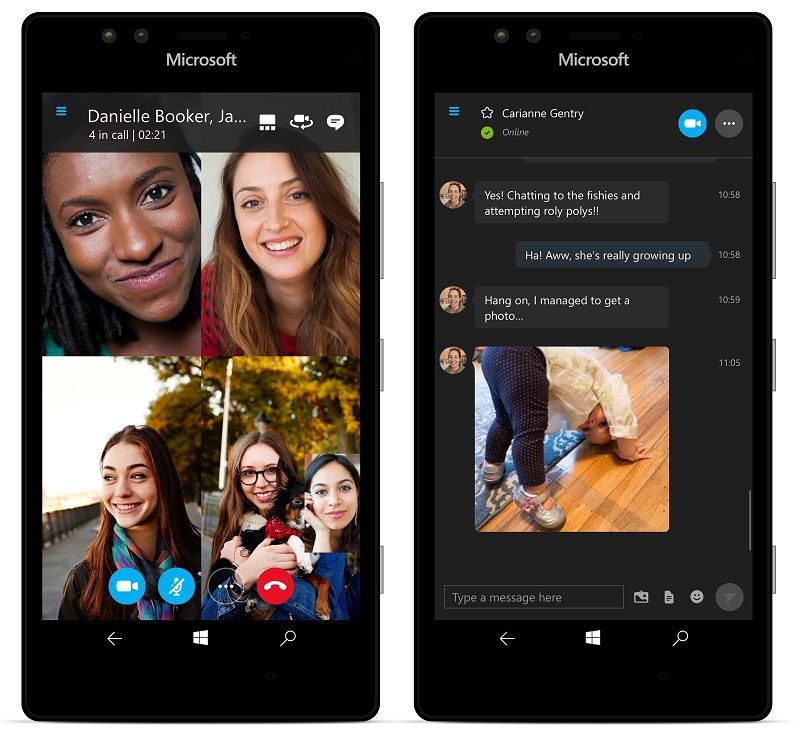 Microsoft has started rolling out the new Skype Preview for Windows 10 mobile devices with the ability to make group video calls. The new software is available to members of the Windows Insider Program.

Group video calls can be made with upto 25 people while you can also talk face-to-face in one-on-one calls as well as message, share photos, video messages, your location, and send emoticons. Moreover, you can also reply to Skype messages without even opening the app.

Microsoft said it will bring new features to Skype on Windows 10 Mobile, including SMS relay that will allow you to send SMS from a Windows 10 PC or Windows 10 phone. This will give you the ability to send and receive texts, group messages, and photos all in one app, as well as a single view of your SMS and Skype conversations.

This updated Skype Preview is also available for Windows PC. The new version comes with several improvements, including the ability to share your screen, send files, talk with chatbots, and get real-time translation of voice and video calls as well as instant message.

The release comes as Microsoft gears up to release Windows 10 Anniversary update on August 2.