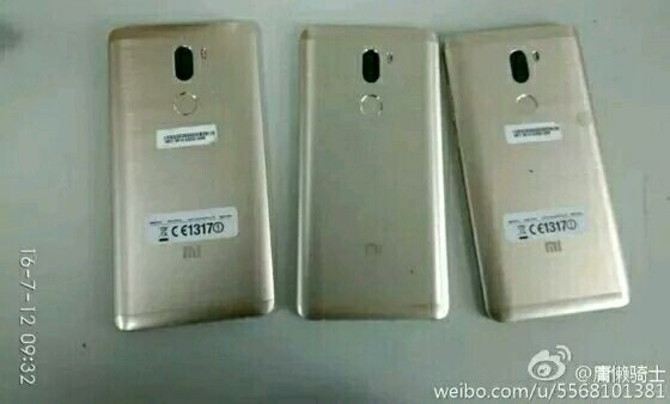 Xiaomi Redmi Note 4, the company’s upcoming smartphone in the Redmi Note series with dual cameras surfaced last week. Now an alleged retail box image has surfaced on weibo that reveals that it will be powered by Deca-Core MediaTek Helio X20 SoC, instead of Snapdragon 652 SoC as rumored earlier. 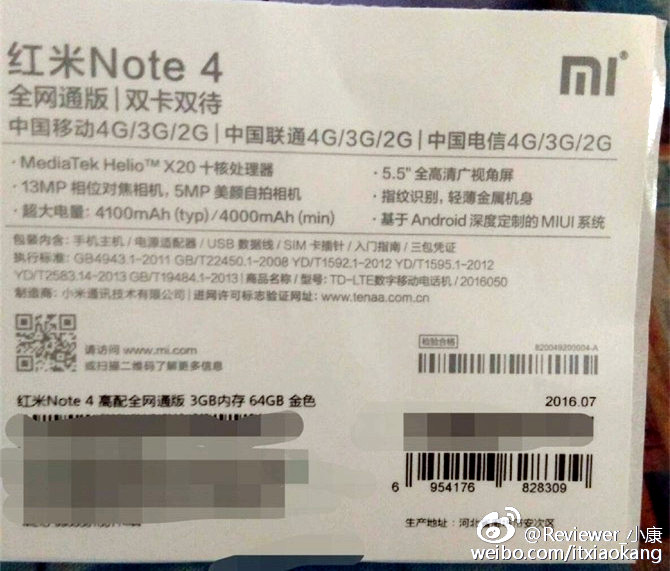 It is expected to have a unibody metal design, similar to the Redmi Note 3. The new leak doesn’t mention anything about dual cameras.

The Xiaomi Redmi Note 4 is expected to be unveiled at an event in China that the company has scheduled on July 27th. Xiaomi is also rumored to introduce a Windows 10 laptop at the event.