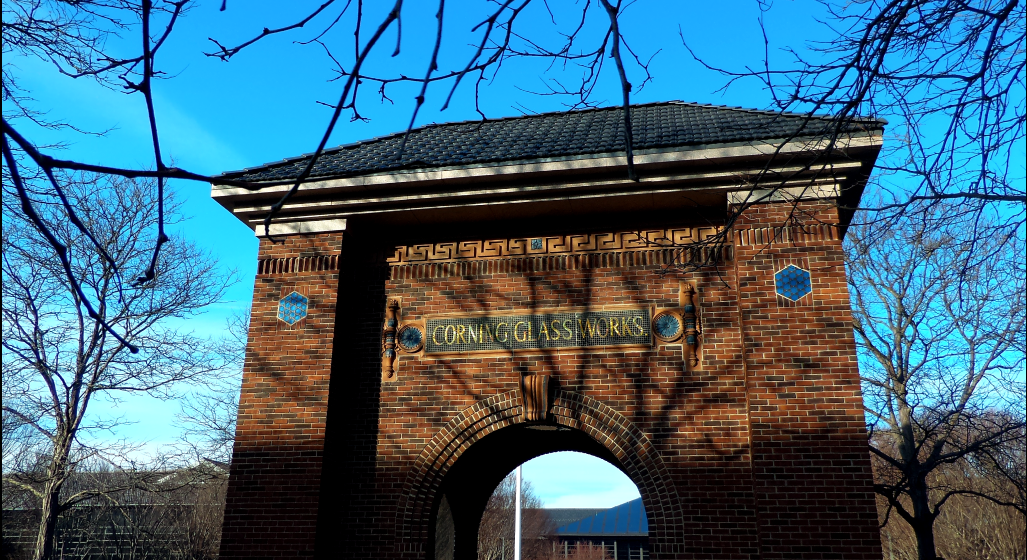 A chilly breeze greets us as we stand outside the headquarters for what is arguably one of the largest glass manufacturers in the world. Corning® Gorilla® Glass helps protect our smartphones and is perhaps the de-facto standard in cover glass. We arrived in the town of Corning and were about to get unprecedented access into what goes behind making Gorilla® Glass. 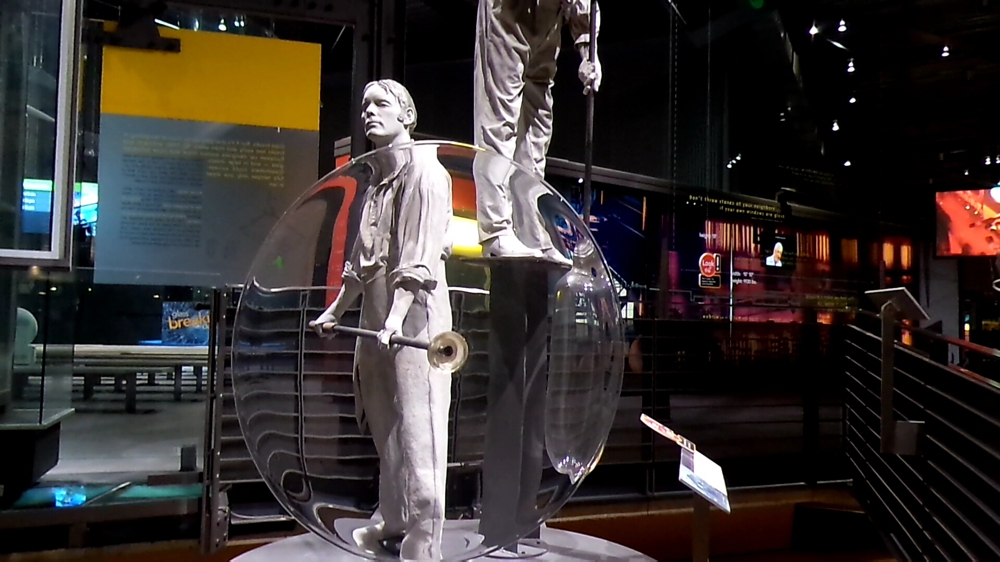 Founded in 1851 by Amory Houghton as the Bay State Glass Co, the company settled in the charming little town of Corning, New York where it eventually came to be known as Corning Incorporated. Corning is home to one of the United States’ oldest research and development facilities. They formally established a research and development laboratory in 1908, when only a handful of companies were engaged in formal research and development. The Sullivan Park campus is home to some of the world’s leading experts in glass, material science, optical physics and process engineering. Little known fact, Corning was responsible for creating the iconic bulb shaped glass design for Thomas Edison’s incandescent light bulb. What has recently made Corning a house hold name though was its Gorilla® Glass that is seeing widespread use in the smartphone industry. Competing with other chemically strengthened glasses, Corning’s alkali aluminosilicate sheet glass has transformed the industry. Interestingly enough, the glass that inspired Gorilla® Glass was developed when smartphones weren’t even a blip on the horizon.

Back in 1960, Corning was experimenting with chemically strengthened glass called Chemcor. If the Chemcor glass was good enough for the Apollo lunar module, it certainly was good enough for sports cars where it was used in the late 1960s. Over time though, this formulation was put aside until 2007 when the company decided to investigate if it could find use in consumer electronics like smartphones. The rest is history. Since then, Gorilla® Glass has been used on 4.5 billion devices worldwide and sees no sign of this trend abating.

At the facility, we received a first-hand look at how Gorilla® Glass is developed and the process is nothing but mind boggling. The company uses a technique known as Fusion Draw. Unlike glass formed by other processes – like the float method, in which hot molten glass flows onto a bath of hot tin, fusion-formed glass can forgo costly surface polishing and many other post-production steps. The process essentially involves heating up the composition i.e. the silicon dioxide, sodium oxide and other chemicals that combine to create the formula for Gorilla® Glass. The temperature goes up to well over 1000 degree C and at this point, the molten formulation gets collected into a trough with an isopipe attached to it. As the glass starts flowing down through the slit, it also starts cooling down and takes the form of a flat, clear sheet of glass. This cooling process is known as annealing and is critical to relieve residual internal stresses introduced during the manufacturing process. When making Gorilla® Glass, this is followed by an ion exchange process that adds compressive strength to the glass making it a tough durable cover glass.

The Gorilla® Glass formulation too hasn’t exactly remained the same through the years. What started off as just really tough glass has seen multiple iterations in the form of Gorilla® Glass 2, 3 and is now at its 4 th revision. So what has exactly changed? With Gorilla® Glass 2, Corning was able to make the glass 20 percent thinner than the original while still keeping it just as tough. This had big ramifications towards making the handset slimmer. Next up was Gorilla® Glass 3 which was up to 3 times more resistant to scratches compared to the previous generation, able to withstand keys, coins and other usage related scuffs.

The latest generation Gorilla® Glass 4 focuses on drop protection where it is much less likely to get damaged even when dropped onto a rough surface from 1 meter. Corning was quick to remind us that the glass is definitely not ‘un-breakable’ but there’s a pretty good chance that you’ll find it quite hard to break your display in case you’re not all that careful with your phone. As you’d expect, Corning runs a battery of tests on every new formulation of glass produced to see how well it holds up to bending, scratching and just throwing it down on simulated asphalt. Flex tests, drop tests, ball drops and studying the breaking of glass is almost a way of life at Corning. Analyzing the fault lines, the fracture patterns and surrounding data is critical towards developing glass that is not just stronger but is simply better. No, Gorilla® Glass isn’t indestructible but believe it that Corning has a crack team working towards achieving that goal with every subsequent release. 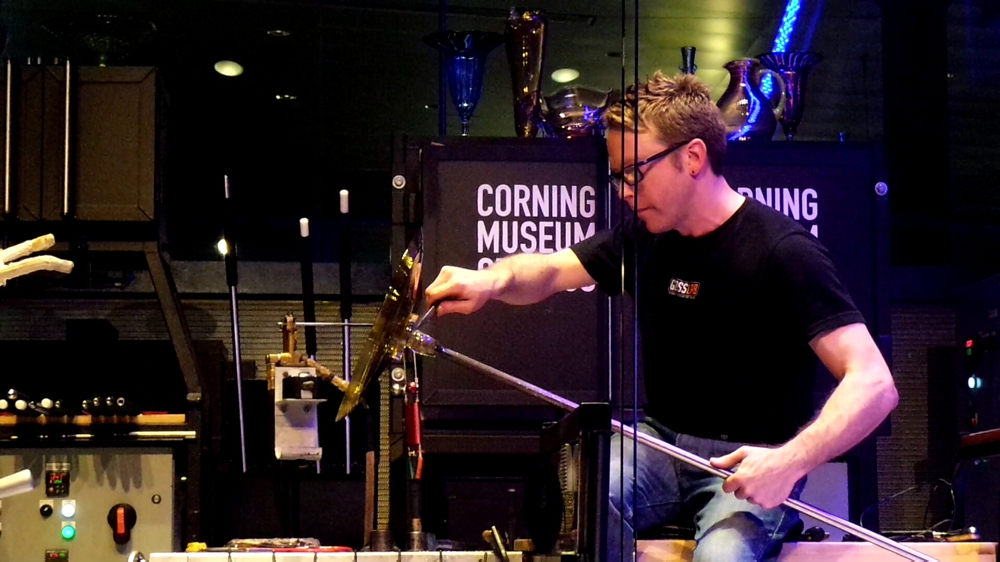 The very same experimentations and improved processes have helped expand utility of the glass drastically. Gorilla® Glass is finding its way into an increasing number of consumer electronics like tablets, laptops and even smart watches. It might be fortuitous but the company is on the cusp of coming full circle as it gears up to manufacture Gorilla® Glass for high end sports car windshields.

The more you roam the halls of Corning the more you begin to realize that this really is a research driven company where science comes first. Innovation can be found at every corner as we found out first hand when we stepped into a nondescript laboratory that had served as the birthing ground for Gorilla® Glass. From the demos of fluorescing glass to bendable glass, Gorilla® Glass and archival quality prints on it, there’s so much more to glass than catches your eye. Corning says that most employees at the facility tend to be lifers i.e. researchers and scientists who have found a home that fosters their desire to develop new forms of glass and extend that to interesting use cases. Indeed, Corning stands tall as one of those material science innovators that is shaping the future of how we interact with our most personal devices.