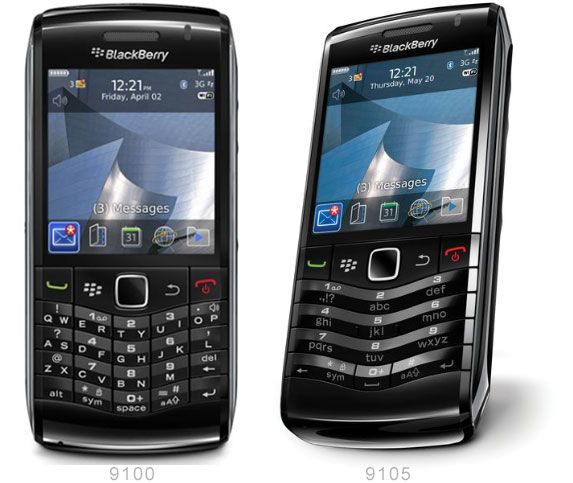 Today in a event in Mumbai ,  Research in Motion – RIM launched the Blackberry Pearl 3G in two models 9100 and 9105 in India.The BlackBerry Pearl 9100 features a 20-key condensed QWERTY keyboard and the BlackBerry Pearl 9105 features a 14-key traditional phone keyboard. Both the models include SureType which is T9 equivalent in BB world. Surprisingly no price has been announced but we are guessing it to be around the Rs.16-20000 mark.

Video recording requires a microSD card, which may be sold separately.
Certain music files may not be supported, including files that contain digital rights management technologies. Photo syncing is currently only available for Windows-based PCs.

Frenny Bawa, Managing Director, India, Research In Motion, said “The new BlackBerry Pearl 3G is an ideal smartphone for people who want to take their friends with them wherever they go. It has a rich set of communications and multimedia features in an incredibly compact and sleek design, making it particularly attractive to customers who are looking to upgrade from a traditional cell phone to a powerful 3G handset. Both models enable quick and easy text input for maximum enjoyment of real-time communications applications like BlackBerry Messenger, email and social networking.”

FoneArena was at the launch event and we are working on uploading live pics of these new BBs !