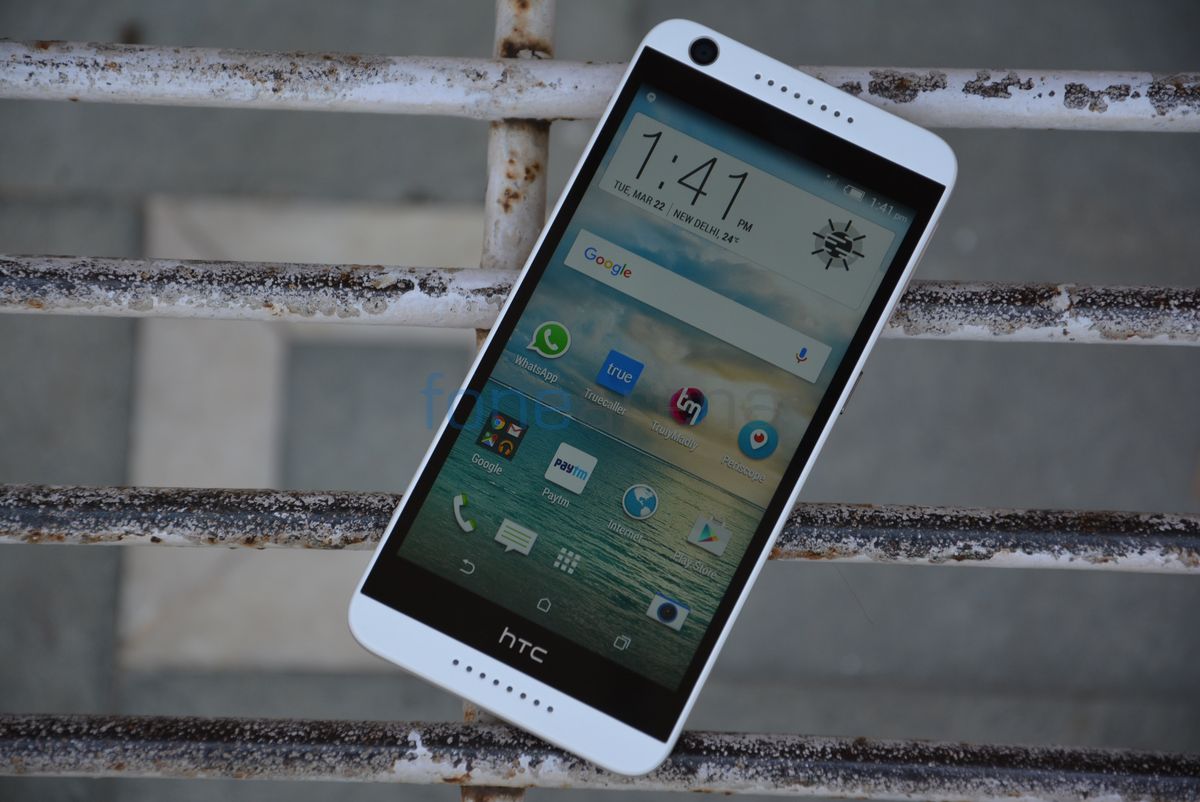 HTC recently launched its mid-range Desire series smartphone the Desire 626 Dual SIM in India at Rs. 14,990. The phone is available at a much lower price already, but it still doesn’t have that competitive specifications on paper for its price segment of devices. Considering that it comes from a reputed brand like HTC, we decided to give it a closer look and here’s our full review of the Desire 626 for you.

The design of Desire 626 is similar to the other HTC’s other desire series phones. The handset sports a plastic uni-body with rubberized rim. The dual-tone colour design extends through the rim and around the camera circle. The phone comes in two colours combinations namely – Blue Lagoon and White Birch. 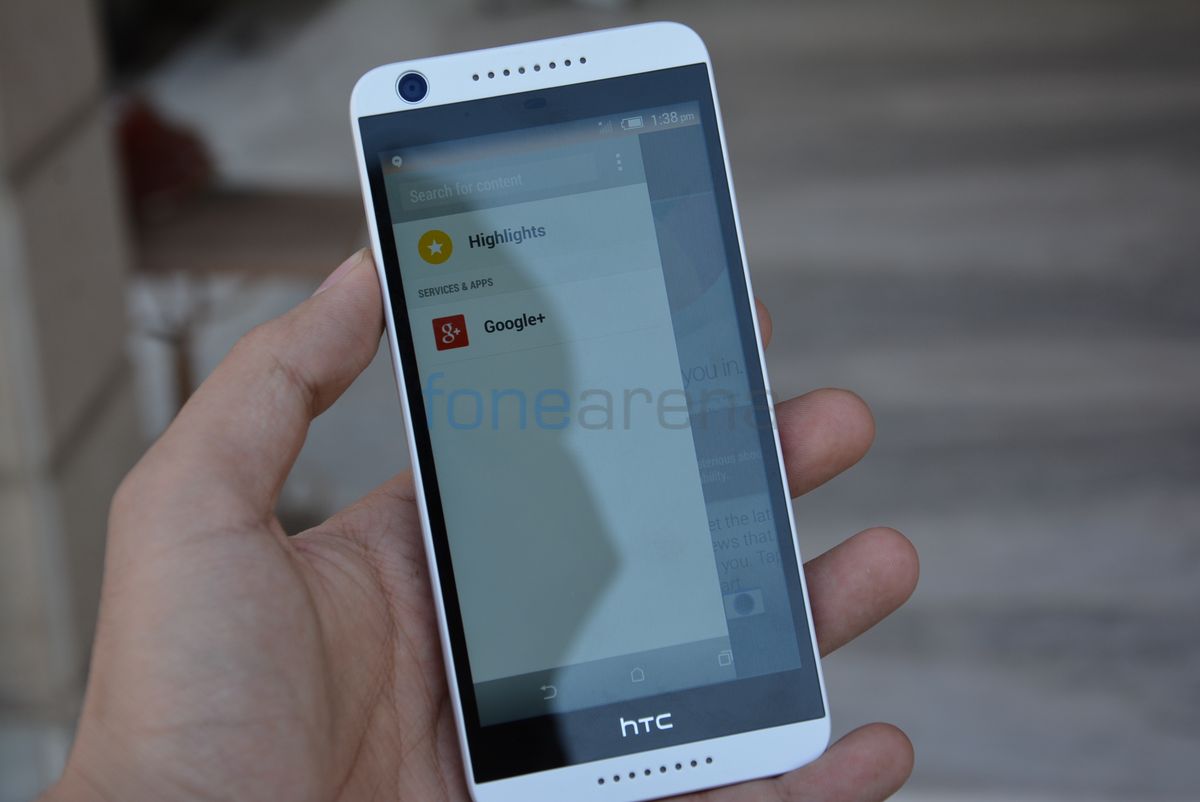 The front panel packs a 5-inch HD display and features two boomsound speaker design, but only the bottom grill has the speaker in it. On the left top corner of the display has the 5-megapixel camera, while the notification LED and two sensors – ambient light and proximity sensor are located on the back bezel on the top of the display. 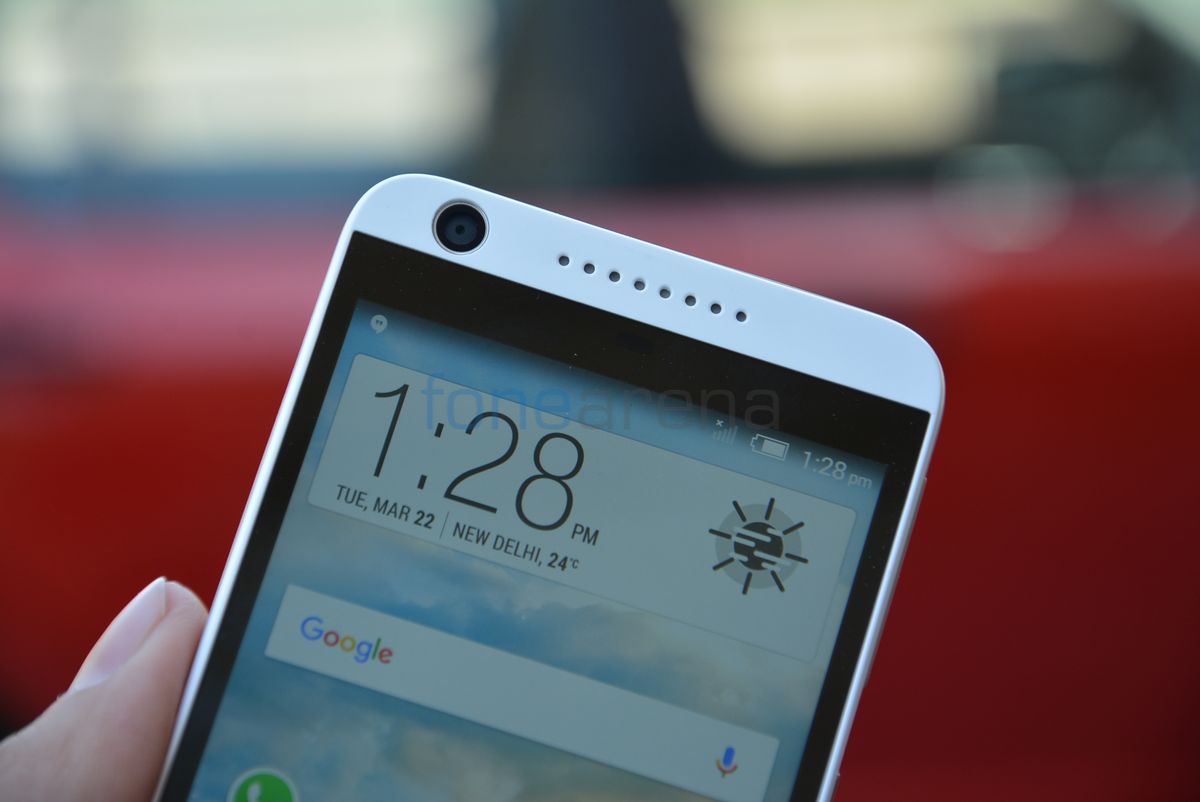 The three capacitive touch buttons (back, home and recent) are located within the display area and then there is the HTC branding just below it, on the black bezel area. 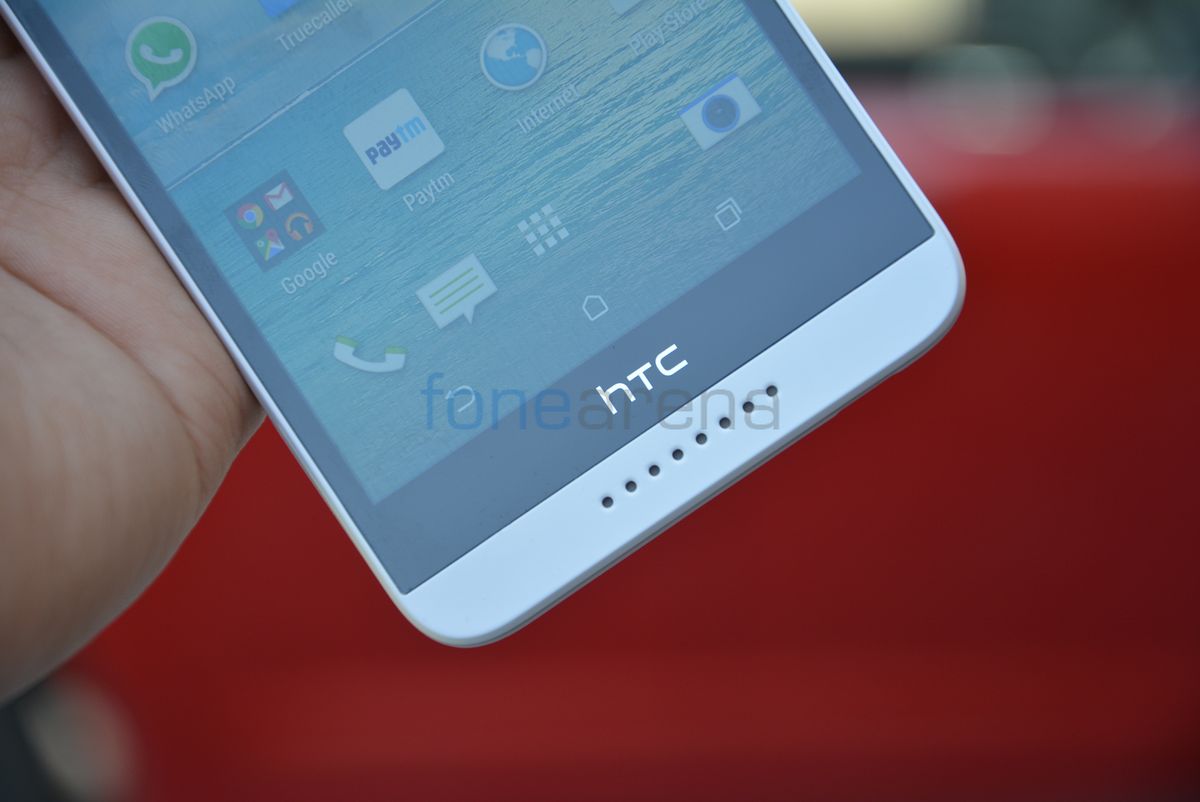 The back panel has glossy plastic finish, so it attracts smudges easily. The 13-megapixel primary camera with LED flash is on the top left corner and the primary noise cancellation microphone is on the top center back panel. 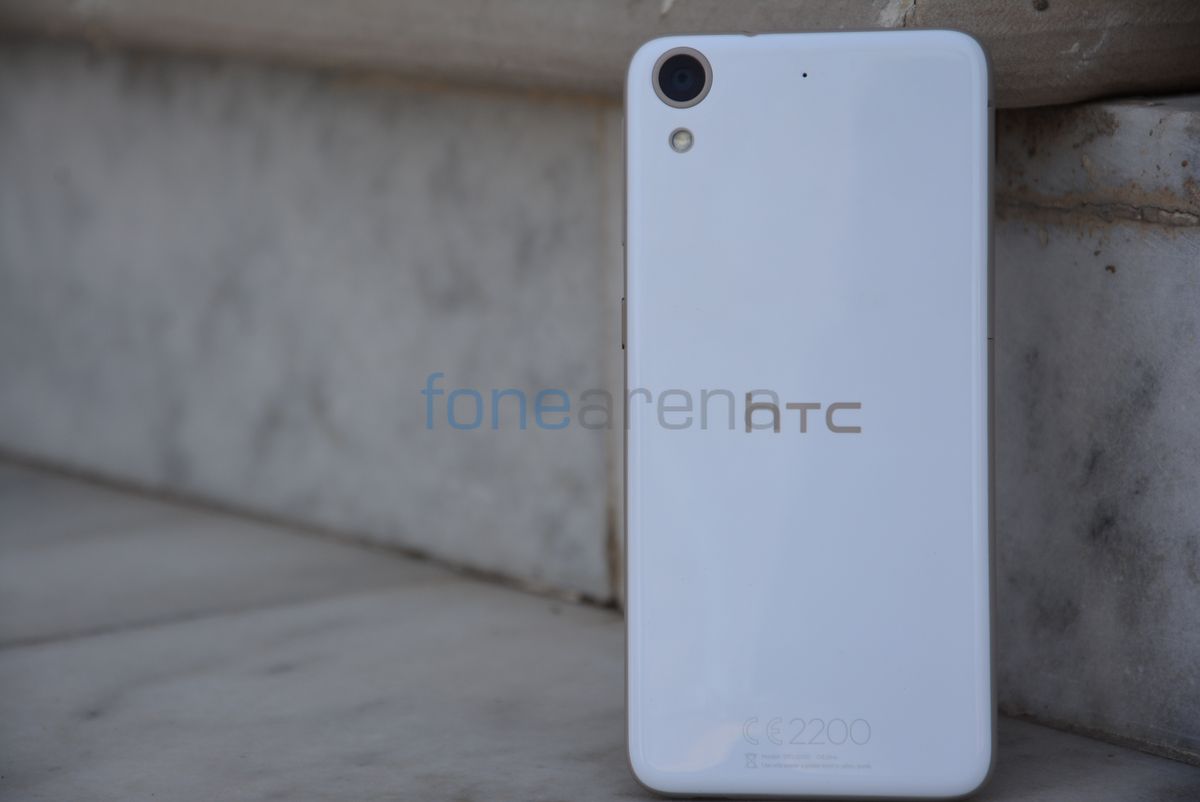 Since the back is non-removable, you’ll find two SIM cards (Nano-SIM) and a microSD card slot on the left edge of the device. The volume rocker and the power / lock key is on the right. 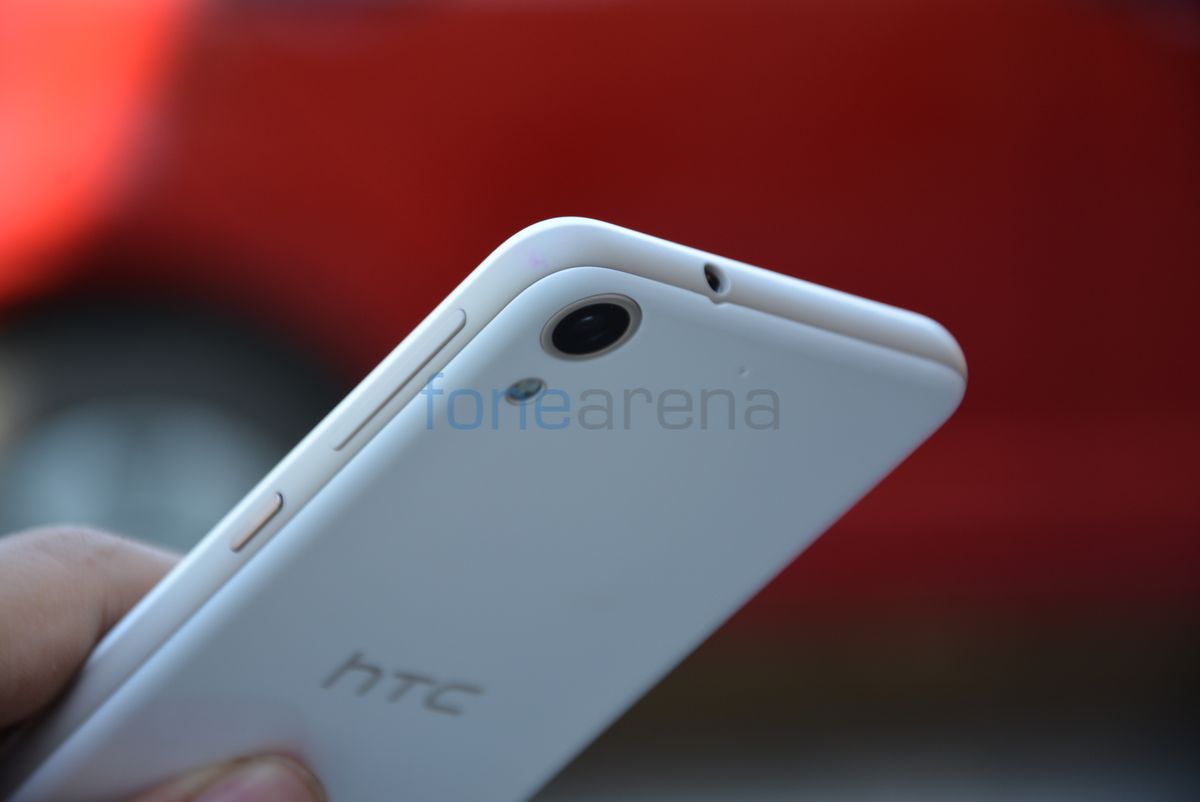 The top edge has got the 3.5mm audio jack along, but the secondary noise cancellation microphone is on the back of the device, next to camera. 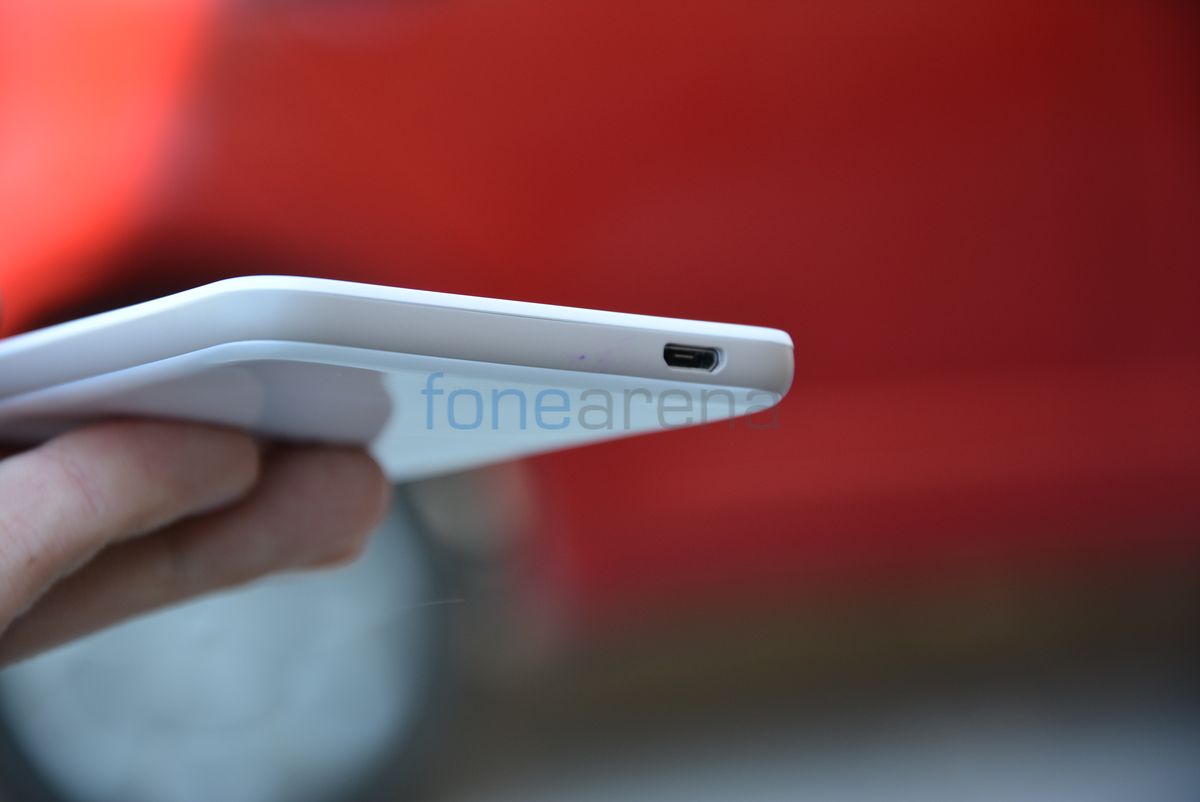 The HTC Desire 626 Dual SIM features a 5-inch HD (720 x 1280 pixels) IPS display, which is slightly reflective and attracts fingerprints / smudges easily.  The colour reproduction is nice and quite close to natural but the brightness is a bit low for outdoor sunlight usage, so this might just be an issue, although the touch accuracy and viewing angles are at par with any high-end smartphone. 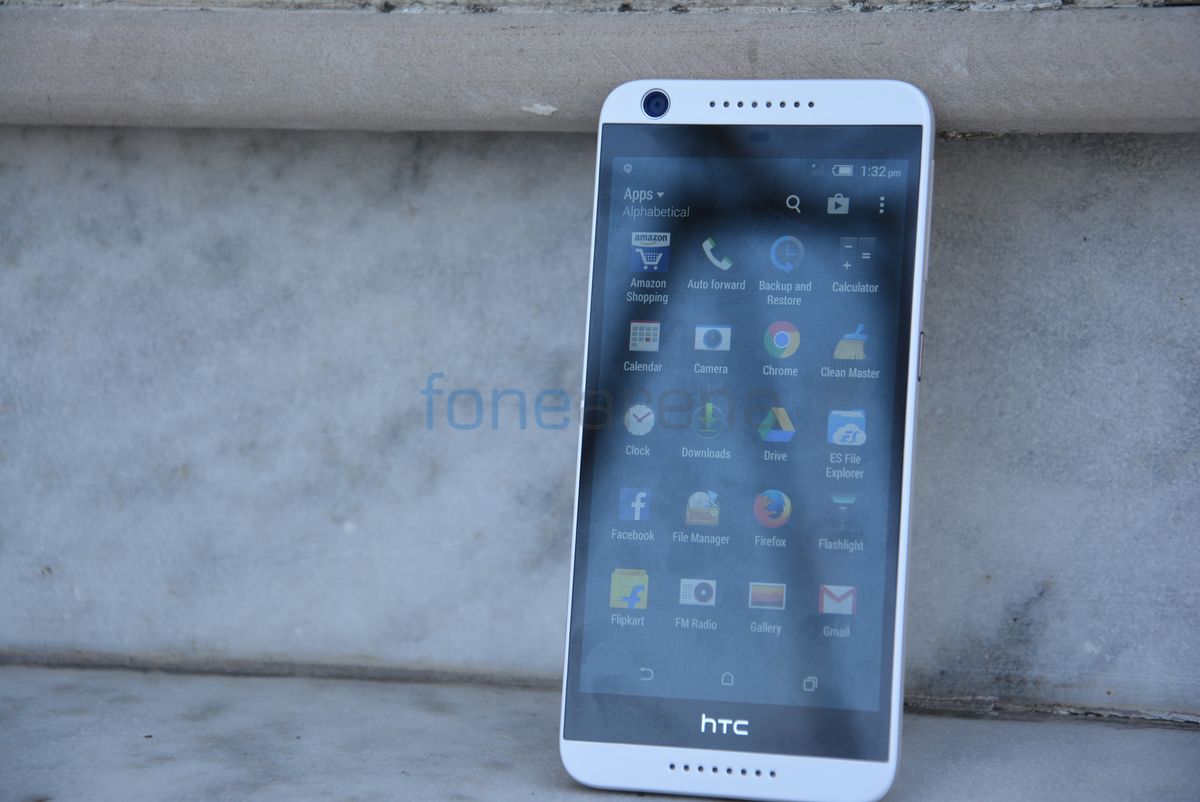 With respect to its competition at this price point, HTC could have provided a better display for sure. So as per our observation of the display of Desire 626, it is definitely nice but lacks the competition big time.

The Desire 626 packs an Octa-Core 64-bit MediaTek MTK MT6752 SoC clocked at 1.7GHz, coupled with Mali-T760 GPU and 2GB of RAM. It runs Android 4.4.4 Kitkat with HTC Sense 6 UI on top. There is no official timeline for the further update as yet. 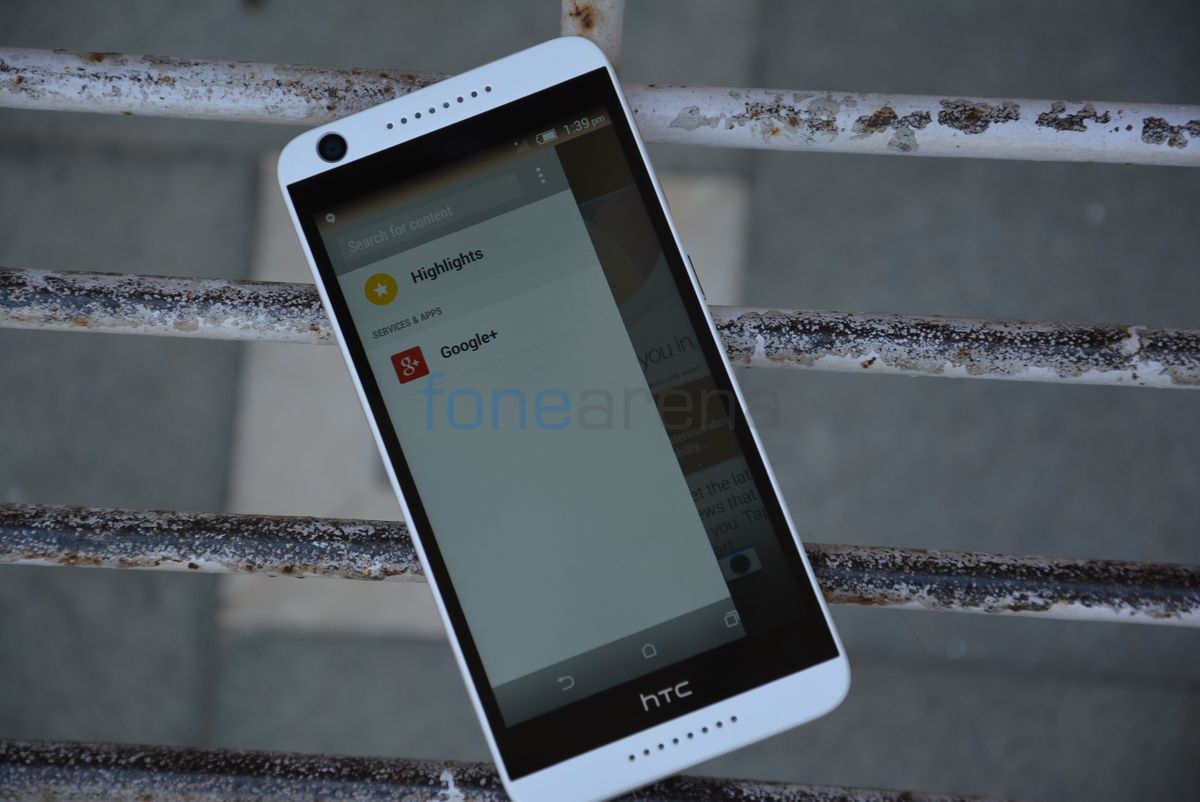 The phone’s internal storage is 16GB, but users get about 12GB (11.74GB) of free space on first boot. It also supports microSD card (up to 128GB). Users get an option to move apps from phone to microSD card, for that you can simply go to particular app in Settings>Apps. The phone does not support USB-OTG.

The Desire 626 performs quite decent with HTC Sense 6 and almost stock Android Kitkat OS. Apps open and close instantly most of the time and the multitasking is quite average too. 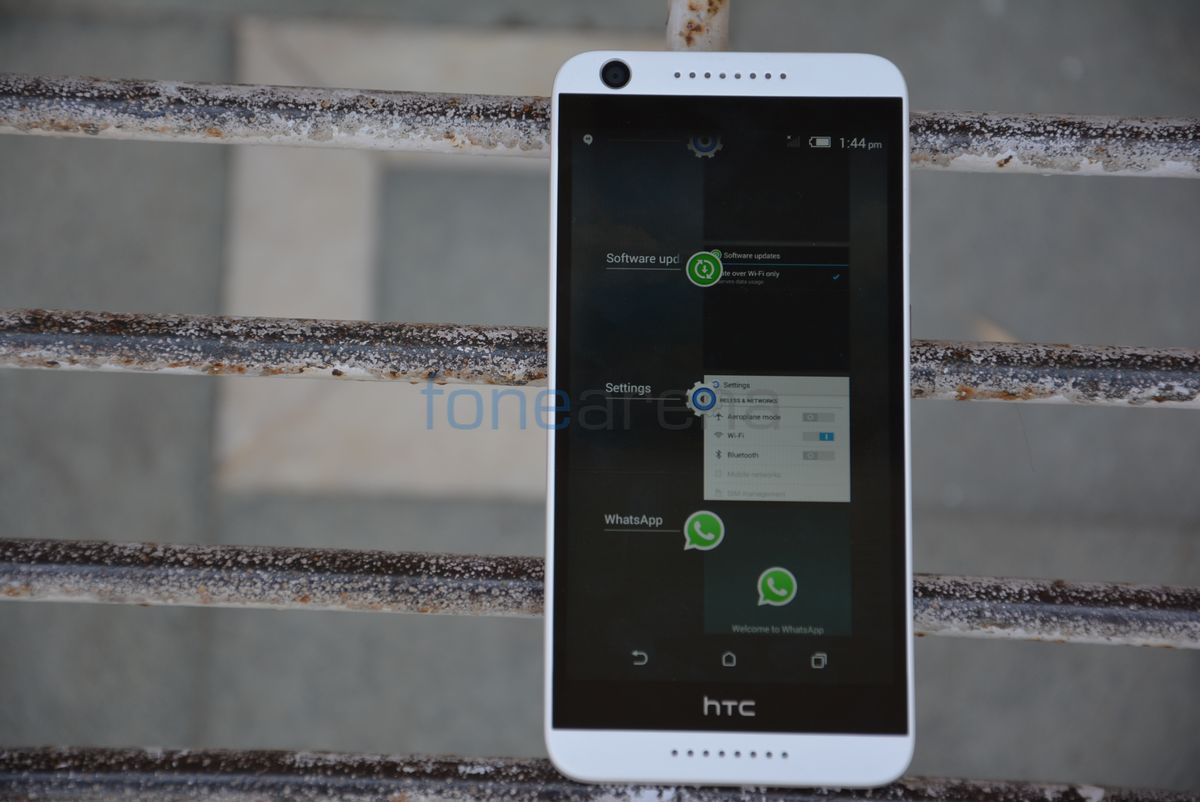 Coming to the gaming performance, the Desire 626 isn’t a gamer’s delight either. The light games didn’t have any problem but heavy games like ‘Asphalt 8’ had issues during gameplay. Also, the device heats up a lot from the top back panel. There are two speaker grills upfront, out of which the speaker is only in the bottom grill. While the audio quality is great, the output isn’t loud enough for video playback. You also get the FM radio.

Overall, the Desire 626 is a decent performer, but HTC should have shipped it with Android 5.0 at least. 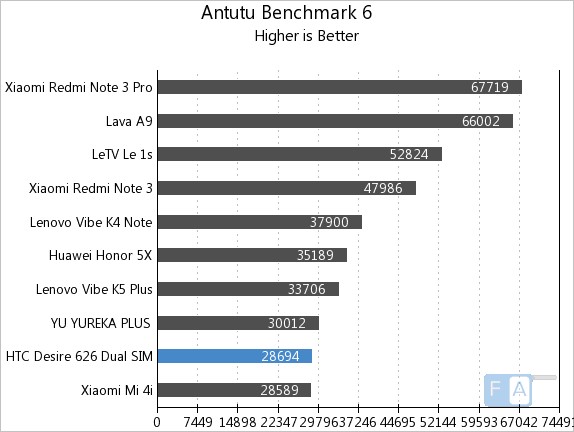 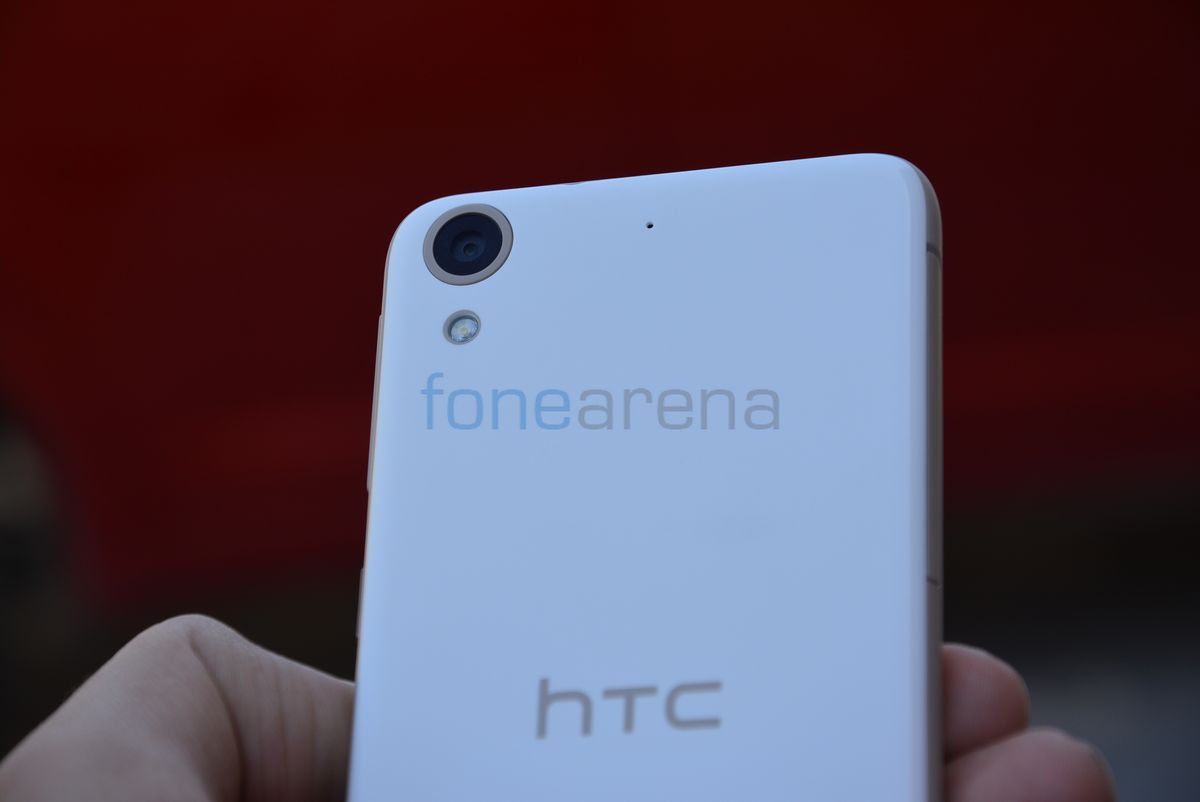 The 13-megapixel rear camera isn’t very impressive. The daylight shots reproduce close to natural colours but they look average. The results miss the sharpness and detailing too. The camera captures pretty quickly, but the autofocus is really slow and so is the tap to focus. Also, the low-light or night shots came out quite grainy too. Talking about the front 5-megapixel camera, the shots taken were mostly washed out. Click on any of the images below for the full resolution samples. 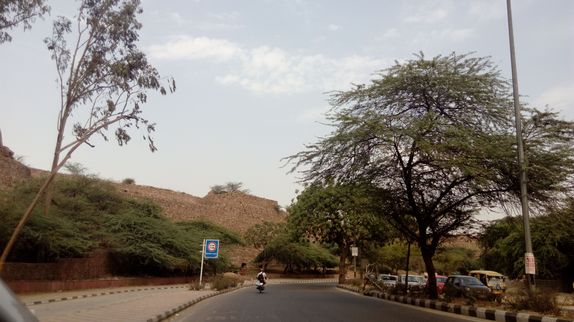 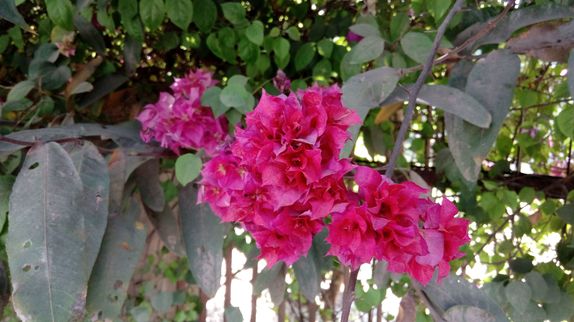 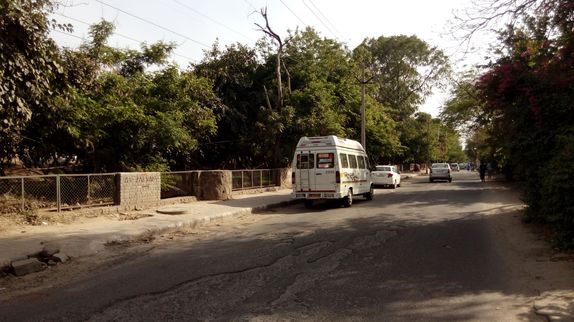 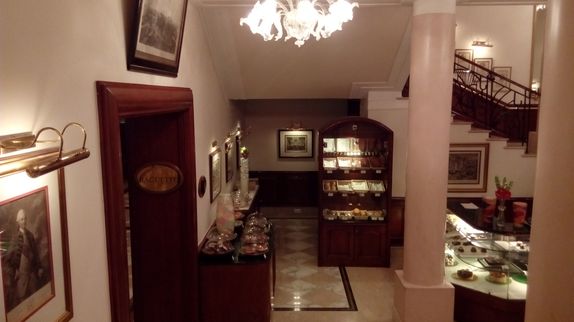 The HTC Desire 626 Dual SIM as the name suggests is a dual-SIM (Nano + Nano) smartphone and supports 4G LTE (band 3 and band 40) on both SIM cards. The phone also supports microSD card up to 128GB. 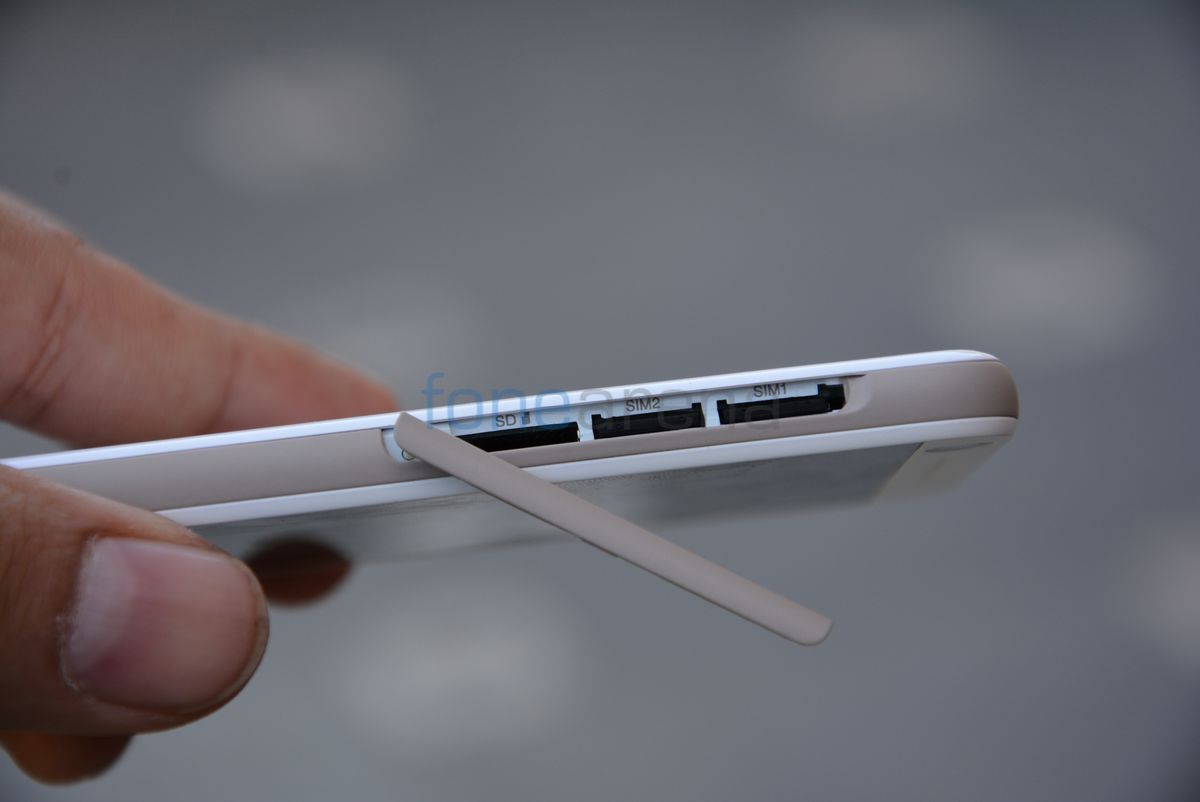 The two SIM slots and microSD card slot can be found on the left edge of the device. Other connectivity options for Desire 626 include WiFi 802.11 b/g/n, Bluetooth 4.0 with aptX, GPS and GLONASS. 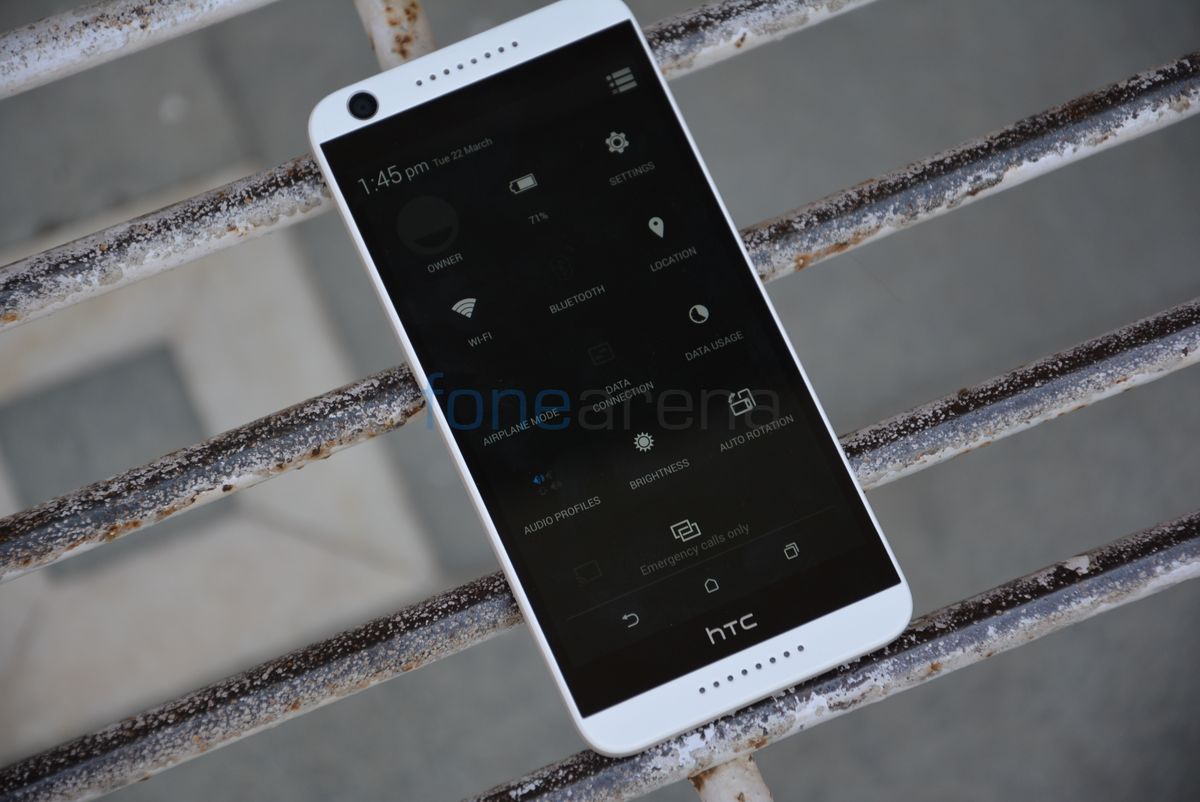 The handset is backed by a non-removable 2000mAh battery, which in our review was insufficient to last even half-the-day for average usage. Furthermore, the battery life didn’t go beyond 3 hours with heavy usage and that’s such a disappointment.

HTC Desire for a price of Rs. 14,990 is really not worth purchasing. The smartphone performance is average but the biggest flaw is that it runs dated Android 4.4 Kitkat OS, when everyone else in competition is either offering Android 5.1 Lollipop or 6.0 Marshmallow out-of-the-box. Furthermore, the 2000mAh battery disappoints the most and it will not even last 3 hours for a power user or a gamer. So if you are looking for smartphone under Rs. 15,000 and under Rs. 10,000 then check on the links respectively.