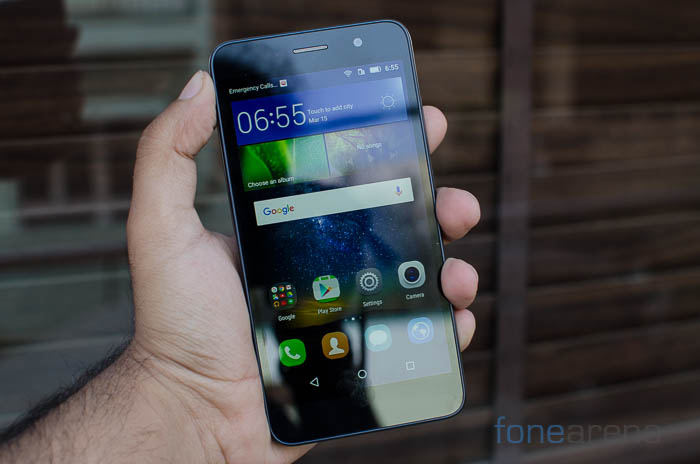 The Honor brand has stood for well priced, solid hardware ever since its inception. A while back, the company introduced two handsets that made their mark felt in the ever competitive entry level  segment. We brought you the review of the Honor 5X but now here’s the review of the Holly 2 Plus, a device which is priced even more aggressively and is still potentially a very competitive product. With that said, let’s dive straight into the review.

There’s two aspects to the design of the Holly 2 Plus with the front being the more generic of the two. Look at the face of the device with its 5 inch display and you’ll be hard pressed to call it very unique. There are no capacitive buttons and you can notice the front camera and proximity, ambient light sensors above the display. The rear of the phone is where the design sensibilities lie. An interesting cross hair pattern embedded in the material makes the phone stand out.

Over to the right of the handset, embedded between raised ridges are the volume rockers and power keys. The top is where you’ll find the 3.5mm audio jack while the microUSB is at the bottom. The configuration doesn’t really stand out but that’s alright as the buttons provide above average tactile feedback and the ridges provide a good grip. 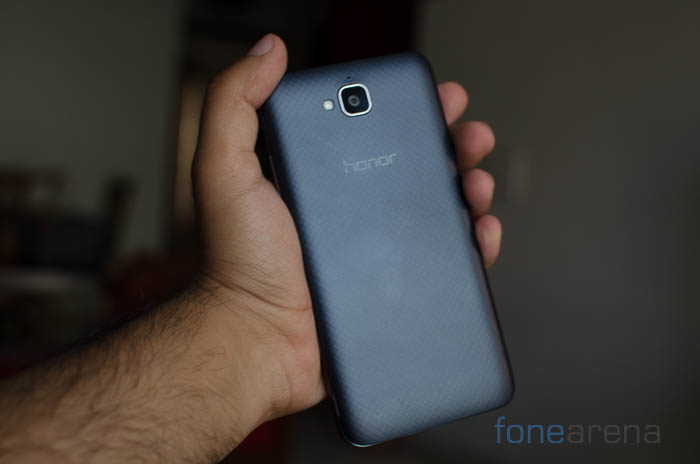 Compared to the original, the Holly 2 Plus is slightly chubbier but retains the good ergonomics. The cross hair pattern mentioned earlier makes the phone easy to grip and prevents it from slipping. The camera module protrudes slightly from the body but has a metallic ring running around it to protect it from scratches. A single LED flash is placed next to it. The phone measures 143.1 x 71.8 x 9.7 mm which reiterates our finding that the phone isn’t really the slimmest out there. The 160grams weight is also easily manageable especially for a handset that ships with a massive 4000 mAh battery.

We saw it on the Honor 5x and Honor’s EMUI 3.1 makes a comeback on the Holly 2 Plus as well. In a lighter variant, we found it to be speedier still. The core OS is still Android 5.1 but with a highly customized skin on top. If you’re new to EMUI, the skin is yet another take on the tried and tested iOS style of doing things.

The home screen gives you shortcut access to a range of functions like the calendar, torch and more. You can also manipulate music playback as on any other phone. The home screen displays apps in a 4 x 5 grid with a persistent layer at the bottom that by default houses the phone, contact, messaging and browser shortcuts.

Bring down the notifications hub from the top, you’ll spot all notifications lined up in a timeline. Swipe it to the right, and you’ll get access to quick toggles. Within settings, there are newer additions like protected apps and emergency services. There’s a significant number of preinstalled apps including WPS Office, CleanMaster in addition to the usual social media applications. All in all, the Honor Holly 2 Plus ships with a software package that is very similar to its higher priced brethren, one which takes some getting used but has useful bits tucked away under corners.

In terms of pure specifications, the Holly 2 Plus ships with a MediaTek MT6735P SoC and has 2GB of RAM onboard. Clocked at 1.3Ghz, the SoC has 4 Cortex A53 cores and a Mali T720 GPU. Performance wise, there’s not much to complain about. The phone runs smooth in regular day to day use though we wouldn’t want to push it too hard. Games like Dead Trigger and Riptide worked nice and smooth. The lower resolution display helps on that front. About 1.3GB of RAM is free at boot which means that multitasking shouldn’t be an issue. All in all, the Holly 2 Plus is a robust smartphone that performs well all around but is not the fastest device on the street.

We mentioned earlier that the Holly 2 Plus ships with a 5 inch HD IPS display. The resolution is a tad disappointing at 1280 x 720 mostly because most of the competition ships with a Full HD panel. That said, the screen quality is very nice and images look tack sharp on it. Brightness levels go comfortably high but we would’ve liked it go one step higher for viewing it in the harsh Indian summer. 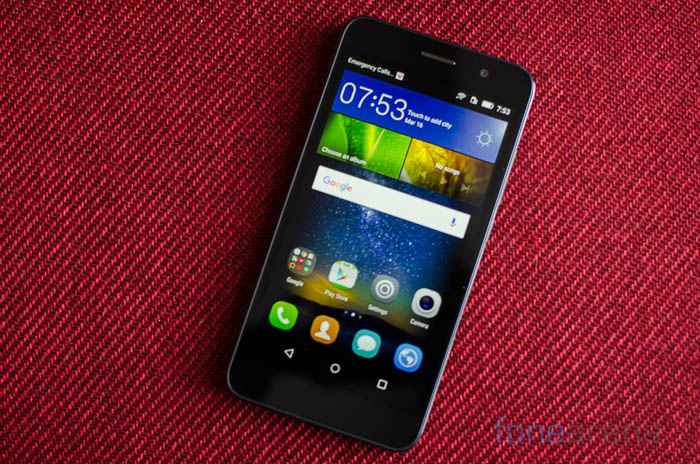 Worth noting is that the device has no scratch protection or hardened glass on board. Add to that the highly fingerprint prone screen, you’d be well served by a nice tempered glass protector or similar.

There’s a 13MP camera at the rear of the Holly 2 Plus and a 5MP camera up front. The phone has a OmniVision BSI sensor with f/2.0 aperture and a 28mm wide angel lens which at least on paper is a great combination. The rear camera surprised us by its ability to take natural looking photos in well lit conditions. As long as the sun stays out, the phone takes appealing images which look good on the screen. You’ll be disappointed if you are expecting bright, oversaturated colors. That won’t be the case here. Also, zooming into the images reveals a fair amount of grain. Video recording tops off at 720p resolution which is disappointing. We’ve embedded a range of photo samples below for your perusal.

Connectivity on the handset ranges from 4G LTE / 3G HSPA+, WiFi 802.11 b/g/n, Bluetooth 4.0. FM Radio and GPS. The phone is a Dual SIM device as most others in its category. Storage onboard is 16GB of which about 9.8GB is available at first boot. The phone also has USB OTG support as you’d expect but the cooler bit is built in reverse charging. You can plug in an OTG adaptor and charge another device using the large 4,000 mAh battery. You can of course also bump up the storage via the microSD card slot. 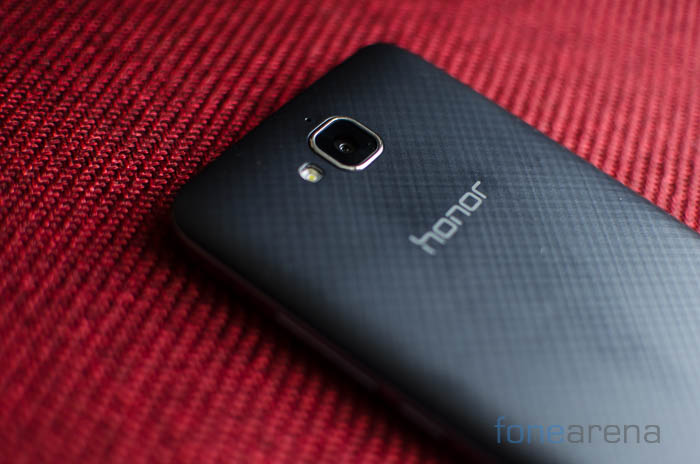 Battery life is generally great on the handset but that’s to be expected given the massive 4000 mAh battery built into the device. With heavy usage we could easily get a full day of usage. Add to that support for fast charging and you’ve got a handset that could potentially last two days of use on a single charge. In our battery test, the handset lasted 14 hours and 38 minutes of video playback. In a mixed use scenario, the phone performed well and lasted a full day. But that’s just us, a 4,000 mAh battery is nothing to scoff at and indeed for most people this will result in about two days of usage.

The Holly 2 Plus priced at Rs. 8,499 is well positioned to offer stiff competition to other handsets in the category.The handset delivers on the promise for the most part with the good build quality, fantastic battery life and an above average camera too. The lack of protection on the screen and dim brightness levels of the display are mildly disappointing but we feel that the handset is worthy of keeping in mind if you are looking for a handset under Rs. 10,000.