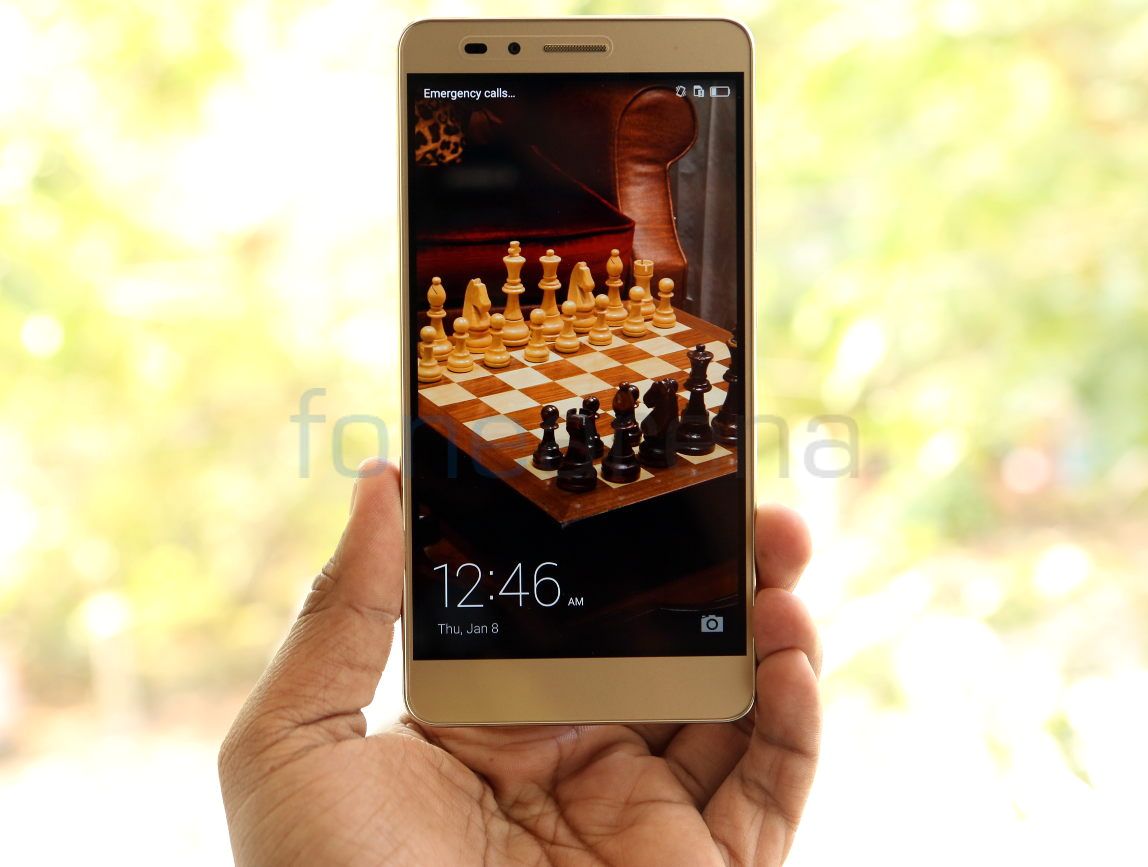 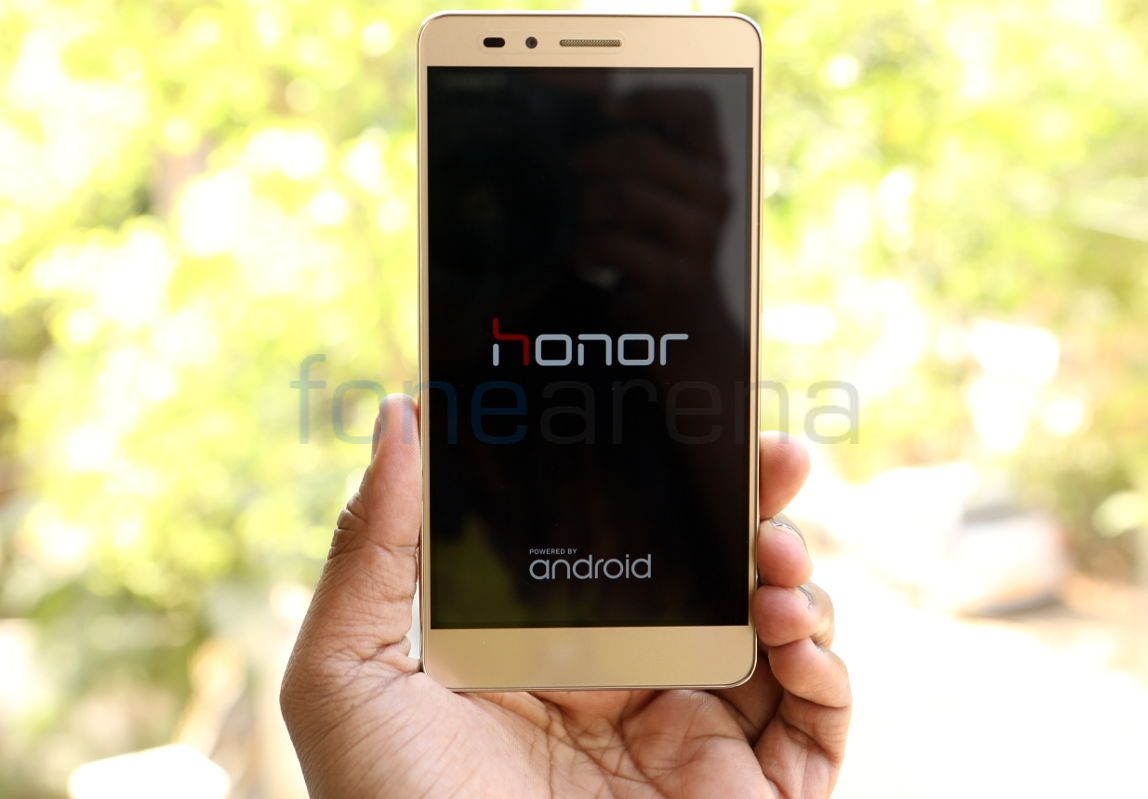 The Honor series of phones need no introduction. Huawei’s online only sub brand, the company as long been known for introducing solid hardware that occupy a position just below the parent company’s premium devices. With China and India as prime target markets, the phones compete with the Xiaomi’s and Meizu’s to offer the best possible at the lowest possible. With the launch of the Huawei 5x, we are once again seeing the trend continue as consumers get access to premium hardware at a fraction of the cost. The proof of course is in the pudding and we tested out the handset to figure out how well it competes.

Good hardware design is finally within the reach of the average customer. Something we’ve maintained for a while and is particularly embodied in the Honor 5X which combines a good looking phone with a metal body. Now bear in mind that the handset is deceptively light for a metal device and at first glance, you might not even realize it but trust us, the handset can certainly take a beating and stand up to the rigors of daily use.

The front of the phone is fairly typical in its design sensibilities. A large 5.5inch LCD display sits front and center with a 72.2% screen to body ratio. Not quite the best but the bezels aren’t bad enough to be a major concern either. There are no capacitive buttons so you’ll have to make do with on-screen controls. The usual array of sensors lies at the top including the proximity sensor, front facing camera, notification light in addition to the earpiece. 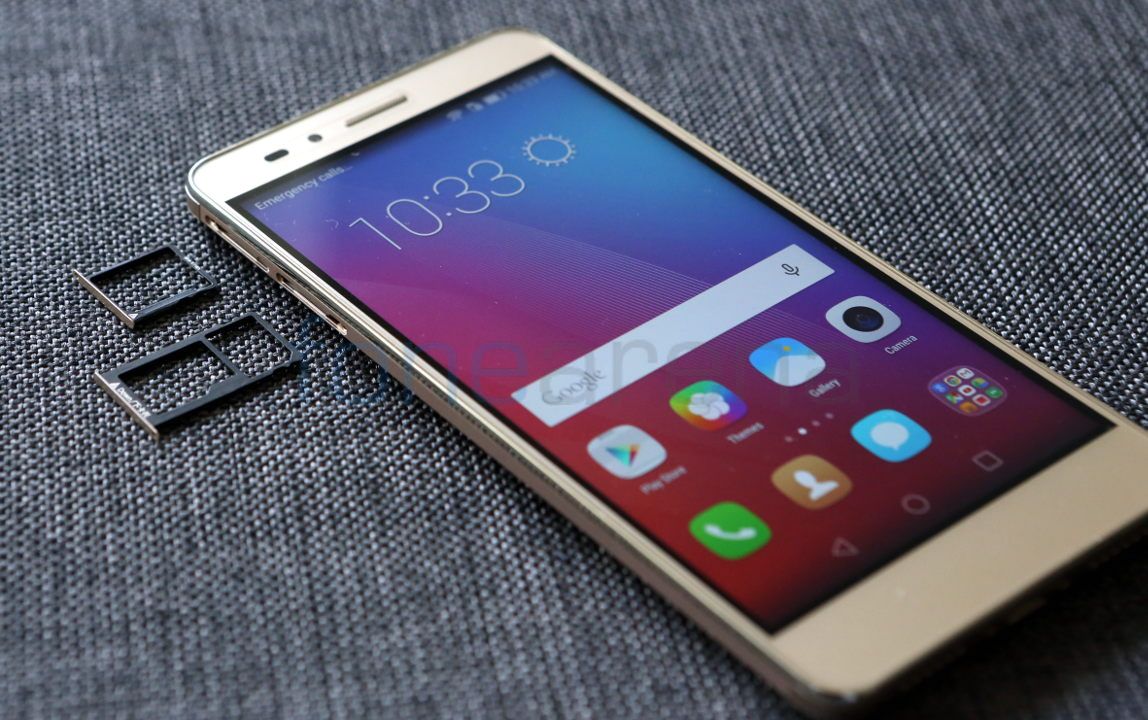 The phone is ergonomically sound and has a good grip along the sides due to the metallic band running around the phone. Power and volume keys are placed towards the right while the left side of the handset sports the two trays for the SIM and microSD cards. Worth noting is that both the slots are 4G enabled. As usual the 3.5mm audio jack lies at the top while the microUSB slot is at the bottom. There are speaker holes flanking the port but unfortunately the handset lacks a stereo speaker configuration. 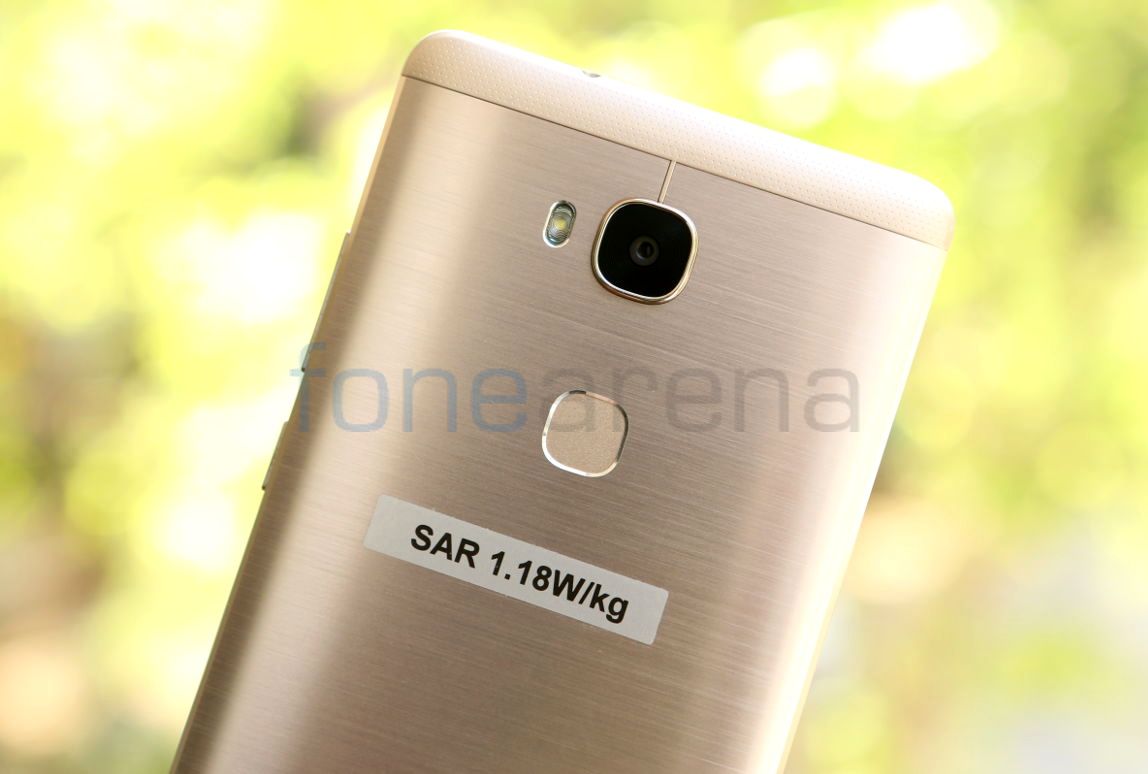 Turn the handset over and you’ll notice that the metal back of the handset is enclosed by plastic panels sporting an interesting texture at the top and bottom. This is where the antennas are located. What we weren’t really fond of was the fact that the camera module sticks out from the back of the phone. While covered with a protective layer, we’re not quite sure how well it will cope over months of rubbing across the insides of pockets and table surfaces. To the left of the camera is a single LED flash while below the module, ergonomically placed is the fingerprint sensor.

There’s a lot to be said about the quality of hardware that you can get for your money these days. The phone measures 151.3 x 76.3 x 8.2 mm and weighs just 158 grams which makes it a particularly lightweight handset for one which sports a metal build. The design feels derived but certainly not unappealing, especially so at the back. All in all, we were more than satisfied with the ergonomics & materials used on the Honor 5X which is perhaps a bigger concern than pure aesthetics.

From a usability perspective, the Honor 5X and its EMUI 3.1 has taken an iOS like approach wherein it drops the two level hierarchy for a single homescreen that sports all the applications with the ability to make folders thrown in for good measure. Since the phone runs on Android 5.1 instead of Marshmallow, certain APIs like for the fingerprint scanner are custom APIs instead of standardized versions introduced by Android 6.0. What this means is that certain apps that have built in support for the fingerprint scanner introduced in Android 6.0, will not work with the hardware on the Honor 5X.

The lockscreen is a clean enough affair and you simply swipe over to the left to get into the homescreen of the handset. Swipe up and you get access to a range of shortcuts that includes music controls, recording, calculator, torch and the camera.

Head on to the homescreen and we’ve already talked about the iOS like interface. Pull down the notification shade and you’ll notice that EMUI displays all notifications in a timeline like interface. Swiping that to the right reveals the standard toggles like brightness, wifi, bluetooth and more. 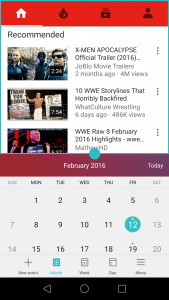 Beyond the regular settings, you’ll also find a One Hand UI and Dual Windows setting hidden away. The former is self explanatory while the latter simply allows you to run two applications simultaneously. As usual, this is restricted to a subset of supported apps. Remember the fingerprint scanner? The software onboard the phone is smart enough to allow you to store up to five different scans and perform specific actions dependent on fingers scanned.

The Honor 5X is powered by an Octa-Core Qualcomm Snapdragon 616 64-bit processor (Even though CPU-Z shows it has Snapdragon 615) that has four ARM Cortex A53 cores clocked at 1.50 GHz per core and other four Cortex A53 cores are clocked at 1.21 GHz per core. It has an Adreno 405 GPU clocked at 550 MHz and 2GB RAM which feels a bit inadequate looking at the competition. Performance matches up to what you would expect from the hardware on board. Transitions are slick and smooth and so is the gaming performance. Even with multiple resource intensive apps running simultaneously, we didn’t face any major issues other than the occasional frame drop. Multitasking too works sufficiently well despite the limited 2GB of RAM. We put the handset through an entire range of benchmarks that you can access via our benchmarking post. You can also view our benchmarking scores below. 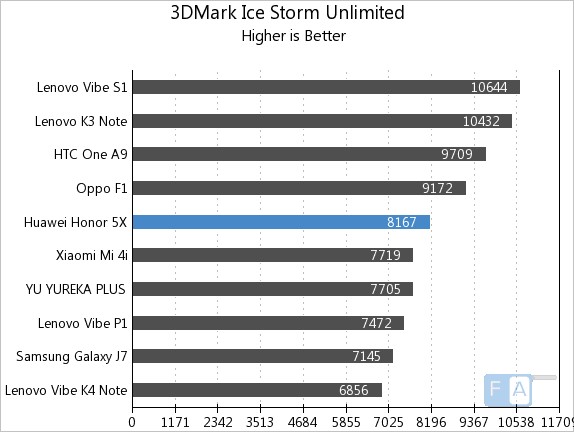 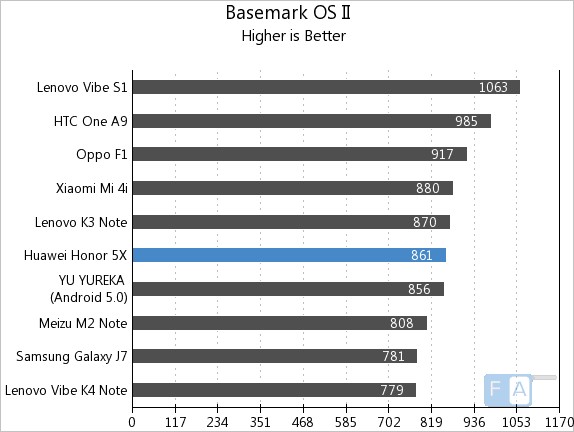 In Basemark OS II, the phone managed 861 points placing it around the middle of the spectrum. 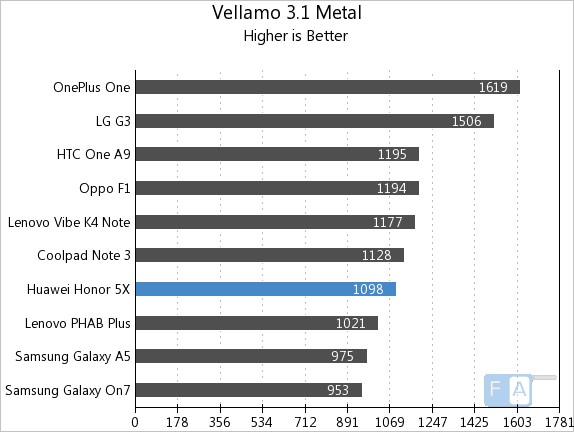 In the Vellamo benchmark, with a score of 1098 points; the Honor 5X placed strictly middle of the lot.

In terms of basic specifications, the Honor 5X has a 5.5 inch LCD IPS display. The full HD panel has a pixel density of 401 ppi and surprisingly, brings with it rather amazing viewing angles. The color reproduction is top notch with accurate contrast levels. Some users might find the colors on the display of the Honor 5X to appear a bit muted but that’s because of how natural they look. You might want to look elsewhere if you crave a super saturated AMOLED panel. 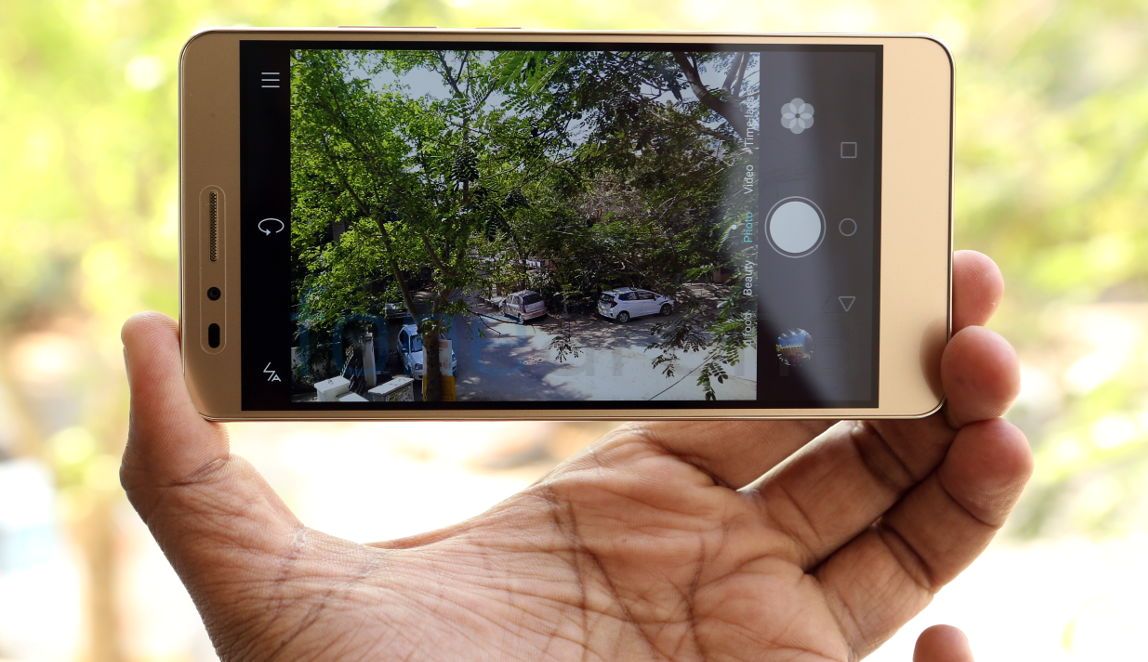 Despite being moderately reflective, we found the brightness levels to be absolutely satisfactory to cope up with it. The screen on the Honor 5X was sufficiently viewable in bright outdoor conditions. All said and done, you’ll certainly be enjoying multimedia playback on the handset.

As is customary, you get access to a 13MP rear camera with a single LED flash. A 5MP front facing camera can be seen up front. The camera application is fairly robust and includes features like panorama, HDR and slow motion video. There’s also a quick toggle for shooting time lapse videos. 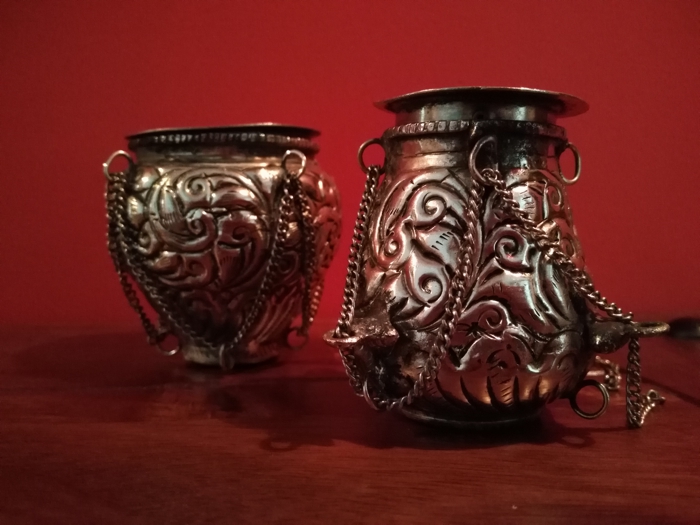 Image quality is quite good in bright sunlit conditions. Images tend to be in focus more often than not and once again , the handset opts for a more natural color profile instead of over saturation You can of course boost that up a bit in post processing if that’s what you wish.

In worse lighting though, the phone is a bit of a mixed bag like pretty much every smartphone camera. The grain signature is interesting as it adds a very artsy finish to the shots. Beyond that, the image remains fairly natural looking. The front facing camera is good enough for the occasional selfie and that’s about it. Overall the image quality is completely satisfactory and lives up to expectations.

Connectivity options on the handset include 4G LTE and 3G, WiFi 802.11 b/g/n, Bluetooth 4.1 and GPS. As we mentioned earlier, the phone has two SIM slots and both are 4G enabled allowing for greater flexibility. There’s 16GB of built in storage of which under 10GB is available at first boot. Thankfully a memory card slot has been provided using which you can expand on that storage. 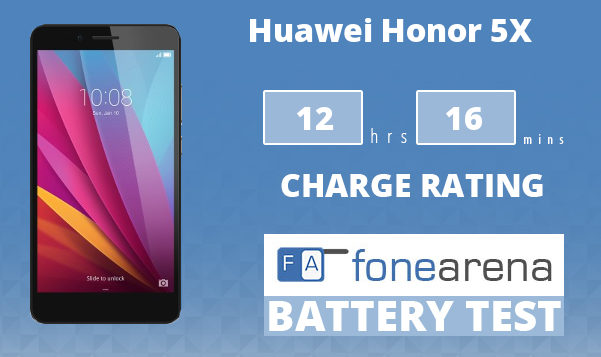 We put the Honor 5X through our regular battery test to see how well it performs. With a 3,000 mAh battery and fast charging support, we expected the phone to do quite well in our tests and so it did. The phone ranked amongst the top few handsets in the category with over 12 hours of usage obtained through battery benchmarking. Your mileage may vary but we expect most users to get at least a full day of usage from the phone.

Once again, Honor has delivered a handset that lives up to its reputation. It ticks the right boxes with great build quality, a metal shell, above average performance and battery life too. The camera too proved to be satisfactory. What we really liked about the handset however was its fast fingerprint scanner and excellent display. 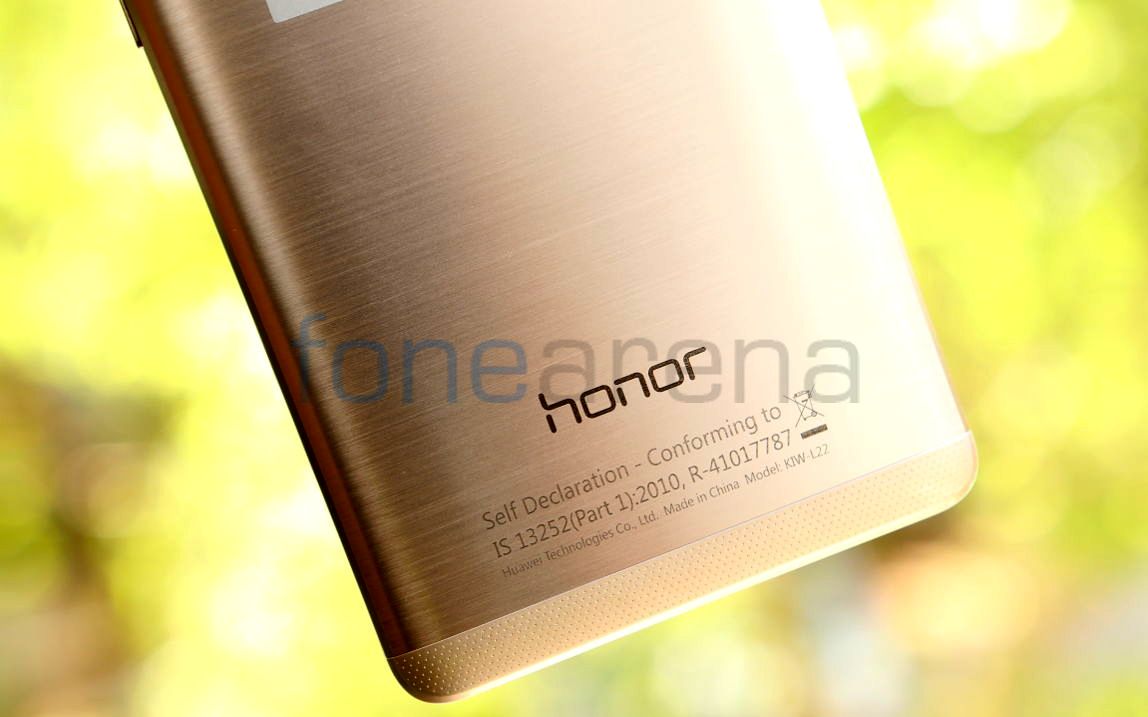 All in all, its just the slightly disappointing software that lets it down but not enough to be a hindrance. The Honor 5X is a reliable smartphone that does not get in your way. The phone is priced at Rs. 12,999 and is available in silver and gold colors.