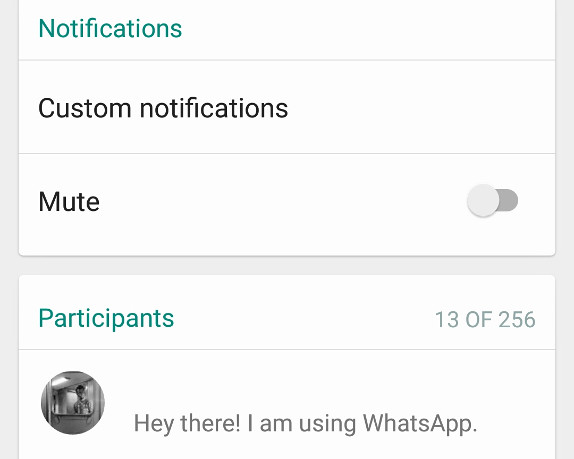 WhatsApp has increased its group limit from 100 to 256. The limit was increased from 50 to 100 back in November 2014. This new feature is currently available only in the beta version of WhatsApp for Android v2.12.429 or later, but it is expected to roll out for other users and platforms soon. The latest version that can be downloaded from the official website at the time of writing the article is v2.12.437.

Last month, WhatsApp announced that it will no longer charge subscription fees for using the service. WhatsApp’s competitor Telegram introduced Supergroups with a limit of up to 1000 members back in November last year and standard group supports up to 200 members.

Earlier this week WhatsApp announced that it now has over 1 billion monthly active users. The company’s co-founder and CEO Jan Koum said, 2 billion messages are sent per day on the platform, 1.6 billion photos and 250 million videos are shared, 1 billion groups exist and the service supports 53 languages.

Are you in groups that has 100 members? Will this feature be useful for you? Let us know in the comments below.