Microsoft Lumia 850 render based on factory-acquired schematics surfaced back in December last year, later the case of the smartphone leaked. Now live images of the smartphone have surfaced in a new leak from China (Via). The leak also says that the phone will have a 5.4-inch display compared to 5.5 / 5.7-inch screen as rumored earlier. It shows the smartphone’s metal frame and Iris Scanner at the top right corner. 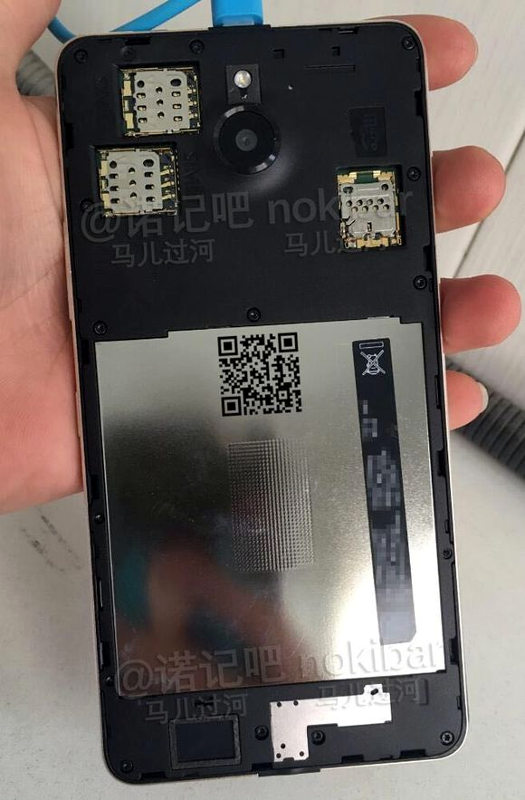 Opening the back cover reveals dual SIM card slots and a microSD card slot. It also has a huge built-in battery. According to the earlier render, the phone will have dimensions of 155.90 x 77.23 x 6.92 / 8.50 mm. According to earlier rumors, the phone is expected to come with a 1080 display and could be powered by an Octa-Core Qualcomm Snapdragon 617 processor.

T-Mobile Poland’s leaked plan revealed two new Lumias arriving in Q1 2016, so this could be announced at the MWC 2016 later this month.