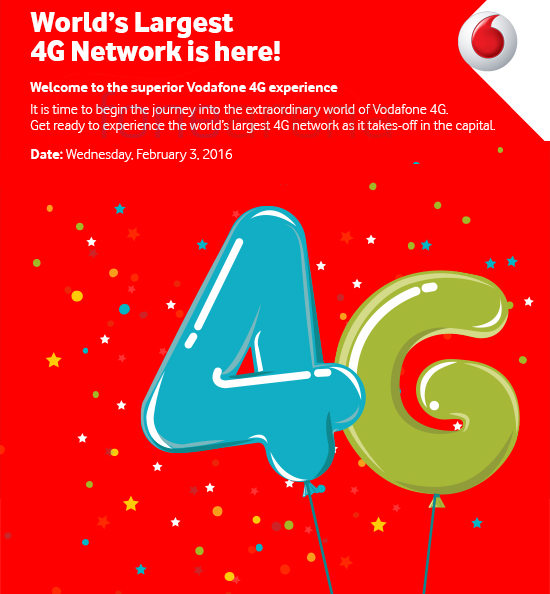 It will be based on 1800MHz FDD-LTE band 3, which the company acquired last year. Back in October last year it promised to roll out 4G services in Delhi/NCR region by December, but it got delayed.

Vodafone already announced that it will roll out 4G services in Mumbai and Bengaluru by March 2016 in the first phase and also said that testing has already commenced successfully in these locations. Vodafone will compete with Airtel 4G in Delhi, which was launched in August last year, after a month of trials.