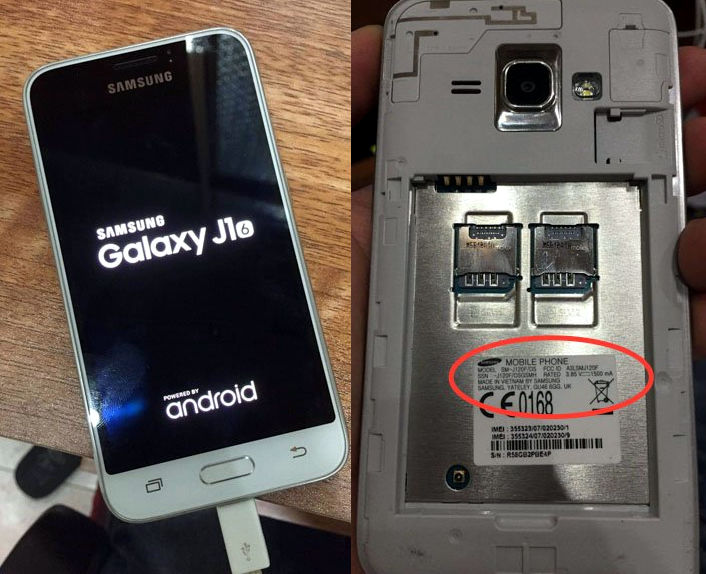 Samsung Galaxy J1 2016 (SM-J120F), successor of the Galaxy J1 has surfaced in live images (via). Most of the specifications of the smartphone were revealed in GFXBench listing recently. Now live images reveal the Galaxy J1 (2016) name in the boot logo, Samsung’s signature home button below the display along with capacitive touch buttons on both the sides, removable battery, dual SIM slots and the model number. Check out the rumored specifications.

The Samsung Galaxy J1 (2016) was imported to India for about Rs. 6,660 several times since October for testing, according to Zauba listing. Hope we can expect the official launch next month or sometime in Q1 2016.