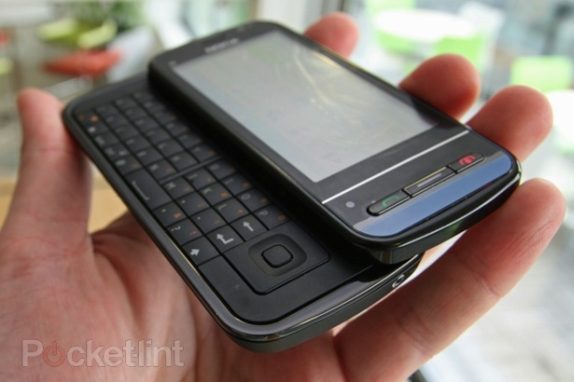 Here are some cool hands on photos of Nokia C6 Black Edition . We have been tracking the C6 ever since it leaked and it was announced last month and it is expected to be available in India shortly . The C6 is a QWERTY Slider phone from Nokia and brings  a new design to the table. It packs 4 rows of keys and a joystick on the right. The phone has physical keys for call , menu and hangup on the front and can be accessed without opening the slider.

On the rear sits a 5 MP Camera with a LED flash. The C6 might be a winner due to the aggressive price point at Rs.13000 !