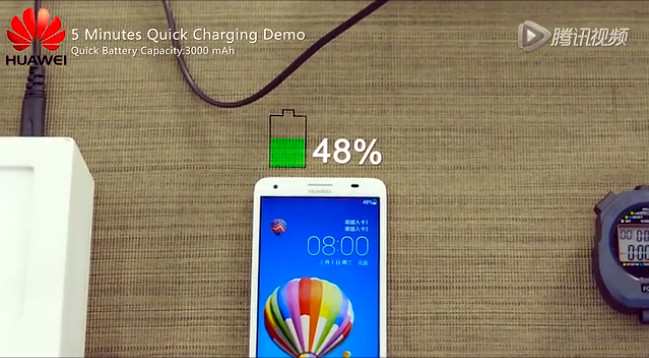 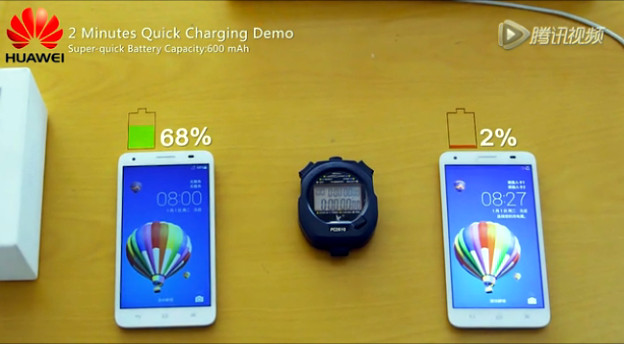 The are two videos that show the new quick charging technology in lithium-ion batteries. Battery that has 600mAh capacity gets charged to 68% capacity in two minutes and another battery with 3000mAh capacity and an energy density of 620 Wh/L gets charged to 48% capacity in just 5 minutes. These videos show a special charger that is used for the demo since the charging technology has not been implemented on phones yet.

Regarding the new technology, Huawei, said:

These quick charging batteries underwent many rounds of testing, and have been certified by Huawei’s terminal test department. We bonded heteroatoms to the molecule of graphite in anode, which could be a catalyst for the capture and transmission of lithium through carbon bonds. Heteroatoms increase the charging speed of batteries without decreasing energy density or battery life.

Huawei said that it is confident that this breakthrough in quick charging batteries will lead to a new revolution in electronic devices such as mobile phones, electric vehicles, wearable devices, and more. Huawei did not say when we can see this technology in devices.