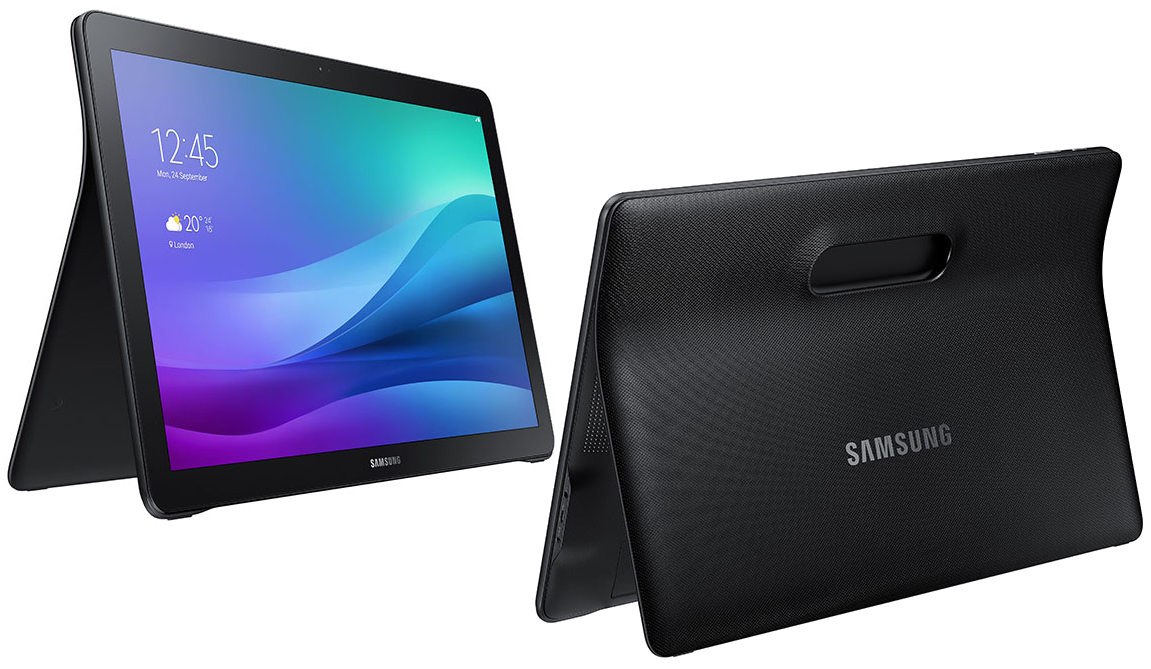 Samsung has officially announced Galaxy View, the company’s largest tablet with a 18.4-inch 1080p display, as it promised at the IFA last month. Even though it has a pixel density of just 119 PPI, Samsung says that the screen is optimized for media consumption and the tablet has been designed with a video-centric interface in mind. It has a dedicated home screen for videos showcases from various content services like Netflix, Hulu, and YouTube, all in one place. It also has powerful 4-watt stereo speakers and has nano SIM support offering 4G LTE connectivity on-the-go. 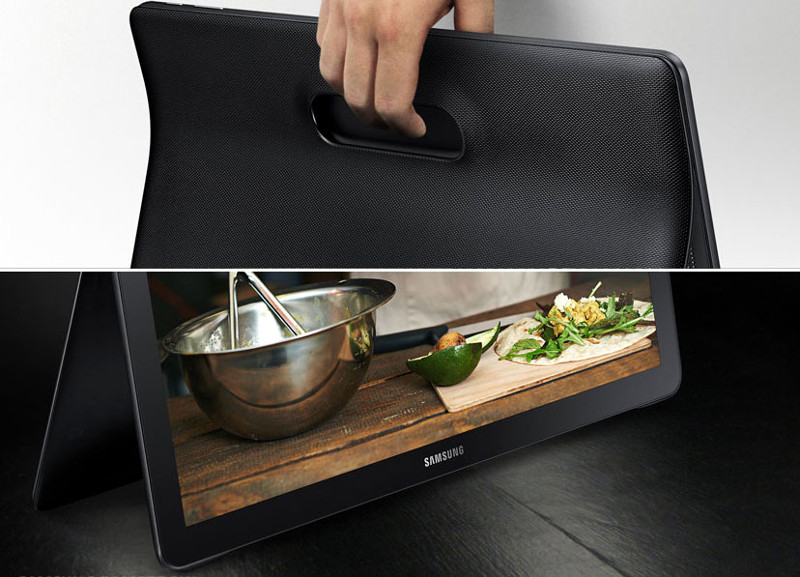 It runs Android 5.1.1 (Lollipop) with Samsung’s own UI on top, is powered by an Octa-Core Exynos 7580 processor, has a 2.1-megapixel front-facing camera for video chats, 2GB RAM, comes in 32GB or 64GB variants and also has a microSD card slot. The tablet has a versatile 2-way stand and even has a handle to carry it easily. It packs a 5,700mAh battery that promises up to 8 hours of continuous video playback on a single charge. 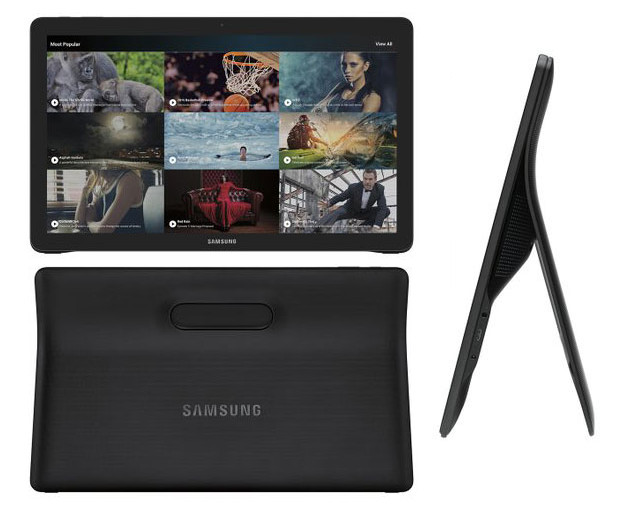 The Samsung Galaxy View comes in Black color. Samsung did not reveal any details about the pricing of availability yet.

[Update: The Samsung Galaxy View will be available in the U.S. from November 6th for $599 (Rs. 39,040) for the WiFi version. LTE version will also be available soon.]