Nokia has launched it’s cheapest QWERTY phone the C3 at Rs.5317 in India.The C3 is the first QWERTY phone from Nokia and comes with Nokia Messaging at a new price point. Although it lacks 3G it packs Wi-Fi which is usually found only in handsets priced at over Rs.10,000 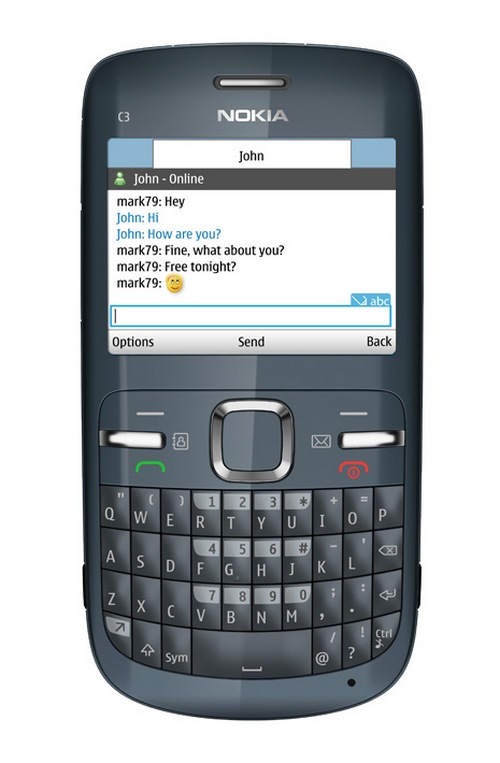 This move by Nokia is aimed at bring QWERTY to the masses. Brands like Micromax and Spice already have such phones at similar price point, so it would be interesting to watch what impact Nokia India makes in this segment.

The handset is expected to be available in stores as early as May. Are you going to buy the C3 ?

UPDATE: Handset is launched in India and available for Rs6000-6500 approx

Check out our Nokia C3 Videos and the Official Photos