Huawei introduced the Honor 7 smartphone in China back in July, and the international version of the smartphone was launched in Europe in August. Today the company has launched the Honor 7 in India. It packs a 5-inch 1080p display, is powered by a Octa-Core HiSilicon Kirin 935 SoC based on big.LITTLE configuration and runs on Android 5.0 (Lollipop) with Emotion UI 3.1 on top. The company has promised to roll out Android 6.0 (Marshmallow) update for the smartphone in beta in January and stable update will arrive in February 2016. It has a 20-megapixel rear camera with Sony sensor, LED flash, Phase Detection Auto Focus that would let you focus a subject in just 0.1 second and a 8-megapixel front-facing camera with LED flash for capturing better selfies even in poor lighting conditions. 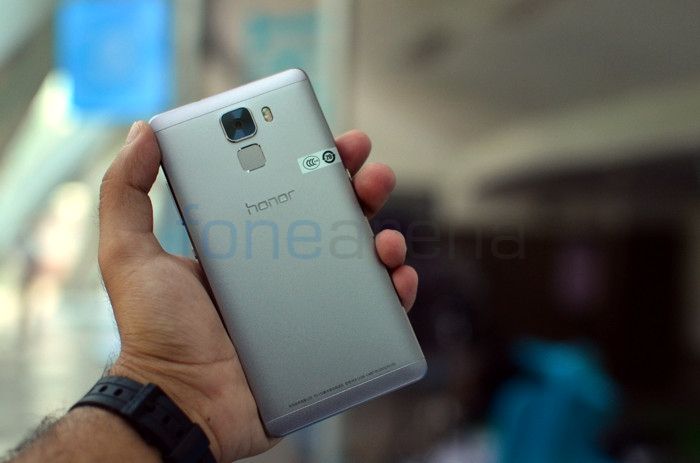 It has a uni-body metal finish and a fingerprint sensor on the back. It also has 4G LTE connectivity with support for 4G bands for India. It also has Smart Sense with a dedicated Smart Key on the left side of the smartphone that lets you access your most used apps. It has a 3100mAh battery with fast charging that lets you charge the phone up to 50% in just 30 minutes and 100% in 1 hour and 25 minutes. 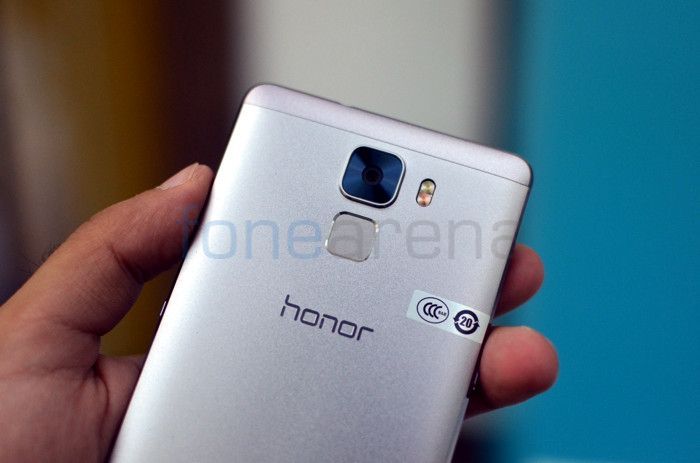 The Huawei Honor 7 comes in Mystery Gray and Fantasy Silver colors and is priced at Rs. 22,999 in India. It will be available from October 15th exclusively on Flipkart.

We are enthusiastic to introduce the Honor 7 in India today. The phone is a testament of our commitment and growth across markets. As a global pioneer, Honor travels wide and this is currently demonstrated by its efforts in key markets such as India, Russia, Germany, France and the United Kingdom. The device’s precise dimensions and metallic finish offer an optimal form-factor and premium feel, while its smart and multimedia capabilities inspire action and creativity.

We are excited to launch our flagship smartphone Honor 7 in the Indian market. The Honor 7 embodies the philosophy and mission to enable superior mobile internet experiences for the internet generation and is a perfect choice for the creatively inclined. We are thankful to our customers for their continued support and for their overwhelming response to our previously launched smartphones Honor 4X, 6 Plus, 4C and Bee.

We will strive to offer best in tech innovations to match the discerning needs of our consumers. Honor is created for Digital Natives and is dedicated to meet the audience’s needs. We always thought that the best brand is based on word of mouth recognition of the products. In line with this pursuit, Honor will also continue to seek feedback from its customers, which it will factor in in the development of future products.