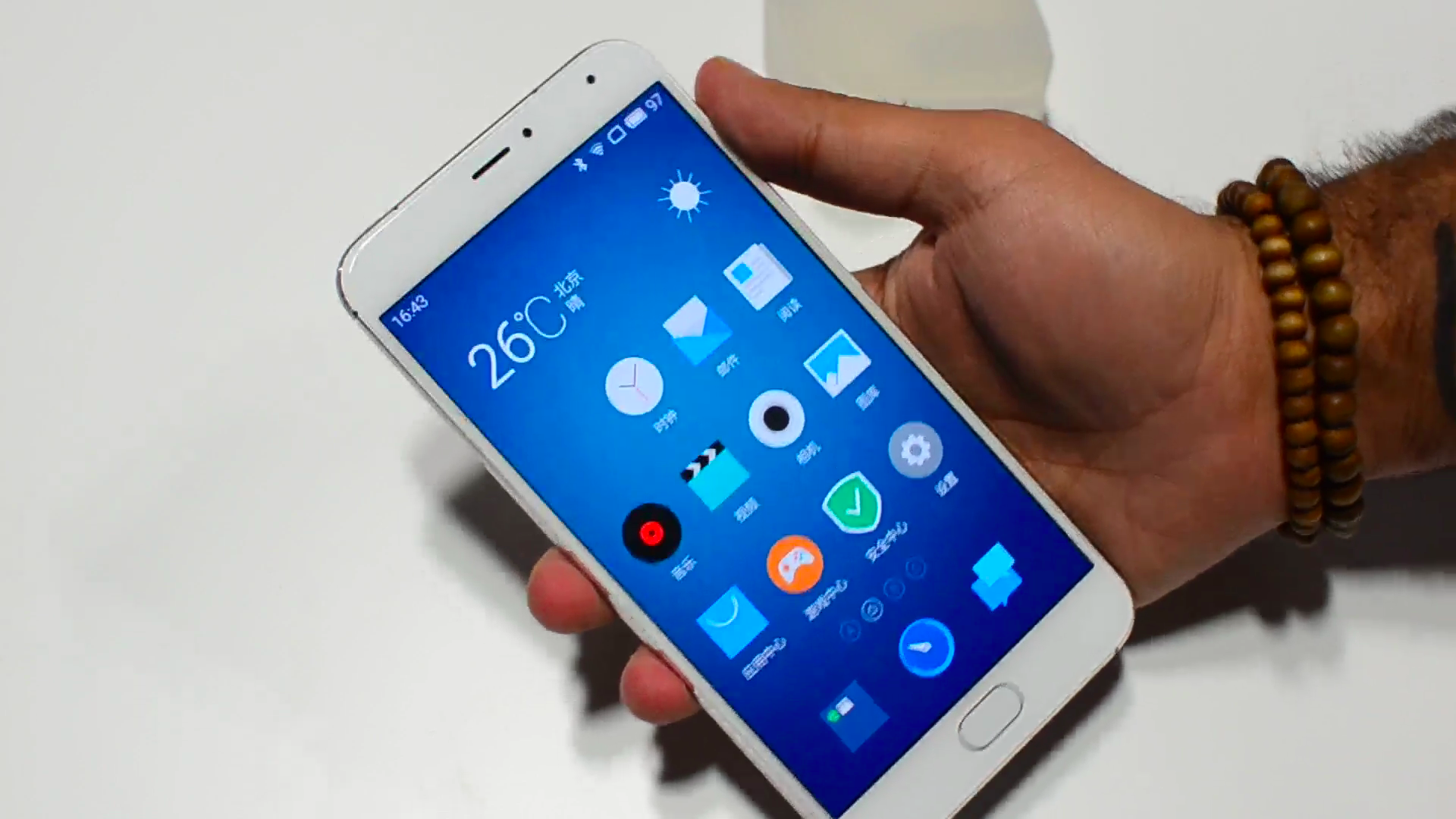 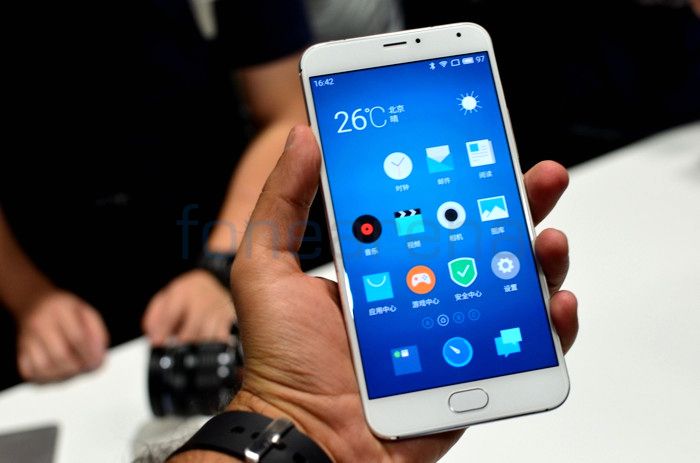 This week at an event in Beijing, Meizu announced its a new flagship handset dubbed the Meizu PRO 5. The phone is powered by a 2.5 GHz Samsung Exynos 7420 processor and comes with either 3GB or 4GB RAM variants.

With Meizu PRO 5, company has restricted itself to a full HD panel despite having upped the screen size to 5.7 inches. With an all metal build, the phone continues the same design language as that of Meizu MX5. The phone sports a 21.6-megapixel camera at the rear with laser auto focus for 0.7 second quick capture that is accompanied by a 5-megapixel camera up front. The Meizu Pro 5 runs Flyme 5 that is based on Android 5.1. Checkout our hands on and unboxing from the Beijing event.

Meizu also introduced its all new compact Wi-Fi routers at the PRO 5 smartphone launch event in China. It comes in mini pro version with dual-band 802.11ac support offering speed of up to 433 Mbps and the mini variant comes with 802.11n support. It connects directly to the power supply, so it doesn’t require a separate power cable. It has FPC antenna for a strong and wide WiFi coverage. It is compact to carry in your pocket and weighs just 71.8 grams. Read full details here. 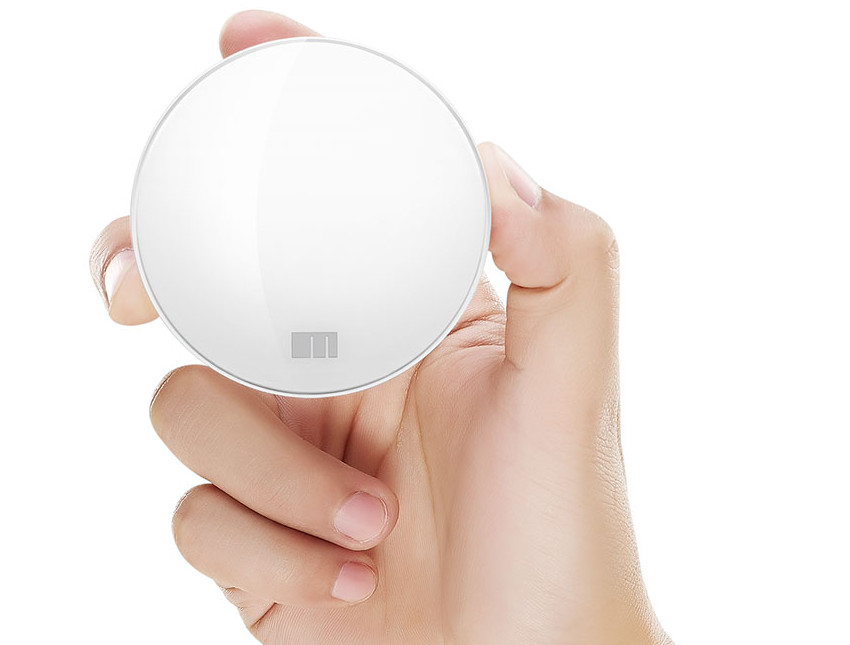 Xiaomi announced Mi 4c, the company’s latest smartphone in the Mi 4 series at an event in China. It has a 5-inch 1080p display from Sharp, AUO or LG, is powered by a hexa-core Snadpragon 808 processor and runs on MIUI 6 based on Android Lollipop, but it will get the new MIUI 7 update soon. It has a 13-megapixel rear camera with two-tone LED flash, phase-detection auto-focus (PDAF), resulting in a quick focus and a 5-megapixel front-facing camera with 85-degree wide-angle lens. 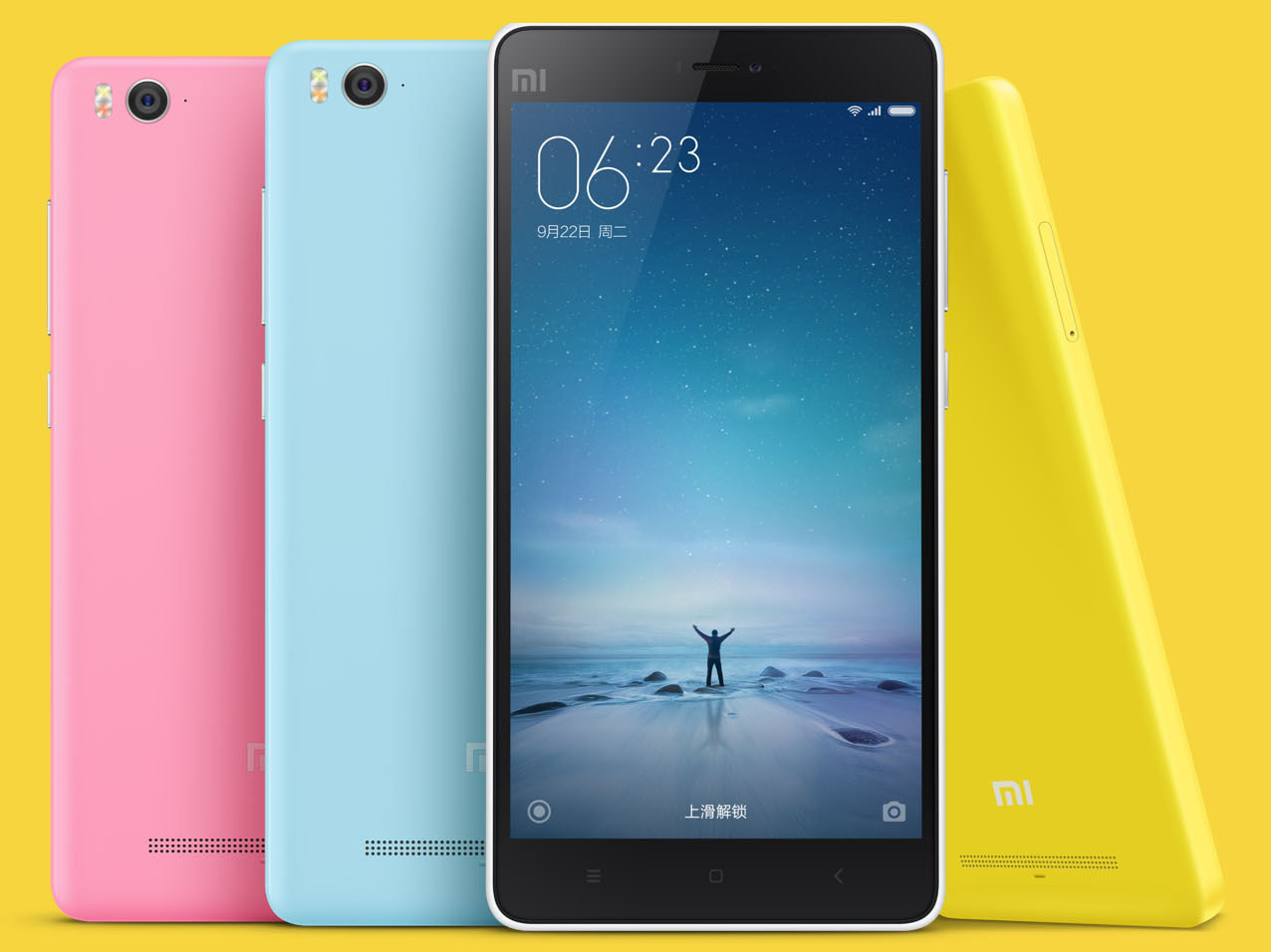 Alongside, the firm introduced new Mi Bluetooth speaker at the Mi 4c launch at the same event. The compact speaker that looks like a small pencil box has a full metal body and weighs just 270 grams making it easy to carry. It also has a microSD card slot to play music directly. It has a built-in microphone so that you can use it for calls when it is connected to your smartphone. 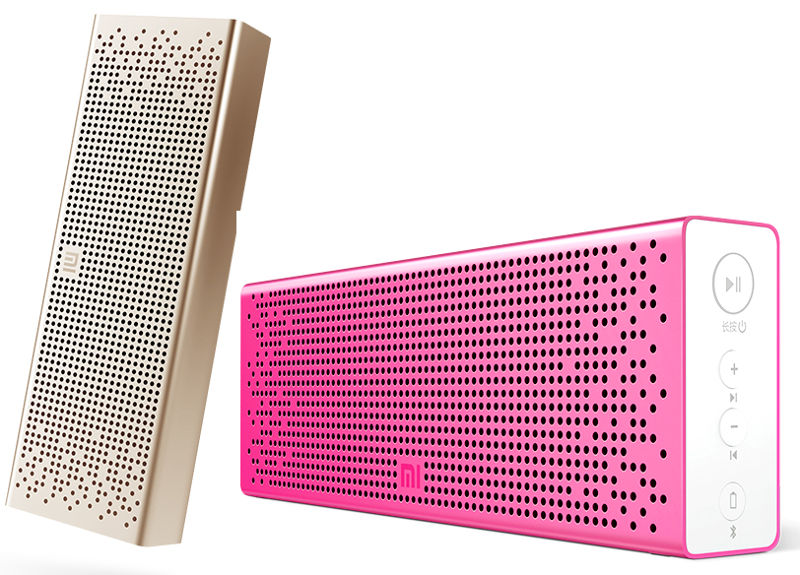 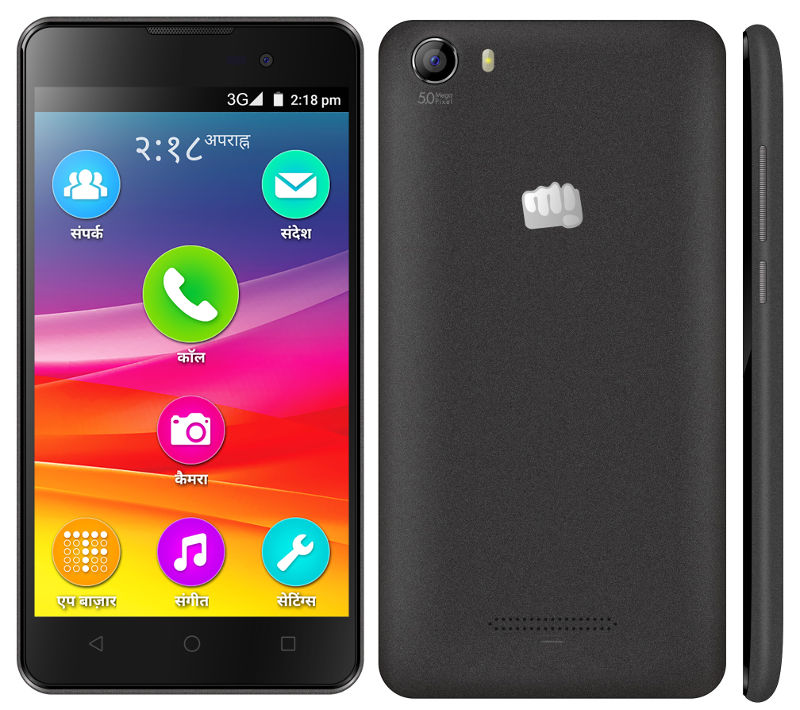 The Canvas Spark 2 comes with a 5-inch FWVGA display, is powered by a 1.3GHz quad-core processor coupled with 768MB of RAM, 4GB internal storage, and runs on Android 5.1 (Lollipop). It has a 5-megapixel fixed-focus camera with LED flash and a 2-megapixel front-facing camera.

The Canvas Fire 4G was first announced earlier this month at a MediaTek event in Delhi. It features a 4.5-inch display, is powered by 1GHz quad-core MediaTek MT6735M 64-bit processor coupled with 1GB of RAM, and runs Android 5.1 (Lollipop). Other specifications include a 5-megapixel auto focus rear camera with LED flash, 2-megapixel front-facing camera, and 8GB of internal storage with expansion slot. 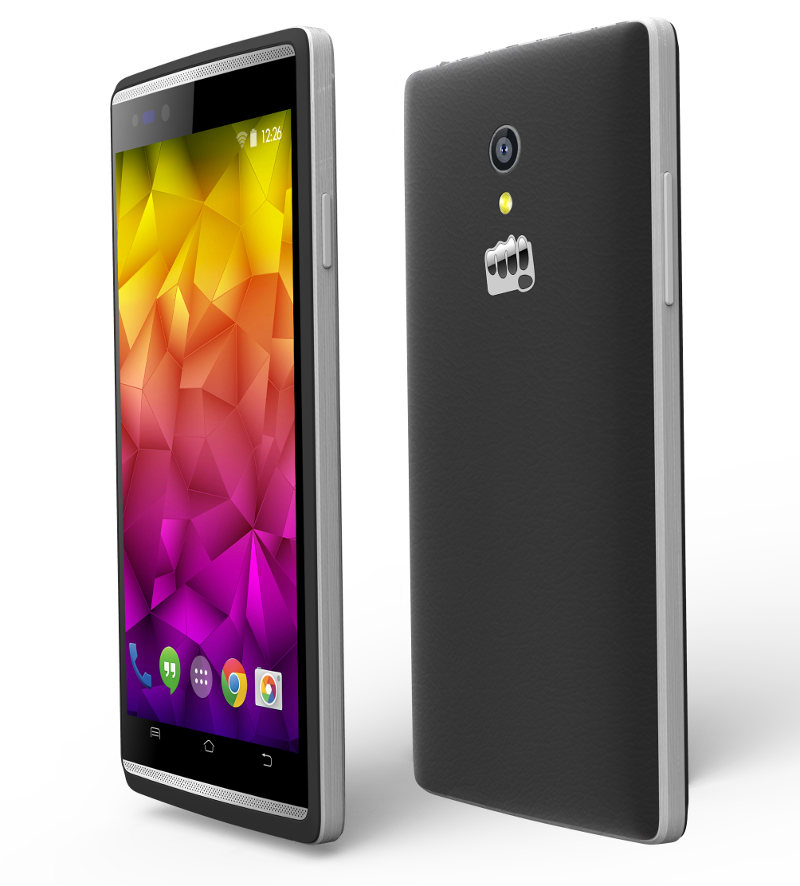 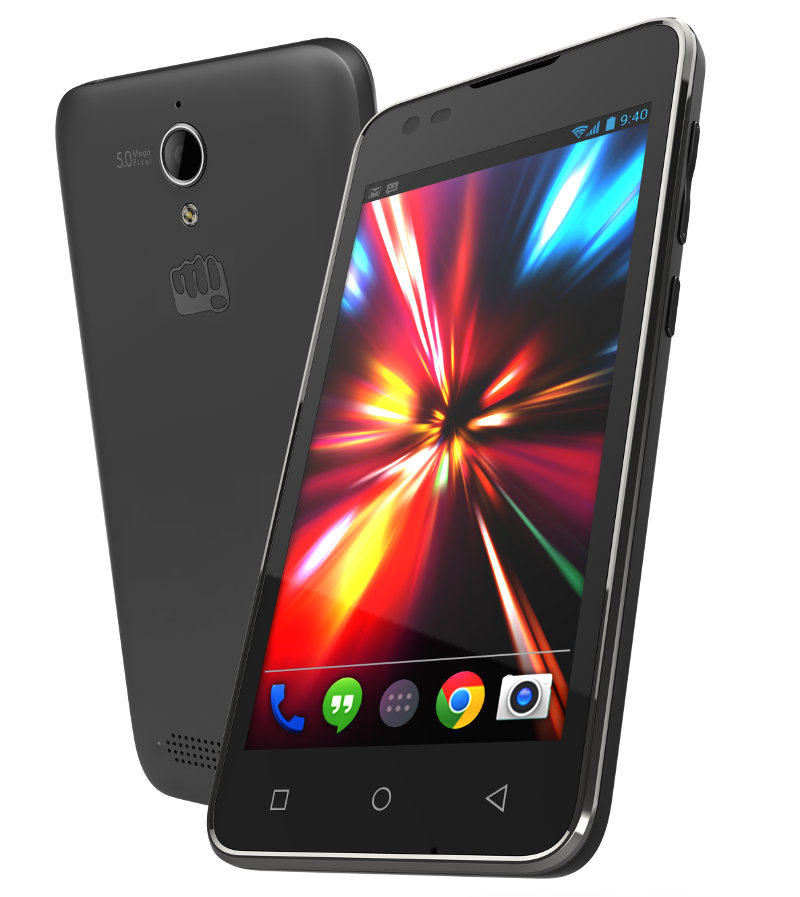 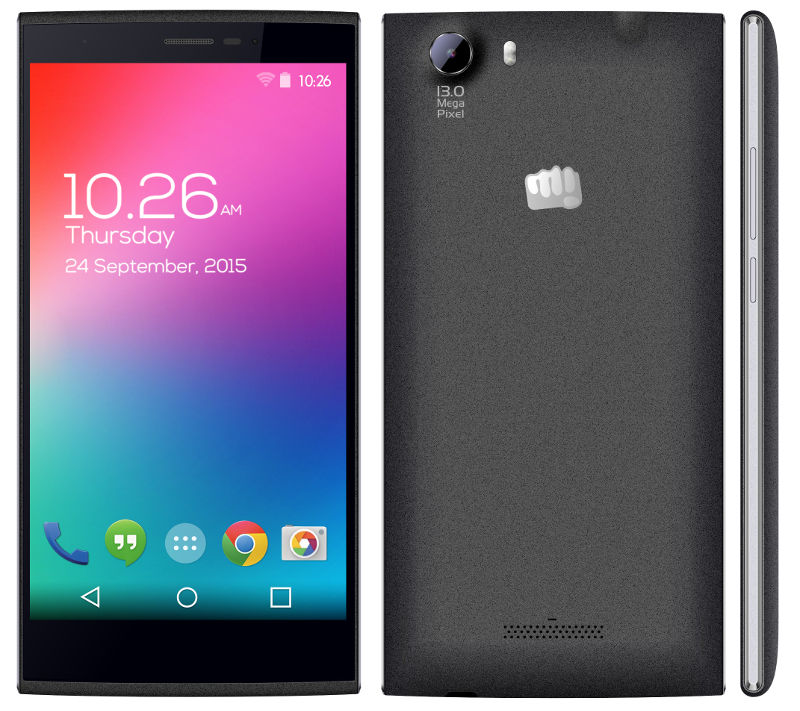 All these smartphones are dual-SIM device with support for 4G connectivity with TDD B40 2300MHz and FDD B3 1800MHz bands for India.

Asus launched a new smartphone dubbed the Zenfone Go in India at Rs. 7,999. It packs a 5-inch HD display, is powered by a quad-core MediaTek MT6580 SoC coupled with 2GB of RAM and 8GB of internal storage with expansion slot, and runs on Android 5.1 (Lollipop). It has dual SIM support, but only supports 3G connectivity. 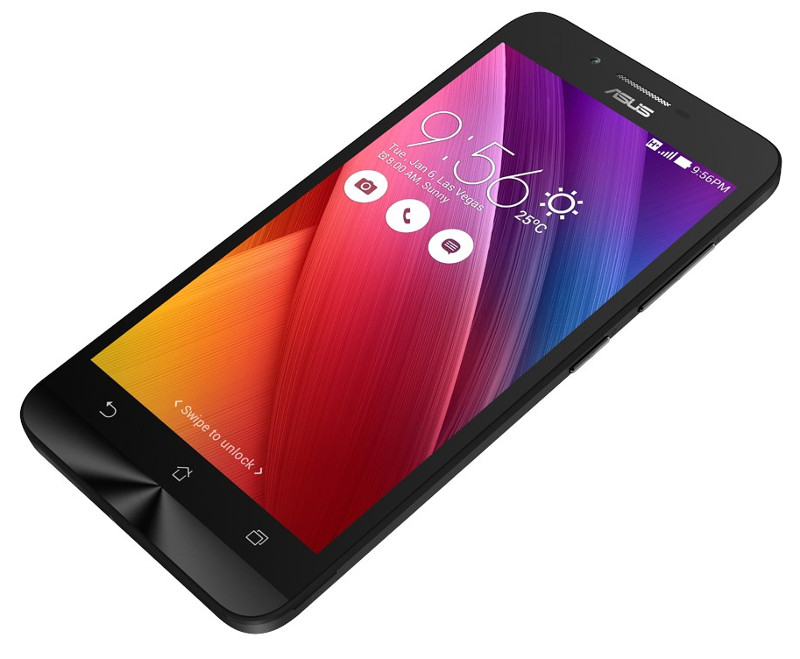 The Asus Zenfone Go comes in Pure Black, Ceramic White and Glamour Red colors. It is available at all ASUS exclusive outlets, retail stores and Flipkart. 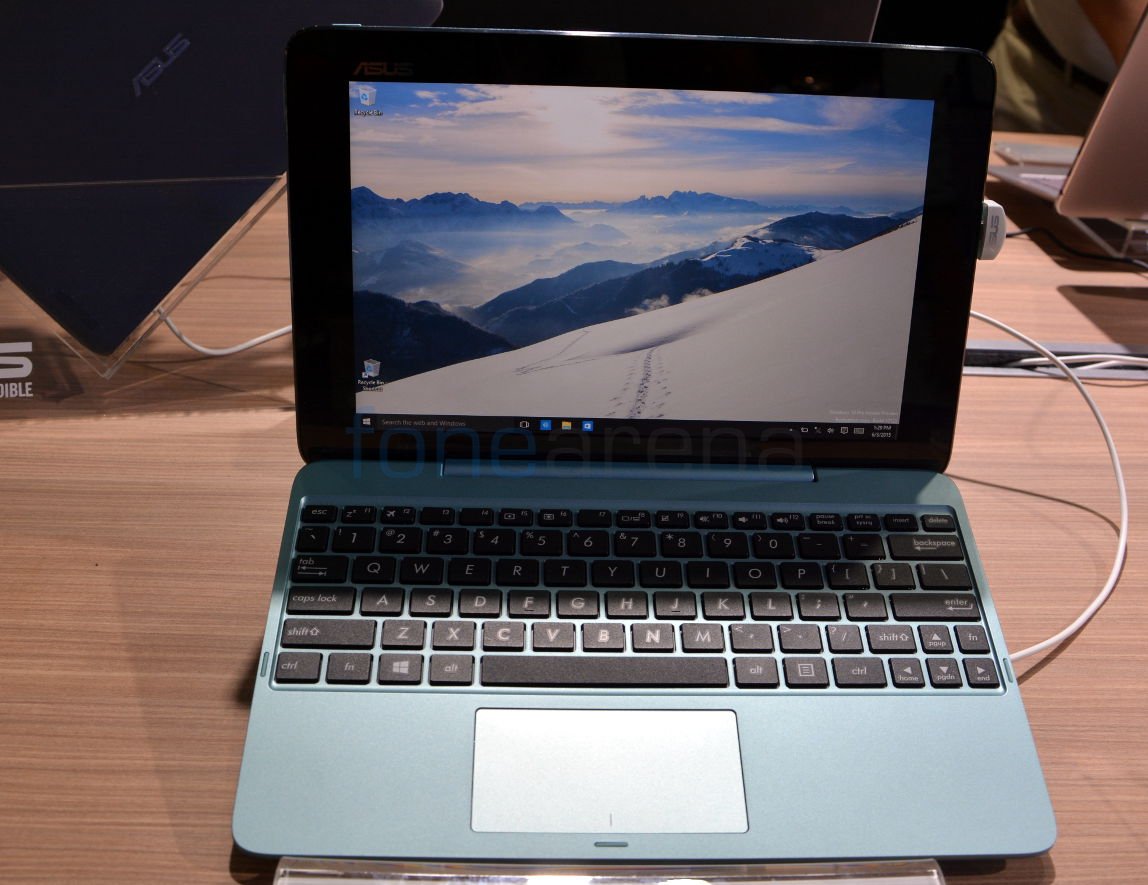 The ASUS Transformer Book T100HA and Flip TP200SA will be available later this month in the U.S. for $299 and $349 respectively.

Gionee launched Pioneer P3S, the company’s latest smartphone in the P series and the successor of the Pioneer P3 in India. It has a 4.5-inch FWVGA display, is powered by a 1.3 GHz quad-core processor and runs on Android 5.1 (Lollipop). It packs a 5-megapixel rear camera with LED flash and a 0.3-megapixel (VGA) front-facing camera. It comes with dual SIM support with dual standby and 3G support. 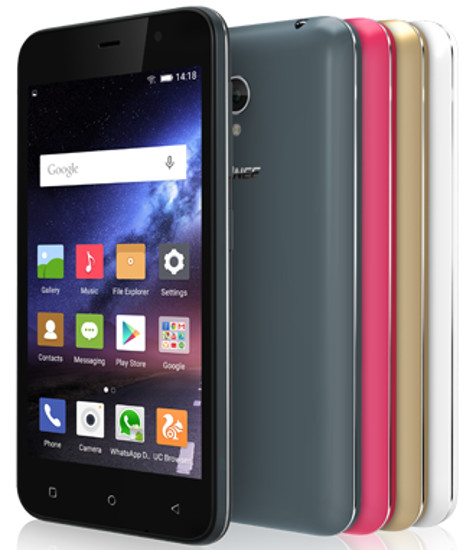 The Gionee Pioneer P3S comes in White, Grey, Red and Golden colors and is priced at Rs. 5,999.

Lenovo finally launched the Vibe Shot in India. It’s the Lenovo’s camera-focused smartphone that was first announced back in March at the MWC. The Vibe Shot packs a 5-inch 1080p display, is powered by an octa-core Snapdragon 615 SoC and runs on Android 5.1 (Lollipop) with new Vibe UI on top. The main highlight of the smartphone is its 16-megapixel rear camera with Optical Image Stabilization, tricolor flash and infrared autofocus the promises 2 times faster focus than normal autofocus. It also has an 8-megapixel front-facing camera. 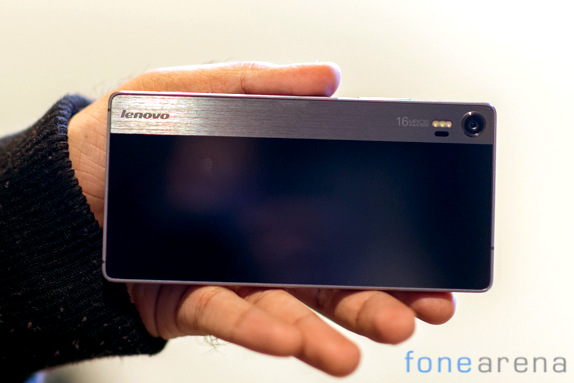 The Lenovo Vibe Shot comes in Carmine Red and Graphite Grey colors and is priced at Rs. 25,499. We went hands-on with the Vibe Shot at MWC, check out the video below.

The company also launched its compact PC stick running full Windows – the Lenovo ideacentre stick 300 at Rs. 9,999. Lenovo is calling it Stick PC 300 in India. It was announced back in June and is similar to the Intel Compute Stick that will let you transform your TV or monitor with a HDMI port to a full-fledged PC. Check full details here. 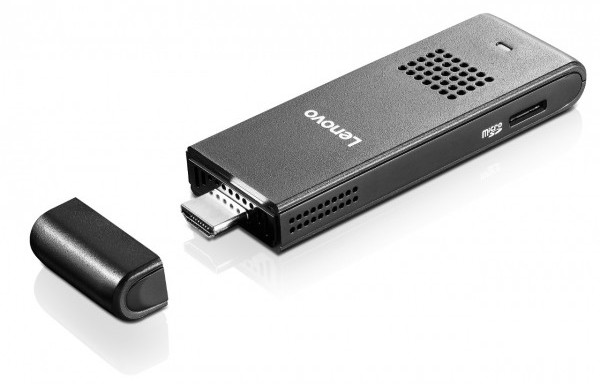 The InFocus M812 has a 5.5-inch 1080p display, is powered by a 2.5 GHz quad-core Snapdragon 801 processor and runs on Android 5.0 (Lollipop) with Inlife UI. It has a 13-megapixel rear camera with true tone LED flash and a 8-megapixel front-facing camera. It features an anodized aluminum unibody design, is 7.38mm thick and weighs just 120 grams. It also has 4G LTE connectivity that includes 4G bands for India. 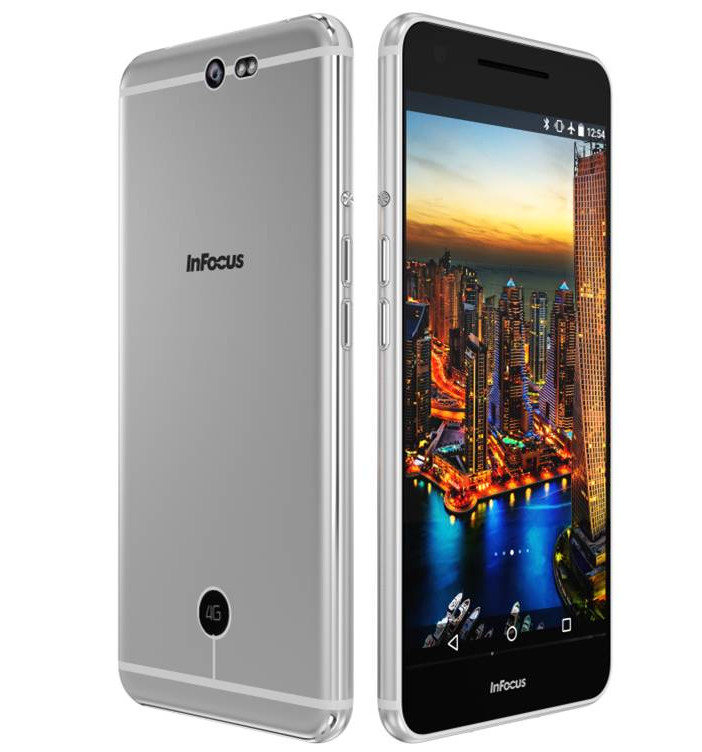 Notion Ink launched its new Cain Signature Black Edition version of 2-in-1 that comes with an Active Stylus pen for sketching, drawing and scribbling and Windows 10 out of the box. The stylus pen that is worth Rs. 3,200 is compatible with all other capacitive touch devices as well.

The Notion Ink Cain Signature Black Edition comes in Metallic Back with Grey Shade color and is priced at Rs. 20,990 for the 64GB variant that is available exclusively from Snapdeal. It also comes in 32GB variant for Rs. 18,990, which will be available soon. Checkout full specifications here. 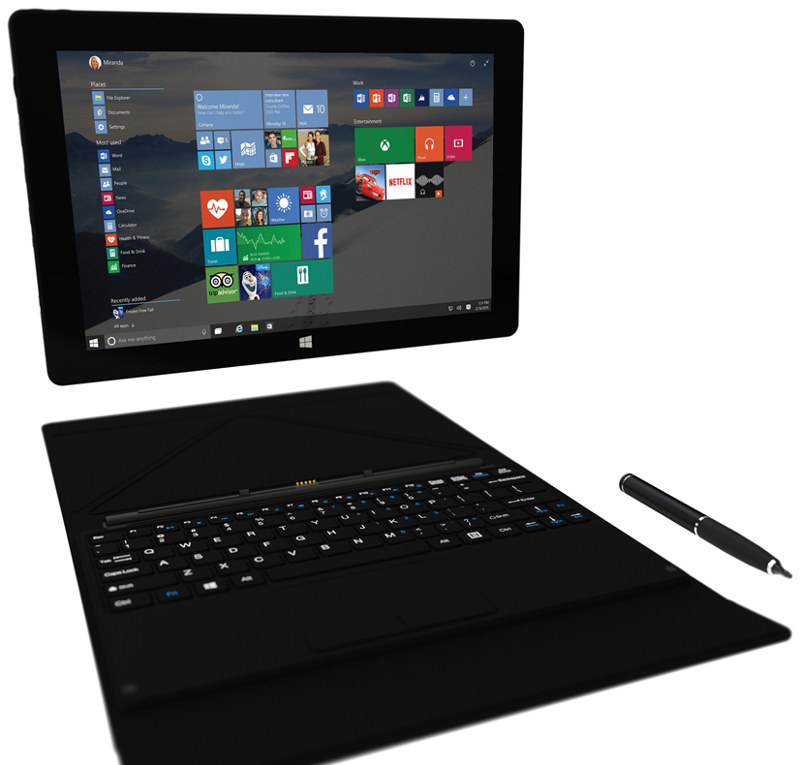 It has a microphone for voice actions and connects to both the iPhone and Android devices, displaying notifications, controlling music and other smartphone features remotely and running Pebble apps, of which there are more than 6,500 available. Charging for 15 minutes will provide a day of use, while a full charge takes about 45 minutes, says company. 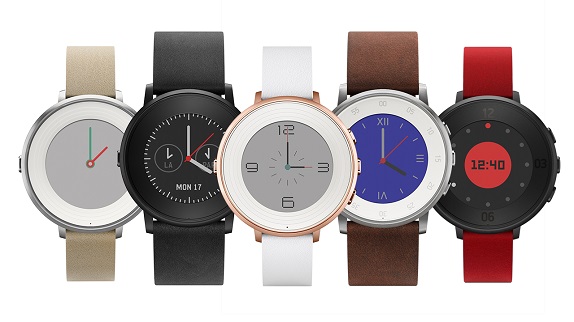 The Pebble Time Round is available for pre-order for $249.99 from Pebble’s website, as well as Best Buy, Target and Amazon in the U.S. The watch will start shipping and will be available at other U.S. retailers in November. Retail availability will begin later this year in the U.K., followed by EU retailers early next year.

Samsung and Oculus unveiled a new version of Gear VR headset this week. The new Gear VR is compatible with whole 2015 line of Samsung Smartphones including the Note 5, S6, S6 Edge, and S6 Edge+.

The Samsung Gear VR is 22 percent lighter than previous Gear VR Innovator Edition and gets an improved touchpad that provides easier control to access films, gaming, 360 degree video and experiential content available for Gear VR. It also comes with new foam cushioning to make the device more comfortable to wear. 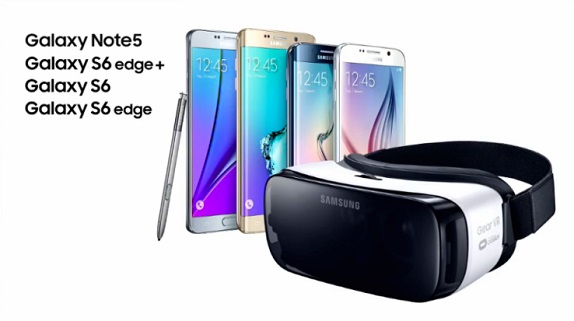 The Samsung Gear VR will be available in Frost White for $ 99 and will ship in November before Black Friday in the U.S., and will head worldwide shortly after.

WorldSIM announced the Neuvo Smart Watch that comes with a 3G SIM card slot and enables users to make and receive calls, send SMS messages, get email notifications and browse the web. The smart watch comes with a built in pedometer, sleep monitor and sedentary reminder to help keep you active and monitor your progress. It also has a tracking function for monitoring your sleep. 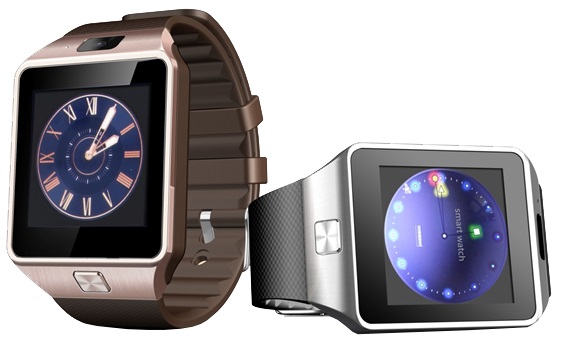 The WorldSIM Neuvo smartwatch sports a 1.56 inch touch screen and comes with an international SIM card that offers free international roaming in almost 100 countries. It has a 2MP camera built in to the strap and speakers built into the watch face to play music or listen to calls. The storage space on the smartwatch can be expanded upto 32GB.

LG officially announced a new all metal-body smartphone dubbed the LG Class, after several rumors. It has a 5-inch HD display with a curved glass offering a 3D effect, is powered by a quad-core Snapdragon 410 64-bit processor and runs Android Lollipop. It has a 13-megapixel rear camera with LED flash and a 8-megapixel front-facing camera, which uses the same 8MP sensor used in the LG G4. It has Gesture Interval Shot, Beauty Shot and more camera features. 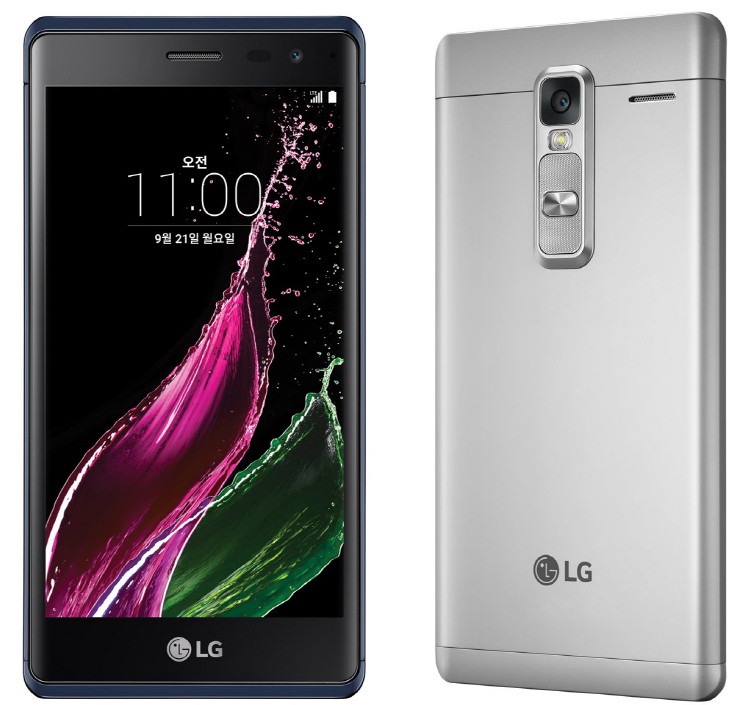 It also introduced new Wine Smart, successor of last year’s Wine Smart for global markets, including France, Italy, Poland, Spain, Kazakhstan and Japan last month. It was launched as Gentle for LG U+ in Korea in July. Today the company has launched the smartphone as Wine Smart Jazz for other two major Korean carriers SKT and KT. 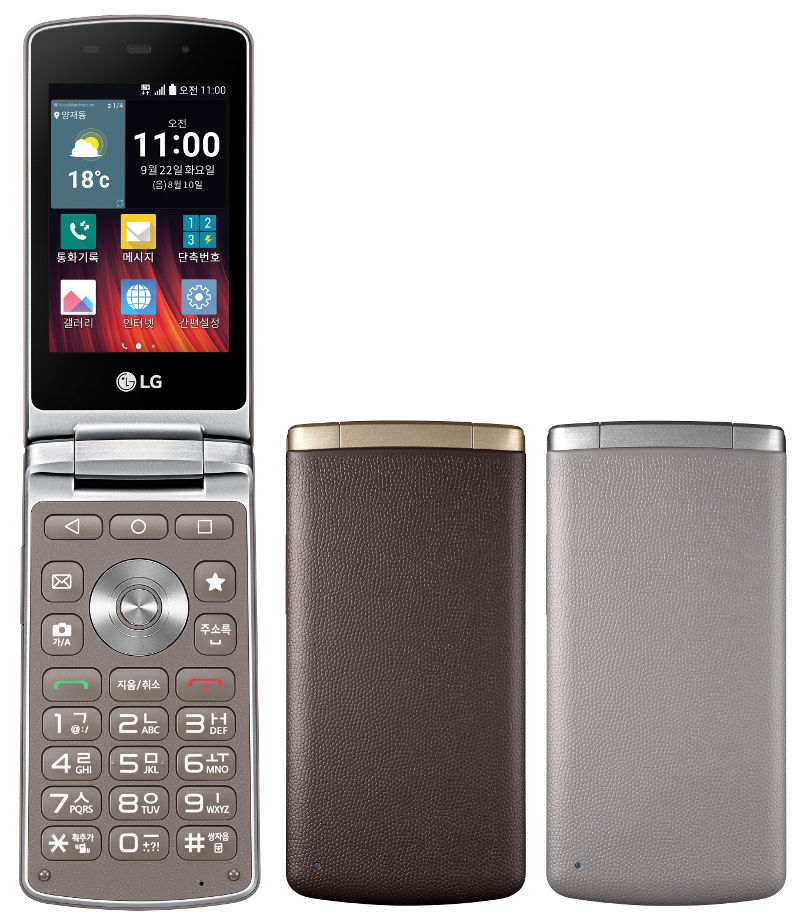 LG announced that the domestic LG Wine series of smartphone sales have crossed 500 million. The Wine series is aimed at elderly people since it has a T9 keypad. It also has a dedicated Q button that allows users to instantly activate the most frequently used applications. Check full specifications here.